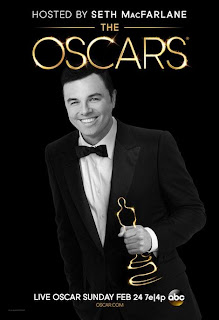 The 85th Academy Award nominations were announced today by Emma Stone and Oscar host Seth MacFarlane! Without any further ado, here are the nominees:

Best Picture
No surprises here, though some were probably hoping the Academy would go for a blockbuster and nominate The Dark Knight Rises. As it is, it's a great category, even if I haven't picked my favorite yet. I would not want to see Les Miserables win (even though I love musical theatre) because the direction and Russel Crowe's performance were just too bad to make this the best film of the year. Argo, Lincoln and Zero Dark Thirty are all interesting because they say something about America, and though two of them are set in the past, all three are relevant today. Still, Silver Linings Playbook was good and Django Unchained was too much fun to deny. 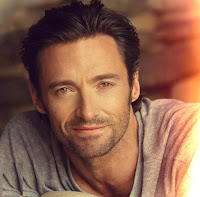 Actor in a Leading Role
I'm glad Joaquin Phoenix was nominated. Several prognosticators had been leaving him off their lists, probably because he's not been buttering up Academy voters and The Master was released in September. As good as he was, though, I'm having a tough time choosing between Cooper, Day-Lewis and Jackman. (I haven't seen Washington in Flight.) Day-Lewis was terrific, but that was to be expected. (Does that take away from the performance?) Jackman and Cooper truly impressed. This is definitely Cooper's best performance to date and what Jackman did in Les Miserables was nothing short of astonishing.

Actress in a Leading Role
Well, Rolling Stone movie critic Peter Travers got his wish: a nomination for Wallis. Having seen only two of the nominated performances, I might not be in a position to pick a favorite, though Chastain was sensational. The strength and passion and humanity she brought to CIA agent Maya was riveting, and she's been sweeping most other contests.

Actor in a Supporting Role
No nomination for Leonardo DiCaprio?!?! Unacceptable. Granted, all the nominated men gave great performances but what's with the lack of love for Leo? (If you want to know, I'd leave out Arkin (or even Waltz) to make room for my favorite actor.) I suppose it says something about the importance of supporting actors and roles that many terrific performances were not nominated. Besides Leo, Eddie Redmayne would have been totally deserving of a nomination for his work in Les Miserables, as would several of the other supporting players in Lincoln. As the category stands, though, it's a tough one. For me it comes down to De Niro, Hoffman and Jones, who were all good for different reasons.

Actress in a Supporting Role
While I don't agree with Weaver's nomination, nothing in this category is surprising. Hathaway has been campaign hard for this nomination and there's no doubt she'll continue to strive for the win. I'm rooting, however, for Adams, who was simply bracing in The Master. Adams has been nominated in this category before and I'd like to see her walk away with the award. (But I have a feeling we'll watch Hathaway fake cry as she feigns her way through an "I'm shocked and honored" acceptance speech.)

Directing
In the biggest, most egregious snub, Ben Affleck was left out of this category. Academy, what were you thinking? It's even more surprising since Affleck picked up a DGA nomination earlier this week. Usually, guild award slates are good indicators of what will happen in their respective Oscar categories. I'm also bummed Quentin Tarantino was not nominated, but feel Affleck's exclusion is the real oversight.

Adapted Screenplay
It makes me smile to see playwright Kushner nominated for an Oscar. I think, though, since Ben Affleck was grossly left out of the directing category, I'm rooting for storyteller Terrio.

Original Screenplay
I'm thrilled that Tarantino and Anderson + Coppola were nominated, but disappointed that the creative Rian Johnson was not nominated for Looper. Johnson's film was truly original and thoroughly fascinating. Plus, as Looper is a science fiction film, he had to create his own world and vocabulary in a way that, say, Gatins didn't have to for Flight. (Mind you, I haven't seen Flight, but I know the premise and I don't think there's anything outside-the-box about it.) With much love for Anderson and Coppola's quirky flick, I'm rooting for film fanatic Tarantino.

Original Score
I wish Jonny Greenwod had been nominated for his score for The Master. Greenwood added an extra character with his jarring score - it wasn't just background music. It was music with a purpose. 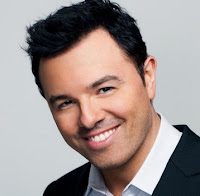 Yay!!! Not only is Seth MacFarlane hosting this shindig, but now he's an Oscar nominee! I was hoping he would be. Norah Jones recorded the song for the film, and I hope she and MacFarlane perform it on the telecast. As for the Les Miserables song: I can't say I thought much of it, but I'm glad that original composers Schonberg and Boublil were brought in to work on the new song (that was written specifically so the movie could be nominated in this category).

Costume Design
It's interesting to note that Ishioka and Atwood are both nominated for designing for Snow White films.

And there they are: the nominees for the 85th Academy Awards. Tune into ABC on Sunday, February 24, to see who wins, what everyone's wearing and what the versatile Seth MacFarlane does as host of the soiree. (And head over to oscar.go.com/mypicks to fill out your Oscar ballot!)

Head over to my Academy Awards Pinterest board for photos of nominees. I'll continue adding to it throughout the season and have full red carpet coverage on Oscar night!