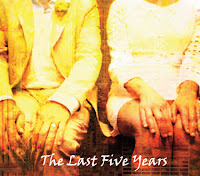 The Last Five Years
The seminal Jason Robert Brown musical is coming back to New York (to Second Stage Theatre, to be exact, and will be directed by the writer), and Broadway.com caught up with stars Betsy Wolfe and Adam Kantor to talk about bringing this beloved musical to life:

Justin Peck World Premiere Ballet
Next week, New York City Ballet will present its third Justin Peck ballet. In anticipation of the upcoming milestone, Peck spoke with Time Out New York. You can catch his latest work, Paz de La Jolla, on its world premiere night, January 31 and throughout the season. (You'll definitely want to see this. Year of the Rabbit, which premiered in the fall, was terrific, and there's great buzz around his first ballet for the company, In Creases.) Visit nycballet.com for details and to purchase tickets.

Oscars: Check out the latest Oscar poster, featuring host Seth MacFarlane →
Plus, this week we learned that in addition to the James Bond tribute, the Oscars will feature a tribute to movie musicals of the last decade, highlighting Chicago, Dreamgirls and Les Miserables. (Though, curiously, at least based on the press release, not Nine.) Read the press release for more.

The Feinberg Forecast (in which The Hollywood Reporter's awards guru, Scott Feinberg, breaks down the previous week and explains what impact it has on the Oscars) notes:
Check out the newest Oscar promo, in which "Seth MacFarlane Goes Psycho" (and watch the rest of them here!):

The SAG Awards will be handed out this Sunday night. Lots of stars will be on hand to present the awards, including Silver Linings Playbook's Bradley Cooper, Jennifer Lawrence and Robert De Niro; Les Miserables's Hugh Jackman and Anne Hathaway; Argo's Ben Affleck; The Newsroom's Jeff Daniels; The Impossible's Naomi Watts; The Good Wife's Julianna Margulies; and Viola Davis, Justin Timberlake, Taye Diggs, Liev Schreiber, Kerry Washington (a fellow GW alumna) and Neil Patrick Harris. Check out the full list of nominees and then tune in to TNT or TBS on January 27 to find out who's going home with an actor!

Aaron Tveit on Graceland
As you know, Graceland, the new USA show from White Collar creator Jeff Eastin, is set to premiere this summer and stars theatre favorite Aaron Tveit. Recently, Tveit talked to AfterElton about the show, and below, Entertainment Tonight offers a tiny sneak peek: 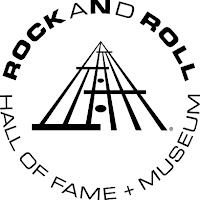 Rock and Roll Hall of Fame
On Wednesday, the Rock and Roll Hall of Fame announced speakers and performers for the 28th annual induction ceremony. As per the report in Rolling Stone and on the Rock Hall's website, Dave Grohl and Taylor Hawkins will induct Rush; Don Henley will induct Randy Newman; Jennifer Hudson and Christina Aguilera will induct the late Donna Summer; and John Mayer will induct Albert King and Gary Clark, Jr., will perform in King's honor. The Rock Hall has yet to announce who will induct or perform in honor of Heart, Public Enemy, Lou Adler and Quincy Jones, the latter two being recipients of the Ahmet Ertegun Award for Lifetime Achievement. The induction ceremony will take place in Los Angeles on April 18th and will be broadcast on HBO on May 18th.

Inside Llewyn Davis
The latest film from the Coen Brothers is Inside Llewyn Davis, and this week we got a look at the first trailer. The fictional tale centers on a young folk musician, the titular Davis, who is presented as a Bob Dylan-esque character. As Hit Fix reports, the film is loosely based on folkie Dave Van Ronik's memoir, The Mayor of MacDougal Street. Theatre veterans pop up everywhere, from Stark Sands (American Idiot) and F. Murray Abraham to Oscar Isaac (We Live Here) as Davis, and star alongside other favorites, like Carey Mulligan (Shame), Justin Timberlake (The Social Network) and John Goodman (Argo). Check out the trailer, below, and stay tuned for release details.