Your Mother's Copy of the Kama Sutra 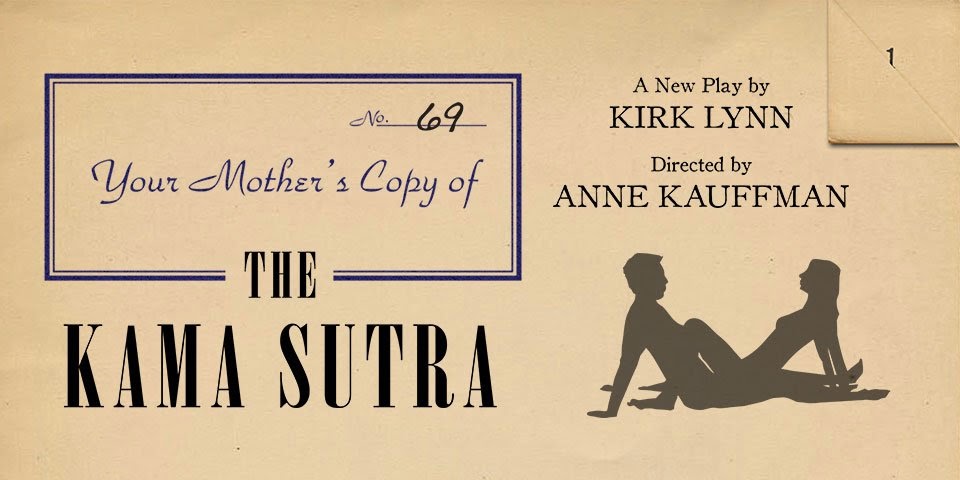 There’s nothing like a provocative title to titillate the senses, and Your Mother’s Copy of the Kama Sutra certainly provokes a reaction. The play itself, however, didn’t provoke in me a palpably strong reaction, making the experience not as good for me as it was for playwright Kirk Lynn.

The two-act play opens with a couple, Reggie (Chris Stack) and Carla (Zoe Sophia Garcia), in the midst of foreplay: Reggie is blindfolded and Carla is teasing him, directing him around the room, commanding him to remove different articles of clothing. Reggie becomes impatient, rips off the blindfold and asks Carla to marry him. She agrees, but on one condition: in the year leading up to their wedding, they will not only tell each other about every sexual encounter they have had but also reenact them.

Prudes needn’t worry. There’s little sexual simulation on stage. The play, set both in the mid-1990s and early 2010s, is ultimately about trust within relationships, and what role complete self-disclosure plays. (Interesting side note: The day I saw the play, I stayed for the post-show discussion, and coincidentally, there was a couples sex therapist in the audience. I believe “self-disclosure” was the term she used for this kind of total baring of the soul and more.)

Lynn’s play, directed by Anne Kauffman (Detroit, Maple and Vine) shifts in tone, pace and time, but not in theme, in the second act, weaving together the adults and kids we saw only separately in the first act. (There’s nothing Lolita-ish happening. Don’t worry.) It plays out more like a well-made play, adhering (mostly) to the conventions of time and space, and in doing so, develops an emotional core. (The tonal shift was a little jarring at first, but upon reflection, it seems it had to be that way—we had to go through act one in order have an act two with any heft.)

While I didn’t have a strong visceral reaction to the play in production, I cannot stop thinking about its theme and the questions it raises. Reggie and Carla seem to equate sexual honesty with emotional intimacy. Carla says they need to go through this exercise, traumatic as it might be, so that the two can be woven together as one. But is that necessary?

I can understand disclosing all the information—you want to learn where the land mines are before you move there, so to speak—and being able to tell these most-private happenings to someone can connect you and foster emotional intimacy. What I am having difficulty understanding is why they needed to act out their histories.


One could make the argument that if you’re willing to enact all your sexual encounters—good, bad, scarring—with your partner then you can trust that person with anything and in any situation. But what does it say about your partner and how much you can trust the person if s/he makes you reenact, and not just talk about, a traumatic experience? Furthermore, is that the only way to have an open and honest, trust-filled relationship with someone? Certainly not.
off-Broadway play playwrights horizons