Justin Peck Talks Ballet 422
While Ballet 422 is screening at the Tribeca Film Festival (I saw it on Wednesday), the documentary's subject, rising choreographer and NYCB soloist Justin Peck, spoke to the New York Post about choreographing and dancing, and what it was like to watch himself work. (The documentary follows Peck as he creates Paz de La Jolla, which premiered at City Ballet in January 2013, and was the 422nd ballet created for the Company, hence the title.) 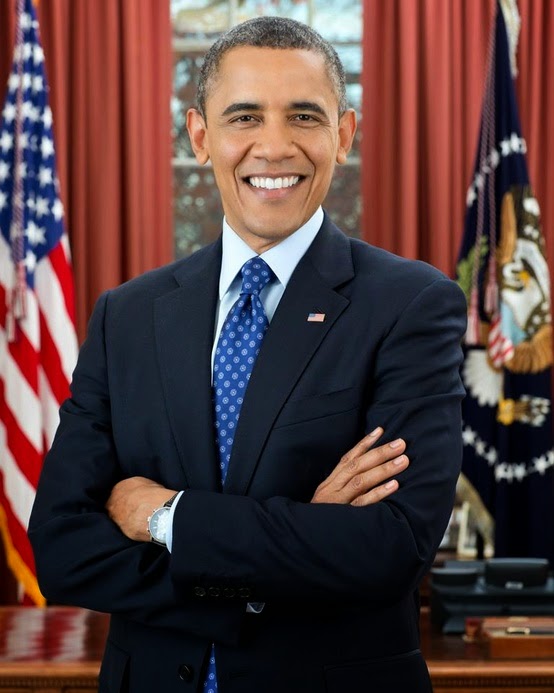 Time 100 Most Influential People
Time magazine has released its annual list of the most influential people, and it's a pretty decent list! You can visit Time.com for the full list; herein, some notable honorees:

Tony Eligibility Rulings
Now that the Tony deadline has passed, the Tony Awards Administration Committee met for the final time this season, ruling on the eligibility of productions and performers in 18 shows. Unless listed below, all decisions are consistent with opening night credits; that is, if an actor is billed above the title, s/he's eligible in the Lead Actor category, if below the title, s/he's eligible in the Featured Actor category. Tony nominations will be announced on Tuesday!
Tony Pop Up Shop
For the first time ever, there will be a Tony pop up shop in Times Square! The shop is located in the Paramount Hotel (on 46th Street, between Broadway and 8th Avenue), and is open every day from 11am to 8pm, now through June 8 (Tony Day). In the pop up shop, Broadway fans will have the chance to browse through and shop for Tony-related merchandise, as well as baubles from this season's shows. "Memorabilia celebrating the last 68 years of the Awards will also be on display," states the press release. So the next time you're in the theatre district, take a trip over to 46th Street and get your Tony Award gear!

Shakespeare in the Park Casting
Additional casting has been announced for the first of this summer's two Shakespeare in the Park productions, Much Ado About Nothing. Joining the previously announced Hamish Linklater and Lily Rabe (who've appeared together in SITP before, as well as in Seminar) are Tony Award winner Brian Stokes Mitchell (Ragtime, Women on the Verge of a Nervous Breakdown), Steel Burkhardt (Hair), John Glover (Death of a Salesman), Pedro Pascal (Game of Thrones, Graceland), John Pankow (Mad About You) and others. (Broadway.com has the full cast list.) Much Ado About Nothing begins performances at the Delacorte Theatre in Central Park on June 3, with opening night set for June 16. Directed by Jack O'Brien (Catch Me if You Can), the limited engagement is scheduled to conclude on July 6. To learn more about Shakespeare in the Park, including how to obtain tickets, visit shakespeareinthepark.org or the Public's website. 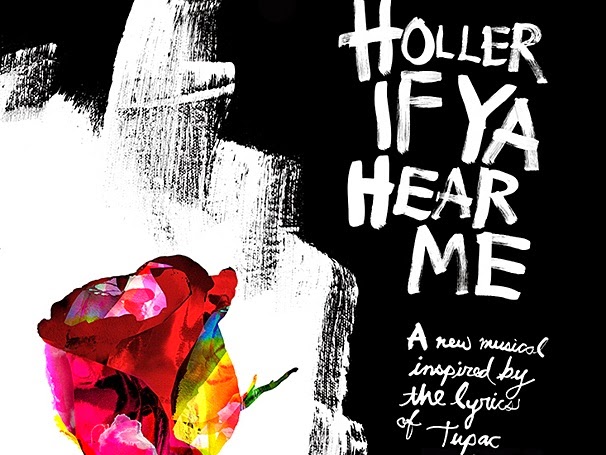 Holler If Ya Hear Me Renovates Theatre
To create a more intimate feeling in the spacious Palace Theatre, with its tiered levels and opulent decor, the creative team, including director Kenny Leon and scenic designer Edward Pierce, are orchestrating a $200,000 renovation. Changes include extending the stage over the orchestra pit and replacing the typical Broadway seats in the orchestra with stadium- or movie theater-style seats. (The latter move reduces the theatre's capacity from 1,740 to 1,120.) As Broadway.com reports, Pierce says, "everybody in those first few rows can basically high-five the actors. They're that close." Featuring the music of Tupac Shakur, Holler (which is not biographical) begins previews on  June 2 (this is a change) in advance of a June 19 opening. 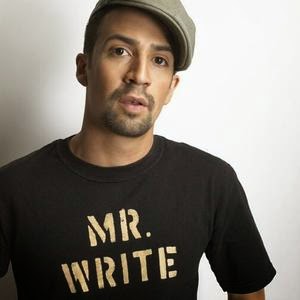 Public Theater Announces Season
The venerable off-Broadway institution has announced its full 2014-2015 season, and it looks like it will be a good one. In addition to the previously announced premiere of Lin-Manuel Miranda's Hamilton, the Public season will include six world premieres and one New York premiere. Included in the season is Rock Bottom, a new musical (to be presented at Joe's Pub) co-written by Beastie Boys' Ad Rock! Plus, we'll get to see The Fortress of Solitude, a new musical by Itamar Moses (Completeness, Nobody Loves You), Michael Friedman (Bloody Bloody Andrew Jackson) and Daniel Aukin (Bad Jews). Visit publictheater.org to learn about the full season and to become a Public member, which gives you advance access to tickets for all shows.

Outer Critics Circle Award Nominations
The OCC nominations were announced, with A Gentleman's Guide to Love and Murder leading the pack with 11 nominations. (The OCC covers New York theatre for out-of-town media outlets.) A notable omission is that of If/Then and its leading lady, Idina Menzel, from the Outstanding Musical and Outstanding Actress categories, but the original musical wasn't completely shut out. Also of interest, Lady Day at Emerson's Bar and Grill, in which Audra McDonald channels Billie Holiday, is nominated in the musical category, even though some argue it's a play with music (see Tony rulings above). Herein, some other notable nominees: (visit Broadway.com for the full list of nominees)

Drama League Awards
Just a day after the OCC Award nominations were announced, the Drama League Award nominations were announced. These awards honor excellence in Broadway and off-Broadway; productions are nominated, and a slew of actors are nominated for a Distinguished Performance Award, and only one performer will be selected as the winner. An actor can win this honor only once in his/her career. (Also note that Cabaret was ineligible in the production categories, having won in 1998; performers in this iteration were eligible.) Herein, nominated productions and some of the Distinguished Performance nominees: (visit Playbill for the full list of nominees)

Drama Desk Nominations
Theatre award season is definitely in full swing. The Drama Desk Awards honor Broadway, off-Broadway and off-off-Broadway, and will be presented on June 1. Laura Benanti will host the ceremony. Herein, some of the nominees (visit Broadway.com for the full list):

Recent Openings
The Tony eligibility deadline was yesterday, April 24, and that means that a slew of shows opened this month in the hopes of garnering some Tony love. Herein, in case you missed them, reviews of some of the recently-opened shows: (note that other shows opened, but I haven't seen them)
Check back on Tuesday, April 29, for the full list of Tony nominees! (The Tony Awards will be held on Sunday, June 8. Hugh Jackman is our host.) 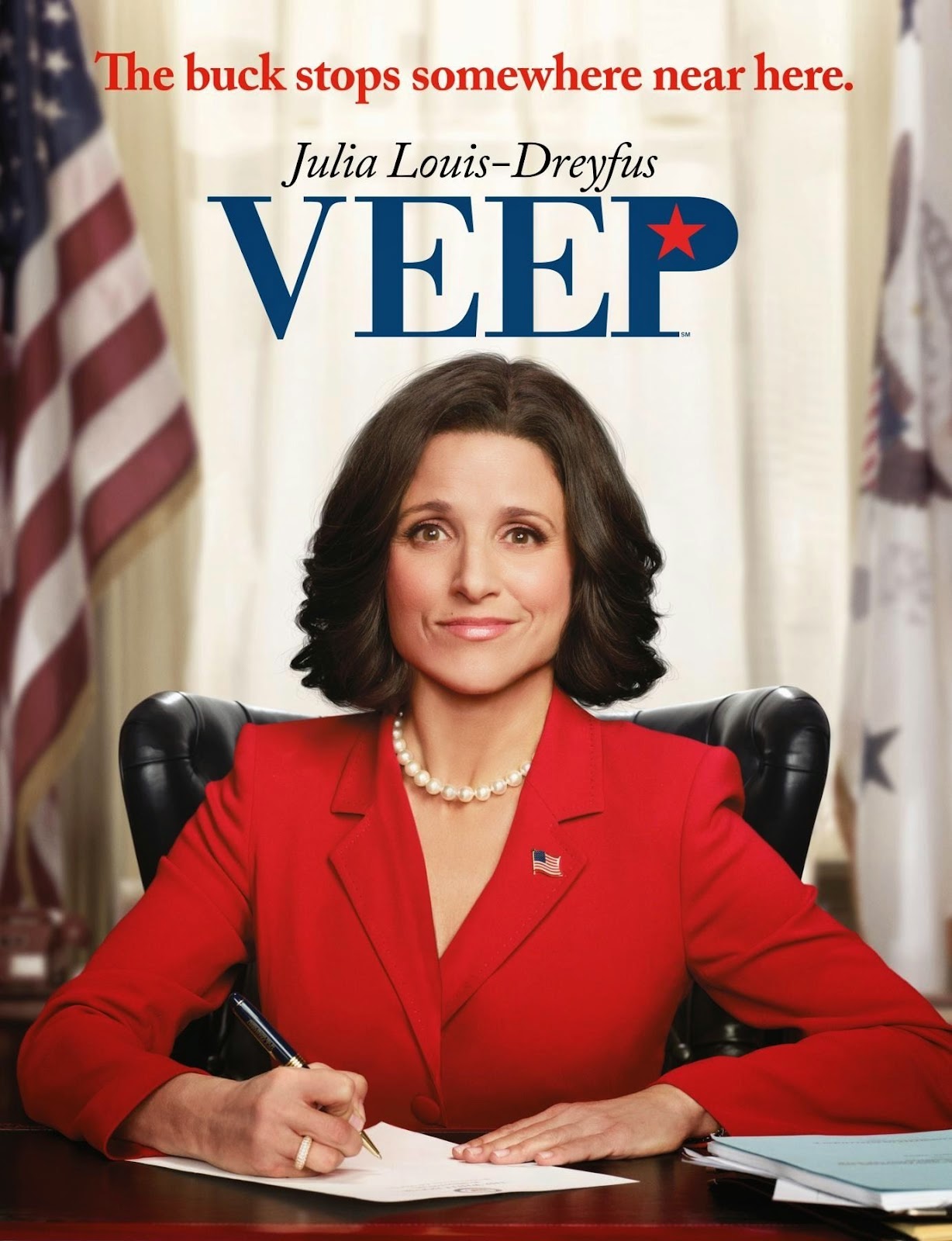