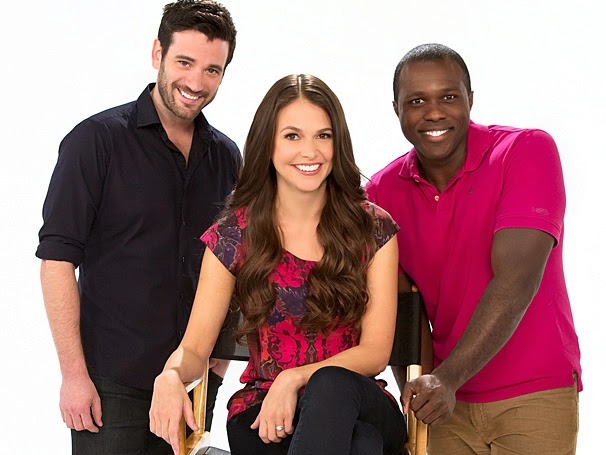 It’s always a treat to watch Sutton Foster on stage. Reteaming her with her Anything Goes co-star Colin Donnell is de-lovely. Add Tony Awardnominee Joshua Henry to the mix and you have a winning leading trio. But even with the right elements, a show can still disappoint, or at least not wow you. Such is the case with Violet, the Jeanine Tesori-Brian Crawley musical that’s been knocking around off-Broadway since the late 90s and is being given its first Broadway bow by the Roundabout Theatre Company.

Violet tells the story of a young woman, our title gal (played by Foster), who has a scar on her face (think Tyrion Lannister after Black Water). When we meet her, she’s getting on the bus to head to Oklahoma, where she plans on visiting a televangelist who she thinks will make the scar disappear, and, in turn, make her beautiful. On the bus, she meets Flick (Henry) and his pal, Monty (Donnell), servicemen both. It’s September 1964 and they’re traveling through the South, so Flick, an African-American, knows a thing or two about being treated adversely because of your looks. 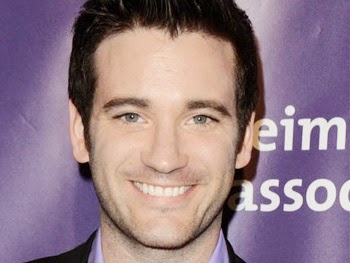 It has the makings for a moving coming-of-age story, and at times it lives up to those expectations. But despite an oft-times effective bluegrass score (music by Tesori (Fun Home); book and lyrics by Crawley), sprinkled with gospel numbers and heartfelt “I want” ballads, Violet just misses the mark.

At one point in Violet’s life, the show was two acts but this is the express bus. This iteration, directed by Leigh Silverman (The (curious case of the) Watson Intelligence) and based on last summer’s Encores! Off-Center concert, has been streamlined into one 90-minute act. This marks my first exposure to the piece, but I wonder if something got lost in translation. Sitting through Violet, I felt like we were hitting most of the important mileposts, but not like I was actually on the journey with Violet. This was sort of the glossy retelling of the story, lacking sincere depth.

Fortunately, the terrific cast made up for the underwritten story. Colin Donnell (Merrily We Roll Along) is the all-American bro, a good looking guy (even better in uniform), not quite a gentleman and someone who has no problems with the ladies. Donnell adds shades of vulnerability but never loses the brash and bravado that makes Monty a foil for Henry’s Flick. For his part, Joshua Henry (American Idiot, The Scottsboro Boys) does terrific work. Henry reveals layers within Flick, a person who is both strong and compassionate, a dreamer and a realist. And Henry’s voice is just out of this world. 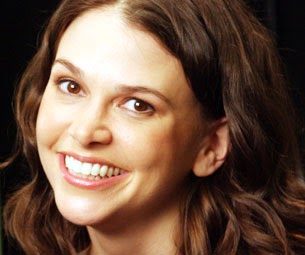 Carrying the show is two-time Tony Award winner Sutton Foster. Appearing in dowdy garb (costumes are by Clint Ramos), the typically luminescent Foster disappears into Violet’s self-pitying, letting her cardigan swallow her whole. But Violet has a feisty side to her, and Foster comes out swinging. During Violet’s climactic showdown with her father (Alexander Gemignani), Foster imbues Violet with inner strength she probably didn’t know she had.

It’s compelling material. And thought provoking, too. Violet’s journey asks us to question our beauty ideals, and why we (particularly women) place such high importance on other people’s opinion of our outer beauty. Even so, I simply didn’t connect to the material. But I’m a New Yorker and there’ll be other buses.
Broadway Colin Donnell Joshua Henry musical Roundabout sutton foster