The US has a black president. We supposedly live in a post-racial society. If you're paying attention, though, you know that's not the case. On a recent episode of Real Time with Bill Maher, Ben Affleck (Argo, Gone Girl) got into a heated argument with author Sam Harris and the show's host. They were debating religion, its effects on society and its adherents, and whether one religion was better or worse (or more damaging) than another. (They were talking, in particular, about Islam.) Just a couple of weeks later, professional bloviator Fox News personality Bill O'Reilly got in the ring (on The Daily Show) with Jon Stewart, and the two "discussed" the issue of white privilege. Stewart, being the sensible one, argued that, of course, it exists.

Clearly, we're not in a post-racial or post-religious society (the latter will never happen). There are still racists and prejudicial people by the score, many of them with a microphone. Yet we tend to sweep these things under the rug until a critical mass is reached and someone (or something) explodes. And that's the point of Ayad Akhtar's Pulitzer Prize-winning play Disgraced, now on Broadway after a well-received run off-Broadway a couple of years ago. (The play is set in late 2011 and early 2012; it had its world premiere (in Chicago) in 2012, shortly before playing at Lincoln Center; it won the Pulitzer in 2013.)

With a couple of establishing scenes to start, the meat of Disgraced is scene three. Two couples are gathered for dinner in a spacious Upper East Side apartment. (The entire play is set in the apartment.) Amir (a strong Hari Dhillon) and his wife, Emily (Gretchen Mol), are hosting Isaac (Josh Radnor) and his wife, Jory (Karen Pittman). Amir left Pakistan when he was a young boy, and has rejected his identity as a Muslim. Emily is a beautiful blonde white woman, a shiksa goddess if there ever was one. Amir is a lawyer and works with Jory, a black women; Emily is a painter and is set up professionally with Isaac, an art dealer, of sorts, and a white, neurotic New York Jew. (Amir's nephew, Abe (Danny Ashok), is not a dinner guest but figures prominently in the inciting action.) Once social niceties are dispensed with, the conversation escalates to an impassioned debate about race, religion and culture, showing how we can't all just get along. 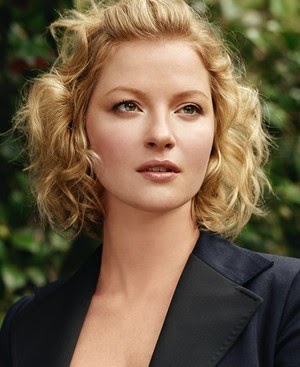 Though some of the speeches come off as pedantic or as if the characters were sermonizing (or like Akhtar was working through some of his own feelings), the way the exchanges come about are natural (within their context). What separates this from many of the pieces that endeavor to look at race relations in our society is that this holds a mirror up to liberals. Emily and Isaac, the two white people in the play, are naive; they think they are so evolved when it comes to their understanding of race and religion because they are married to non-Caucasians. (It's like the, "But my best friend is black," defense.) But they confuse color-blindness with true understanding, and come to realize that they, too, have prejudicial notions or beliefs, even if they are difficult to uncover.

For Amir (as well as Abe), it's about the struggles—even all these years later—of assimilation. Both men, for example, changed their names. (Amir only changed his last name, but he tries to pass himself off as Indian, not Pakistani and not a Muslim; Abe changed his first and last name, and has experienced smoother sailing since.) And both men struggle with squaring their historic and cultural identity with the modern, actual world. They feel put upon, burdened, attacked—even disgraced—by their peers and their heritage, and the need to reconcile those feelings fuels intense and damaging encounters.

This is a well-crafted play, and the talented ensemble, directed by Kimberly Senior, do the modern classic justice.