The New York City Ballet fall season is well under way. For the Company's fall gala (held September 23), choreographers once again teamed up with fashion designers to either refresh older works or complement new ones. (Scroll down to watch the Designing the Dance featurette.) That program was repeated last night, with an additional new ballet added to the program. 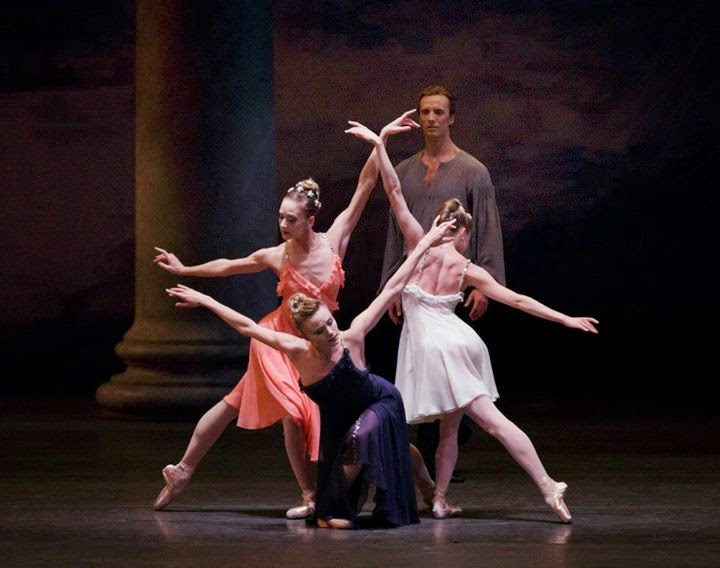 Opening the evening was Morgen, the 2001 Peter Martins ballet set to selections from Richard Strauss's "Songs for Soprano and Orchestra." (Jennifer Zetlan was the featured soprano.) Though the ballet premiered 13 years ago, this "revival" comes with a facelift. Designer Carolina Herrera created new costumes; the women's costumes are light and flowy, with unobtrusive sparkle details adding visual interest. 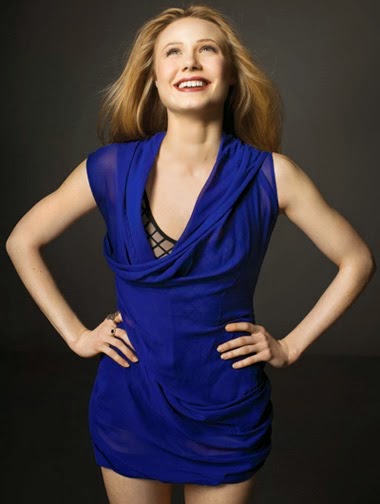 The ballet itself is sort of like that sparkle detail: pretty but unobtrusive. I felt rather disengaged throughout. A series of pas de deux for six dancers, the partners change with each vignette. Maria Kowroski begins by floating around, and with each partner, her long body is shown off and accentuated. (All the men, Ask la Cour, Justin Peck and Amar Ramasar, are basically there to support and show off the women.)

Next is Sterling Hyltin. Her track is filled with series of stunning leaps and catches. She partners most effectively with Peck; they appear connected, smiling at each other and sticking several impressive "stunts." Rounding out the cast for Morgen is Sara Mearns, who brings her trademark intensity to the role. Coming out for her first pas de deux, with Ramasar, she enters like a tempest, and the two don't relent. Everyone dances beautifully in Morgen, but that's about all there is to Martins's ballet. 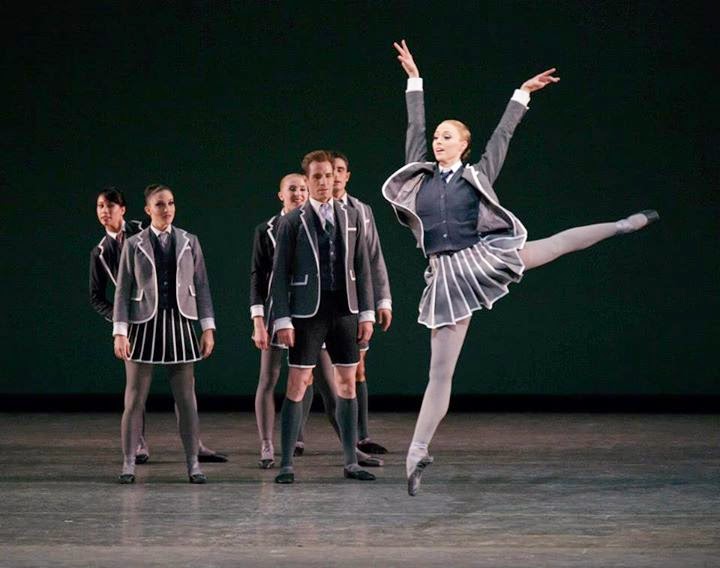 Here, he outfits the six dancers—Ashley Bouder, Claire Kretzchmar, Georgina Pazcoguin, David Prottas, Teresa Reichlen and Andrew Veyette—in school uniforms. But before the uniforms are revealed, the dancers are set in a tableaux while wearing heavy, grossly oversized coats. As the music begins, the coats fly up, leaving the dancers in their uniforms.

They go on to dance as if on a playground, one upping one another and letting loose. As they exit the stage, palpably exhausted, the coats drop back down. This cements the idea that the coats represent adulthood; once the facade of responsibility is lifted, the people are free to express their inner, child-like whims. It's a nice thought, though the ballet doesn't feel entirely fresh; rather, some combinations feel derivative. It is clear Schumacher is still developing his confidence and choreographic voice. 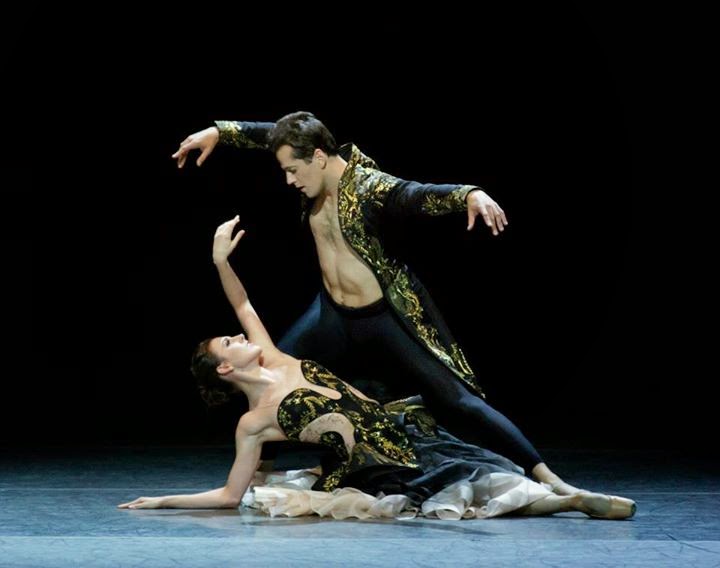 Next was Liam Scarlett's Funerailles, a pas de deux set to Franz Liszt's "Funerailles" from "Harmonies poetiques et religieuses." The music has deep and somber socio-political roots, and I suppose you could layer allusions to said roots on the ballet, but mostly I just thought it was a glorious seduction. 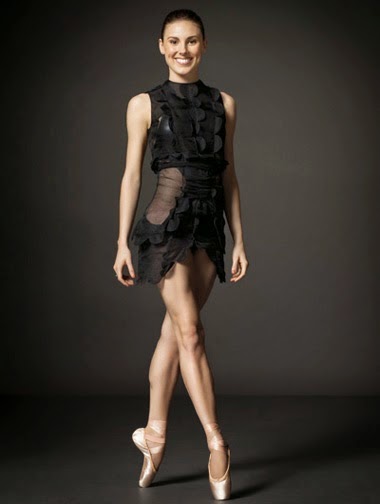 Newlyweds Tiler Peck and Robert Fairchild command the stage in Sarah Burton for Alexander McQueen designs. Fairchild is in black pants and a brocade coat while Peck is stunning in a corset that leads into a layered, full skirt. The two expert dancers (who will be taking a leave from City Ballet to star in upcoming musical theatre productions—Fairchild in An American in Paris, and Peck in Little Dancer) engage in a ravishing tete a tete. Aided by Mark Stanley's lighting, the power tips back and forth, almost as if this is a balletic distillation of Venus in Fur. I was much more impressed and involved in this piece than Scarlett's last work for NYCB, Acheron. I'll be curious to see how this ballet translates when other dancers are interpreting it. 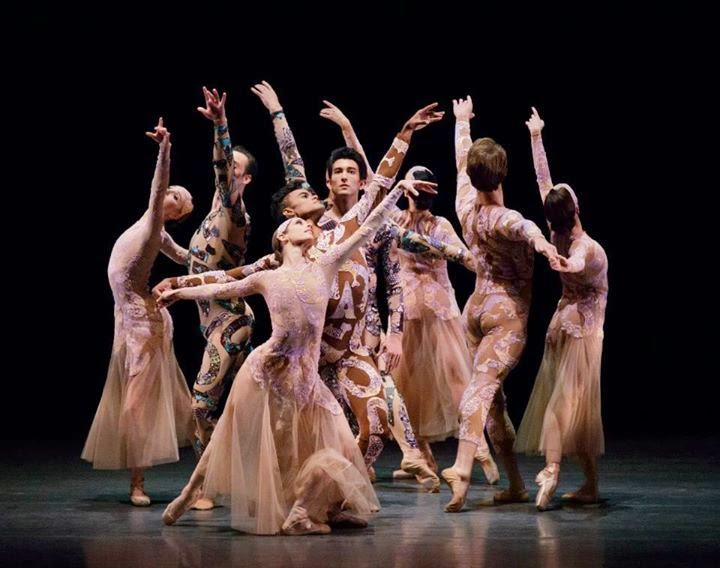 The final fashionable ballet (though still only the penultimate piece of the evening) was what I was looking forward to the most: the latest from NYCB's resident choreographer, Justin Peck (Everywhere We Go, Ballet 422). For Belles-Lettres, Peck uses Cesar Franck's "Solo de piano avec accompagnement de quintette a cordes," and teams with designer Mary Katrantzou.

The men, Jared Angle, Adrian Danchig-Waring, Taylor Stanley, Tyler Angle and Anthony Huxley, are in flesh-colored unitards adorned with bespoke lace letter appliqués. (Get it? Belles-lettres = beautiful letters.) The women, Lauren Lovette, Ashley Laracey, Brittany Pollack and Rebecca Krohn, also have the custom lace appliqués, with the lace ending below their hips, leaving their chiffon skirts to flow with their movement. (Head to my Couture Ballet Pinterest board for pictures of the all the new costumes.)

Belles-Lettres is, indeed, beautiful. You can see Peck's confidence as a choreographer is solidifying, in part because of the things he tries, but even more so because of the restraint he displays. Unlike Schumacher, Peck does not include any, "look at what I can make them do" moments.

It is a seemingly plotless ballet, but as the beautiful, romantic ballet continues, you can see relationships building. Huxley is not exactly a muse, but he is some sort of ethereal being, moving in and out of the other dancers, holding some sort of sway over them, and with the women reaching for him as they are held by their partners.

This is one of the smallest groups of dancers the typically ensemble-focused Peck has used recently, but he doesn't let that keep him from using his dancers and the ebbs and flows of the music to great effect, creating a grand ballet that makes good use of the stage and shows off his knack for staging tableaux. Belles-Lettres strikes me as the kind of ballet that that is open to interpretation, and one that boasts layers that will reveal themselves with each viewing. 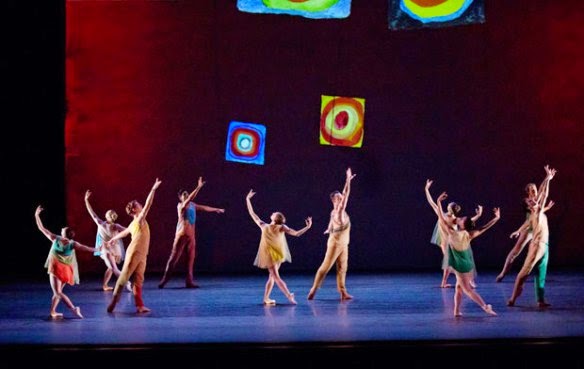 Bringing the evening to a close was the new Alexei Ratmansky (Namouna, a Grand Divertissement) ballet, Pictures at an Exhibition, which uses music by Modest Mussorgsky. It also takes inspiration from the Wassily Kandinsky painting "Color Study Squares with Concentric Circles." (Trust me: you know the work even if you don't know its title.) 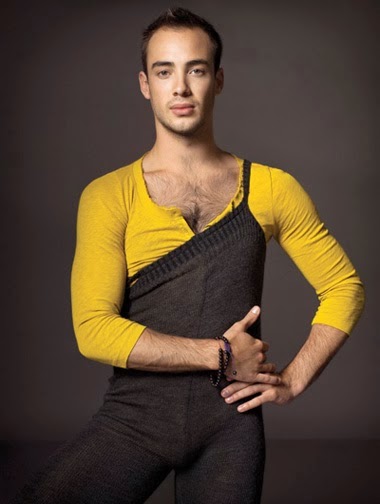 Pictures at an Exhibition is exactly that: a walk through a museum. We begin on the promenade, and it becomes our home base, the place to which we return in between different "paintings." The "paintings" are a series of abstractions, some pretty, some athletic, some funny and some spritely.

Sara Mearns and Amar Ramasar impress in "Baba Yaga," nailing intricate, agressive combinations. Tiler Peck is delightful in the brief "Tuileries." Gretchen Smith, Abi Stafford, Adrian Danchig-Waring, Gonzalo Garcia and Joseph Gordon all also do fine work, but the stand out is the pairing of Wendy Whelan and Tyler Angle in "The Old Castle." 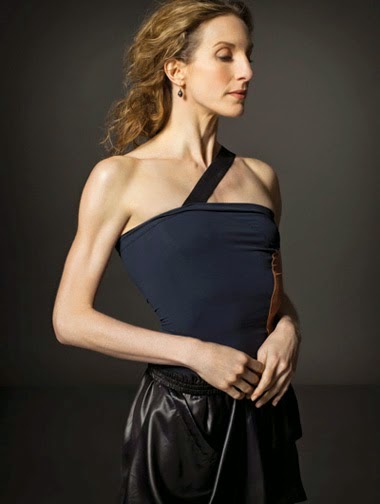 This marks the last role Whelan will create with the Company. The veteran dancer, who's been with NYCB for 30 years, retires from the Company this fall, and she will be missed. (I must note, though, that the Company has a deep bench, and there are several ballerinas—principal dancers—who remain exciting to watch.) There's nothing quite like watching the graceful, strong and unique Whelan dance, and here, she is evenly partnered with Angle, who is terrific; strong, emotional and technically marvelous. This fun, visually delightful ballet was a satisfying way to conclude the evening, especially given the way, during the curtain call, Tiler Peck looked at Wendy Whelan with joy and reverence.