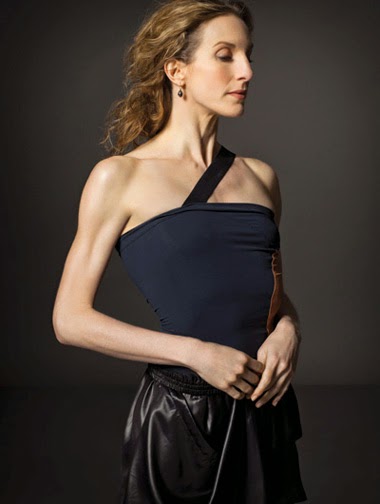 What a delight to get to be one of the few to witness Wendy Whelan's farewell performance. She's as fine a dancer as we're likely to see in our lifetime, and, beyond that, she's a wonderful role model for dancers of all ages and stages of their careers. A generous performer and a patient teacher, Whelan is the paragon of the prima ballerina.

She came into the company at the start of a new era for New York City Ballet. George Balanchine passed away while Whelan was an apprentice, and she never got to study directly with the founding choreographer. She came of age at NYCB as Peter Martins was finding his voice as Ballet Master in Chief, and as he attempted to make NYCB a living Company, not a museum. While Whelan danced Balanchine beautifully and created roles in Robbins ballets, she came to prominence when she hooked up with emerging choreographers Christopher Wheeldon and Alexei Ratmansky. Whelan originated roles in almost all of Wheeldon's NYCB ballets (including his breakthrough, Polyphonia) and all of Ratmansky's.

For her farewell performance, Whelan performed the Balanchine classic La Sonnambula, this time opposite Robert Fairchild. (Principals Sara Mearns, Amar Ramasar and Daniel Ulbricht also had featured roles.) This was an opportunity to see her dance more classic combinations. (It was also an opportunity for more dancers to dance one last ballet with Wendy. La Sonnambula requires an ensemble, and had the biggest cast of the night.) Next was an excerpt from Robbins's Dances at a Gathering, in which she shared the stage with Jared Angle, Abi Stafford, Rebecca Krohn, Adrian Danchig-Waring and Zachary Catazaro. This was a lovely piece to perform, as the ballet gives a feel of dancers playing together.

After that were excerpts from ballets by her two greatest collaborators, Ratmansky and Wheeldon. In an excerpt from Ratmansky's Concerto DSCH, Whelan danced with frequent partner, the passionate Tyler Angle, with Alina Dronova, Gretchen Smith, Lydia Wellington, Russell Janzen (who, as I predicted, was just promoted to soloist), Justin Peck and Joshua Thew as the "ensemble." Rounding out this portion of the evening was the After the Rain pas de deux, which always leaves me breathless. Whelan danced with Craig Hall for this moving Wheeldon number, and the two took multiple curtain calls while we all cheered their beauty.

(There was an intermission between La Sonnambula and Dances, and pauses between Dances and Concerto, and Concerto and After the Rain. Filling in the pauses were clips from an upcoming Wendy Whelan documentary in which the beloved dancer takes a look at her career, past present and future.)

After an intermission was the "piece d'occasion," By 2 With and From, a world premiere one–night–only ballet created for Whelan on the occasion of her retirement. Wheeldon and Ratmansky took rearranged excerpts from Vivaldi's The Four Seasons (new arrangements by Max Richter), and created a beautiful tribute to their dear friend. Danced with Tyler Angle and Craig Hall, By 2 With and From seemed to recap Whelan's storied career, including references to each choreographer's work. (Watch the flash footage of her final moments dancing at NYCB.)

Throughout all five ballets, you could see Whelan taking time to look into the eyes of each person lucky enough to share the stage with her, giving them encouragement and love. When she came out for her bows, she made a point to acknowledge her dance partners, and they were beautifully reverential of this true treasure. When Whelan came out for her final bow, Angle and Hall brought her flowers. Then Peter Martins did. Then Christopher Wheeldon. Then her former dance partner, Jock Soto. Then all the principal men, including some recently retired dancers, and then all the principal women. Recently retired couple Janie Taylor and Sebastien Marcovici paid their respects, as did the rest of the company; Jacques D'Amboise, former dancers; former teachers; and, finally, Whelan's husband, photographer David Michalek. (Read through NYCB's tweet from the night.) We stood and applauded the ballet great for, no kidding, at least a ten minutes, probably more like 15. We would have stayed and applauded all night if we'd been left to our own devices. (Watch the flash footage of one of the minutes of applause.)

Wendy Whelan is a beautiful, graceful, emotional dancer who truly connects with her partners, collaborators and audiences. I know I will never forget what it's like to watch her dance, and I will never take lightly the honor I felt at being present for her final performance, after 30 years, with New York City Ballet. Much love and admiration to the legend as she embarks on this new era in her career and life.
Several dancers posted photos throughout the week and on the special night, all reflecting on their time with Wendy Whelan. Here are some highlights:
Wendy posted a few of her own memorials: