As The Total Bent charts a musician's arc, we're presented with an exploration of the intersection of religion, politics, and art. One never existed without the other; any revolution in one was fomented by the others. Political revolutions were/are almost always in response to religiosity, and they've been spurred, bolstered, defeated, crystallized, or in some other way represented by art. If you know me, you know these themes resonate with me. The show, however, didn't quite work. 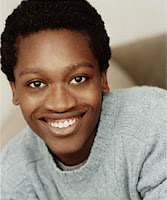 The latest offering from Stew (text and music) and Heidi Rodewald (music), the duo behind Passing Strange, focuses on Marty Roy (a phenomenal Ato Blankson-Wood), a young black man in Montgomery, Alabama, at the dawn of the Civil Rights Movement. The Total Bent opens, though, with Marty's father, Joe Roy (a captivating Vondie Curtis Hall) singing a would-be protest song (that features an electrifying blues strut). Joe and Marty quickly come to blows over music's place in the world, the importance (or lack thereof) of religion, and the potency of various Civil Rights advocacy techniques. What follows is, broadly, Marty's journey to understand what it all means.

That's a great set up, but there's a problem with the actual storytelling. This is being presented as a show—a musical in a theatre—so I have certain expectations of the narrative. The last 20 minutes of the show is mostly a concert. A ridiculously good concert, but a concert nonetheless. As the concert came to an end, I thought, "OK, but what about the story?"

To be fair, we get satisfying character development throughout the concert. (Shout out to Curtis Wiley and Jahi Kearse, who are energy personified as Marty's back-up dancers and singers in this section.) We see Marty fully owning all parts of himself and putting it out there. He takes command of his look and his message (think: an amalgam of Hendrix and Prince), and goes for broke. It's exhilarating to watch. But the father–son storyline is still largely unresolved.

There is also a palpable irreverence for the art form, which bothers me. Stew is part of the on-stage band (Rodewald is, too), and, throughout, he chimes in with smarmy, ironic comments on the goings on. It reminded me of why I was turned off by him when Passing Strange hit Broadway. He comes off as impressed with himself, and there's a hint of entitlement. I can't help but imagine his inner monologue, "I've been hit hard and struggled, but I'm a musical god so now you will listen to what I have to say." As if he has a monopoly on these feelings or a musical genre. Those smarmy, ironic interjections highlight this personality quirk, and read as someone who's too good for this forum. And nobody puts musical theatre in a corner.

Had The Total Bent, directed by Joanna Settle, been presented as a song-cycle in Joe's Pub, rather than as a musical in one of the Public's theatres, Stew's comments would have felt appropriate. In the context of a theatrical production, they seemed out of place and aggressive.

Which is a shame because that strident personality removes me from the experience. It makes me focus on Stew rather than the show and what Stew's stand-ins are saying and doing. I liked the music (gospel-tinged blues and soul-funk-rock songs), and I understand the passion for creating and expressing. I can also sympathize with someone fighting for social justice, trying to figure out who he is, and reconciling a complicated relationship with his father. But I just couldn't feel everything thanks to the abrasive artist behind the show.
Ato Blankson-Wood Heidi Rodewald musical off-Broadway Stew The Total Bent Vondie Curtis Hall