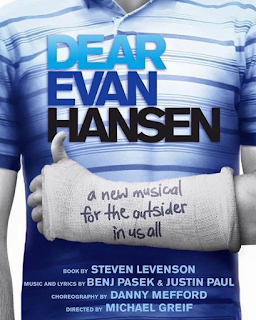 We're much more tuned into other people's lives—you can check in on people via an ever-growing number of social media platforms—but does that mean we're any more connected?

That seems to be at the crux of Dear Evan Hansen, a beautiful original musical that just opened at off-Broadway's Second Stage Theatre. Written by Steven Levenson (book) and Benj Pasek and Justin Paul (score), the show centers on Evan Hansen (Ben Platt), a high school senior whose awkwardness and social anxiety have kept him on the periphery of social circles. His therapist has given him an exercise: every day, Evan is to write himself a letter beginning with, "Dear Evan Hansen, today is going to be a good day because..."

One of Evan's letters ends up in the wrong hands. When it does, rather than set the record straight, Evan seizes on the opportunity to become known; to have friends; to get a taste of what he considers a good, normal family life. (Evan's parents are divorced; he lives with his mother, Heidi (Rachel Bay Jones), who is both a nurse and a student. Between picking up extra shifts to earn more cash and keeping up with coursework in order to become a paralegal, Heidi isn't home as much as she or Evan would like, but she tries and she cares.)

The plot, at times, feels like an unnecessary detour, but it is necessary, of course. It sows the seeds of an adolescent trying to figure out if there's a place for him, and a mother who, devastatingly, has to ask, "Who is Evan Hansen?" More important, it is a tool for exploring loneliness. I can't recall anything—a show, a movie, a song—that captured loneliness in quite the same way, and, because of that, Dear Evan Hansen wrecked me.

Universal as that theme is, Dear Evan Hansen is entirely modern. I remember how awful high school was, and so I relate to how Evan and some of his classmates feel. Yet I can't begin to imagine the added pressures and reminders of loneliness and opportunities for alienation that being a teen in the social media age brings. Scenic designer David Korins (Hamilton) and projection designer Peter Nigrini (The Heidi Chronicles) do a fantastic job of creating a space that engulfs Evan and company in social media. It's like it's a prison we enter voluntarily but can't seem to ever leave. (Their designs are complemented by Japhy Weideman's (Old Times) lighting design.)

Tony nominees Pasek and Paul's (Dogfight, A Christmas Story) score is good; solid, pop-inflected music that's aided by smart lyrics, layered lyrics that really tell the story. That's coupled with Levenson's (The Unavoidable Disappearance of Tom Durnin) book, which feels authentic and avoids being too self-aware. They and the cast are under the superb direction of Michael Greif (Next to Normal, Rent). I appreciated his sensitivity, and, in particular, that he was able to direct in such a way that people didn't laugh at what should be quiet, somber moments. (There is some welcome humor in the show, it's just saved for the appropriate times.) 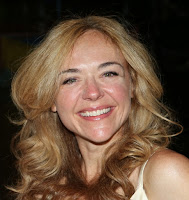 Highest praise to this great cast, led by Platt and Jones. Ben Platt (Pitch Perfect) is fantastic. He's nervous and earnest, unsure but trying, and he does a terrific job of physicalizing those characteristics. Rachel Bay Jones (Pippin, First Daughter Suite) is so affecting and vulnerable. I don't think she's capable of being inauthentic on stage.

Today is going to be a good day because Dear Evan Hansen is around, and someone who needs to is going to see it, and it's going to take away the sting of loneliness.