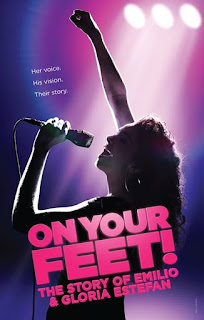 Gloria Estefan was right: the rhythm is gonna get you. Though it's been open since November, I only just recently saw On Your Feet, which tells Emilio and Gloria Estefan's story (using their music, of course). 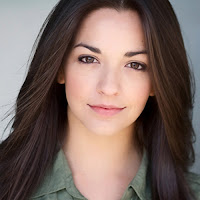 The show begins with a concert, which is a great way to immediately engage the audience. The incredible band, which includes actual members of Miami Sound Machine, get that rhythm going, and then Gloria (Ana Villafane, making an impressive Broadway debut) kicks it up a notch. We're then taken back to Gloria's younger days in Miami, and watch as she meets Emilio (a charming Josh Segarra) and takes up with Miami Sound Machine, much to the chagrin of her protective mother, played by the terrific Andrea Burns (In the Heights, Songs for a New World).

Academy Award-winning writer Alexander Dinelaris (Birdman) is entrusted with the book. He takes care to hit the highlights/important moments in Gloria and Emilio's career, though it never feels like he's just writing to the next song. There is enough substance there to get a real feel for what the Estefans went through. They were outsiders—both Gloria and Emilio were born in Cuba, and came to the United States as young children—and much of their struggle was to be taken seriously by the music business in all markets, not just the Latin ones. 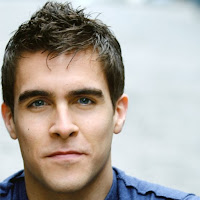 This is a bio-jukebox musical, so of course the story is craftily punctuated by Gloria, Emilio, and Miami Sound Machine's hits. Dinelaris and director Jerry Mitchell (Kinky Boots) do a good job of balancing the book with the score, but the songs really come to life thanks to Sergio Trujillo's choreography.

One of the things I've always liked about Trujillo's choreography is that he brings a different choreographic language to each show. The movement he incorporated into Next to Normal is entirely different from the dances they did in Memphis, for example, and he continues that trend with On Your Feet. The amazing and seemingly tireless ensemble have a specific dance vocabulary, one that reflects the time and culture depicted in the show. (A standout ensemblist is Carlos E. Gonzalez, though I'd be happy getting a dance lesson from any of them! Also, it's dazzling to watch the women's dresses, designed by ESosa, twirl and cut along with their hips and legs. ) 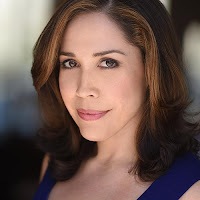 As you might expect from a bio-musical, there's a great deal of nostalgia involved. While the show takes some sobering detours (Gloria and her mother had a strained relationship at one point, and then there was Gloria's near-fatal bus accident), there's a definite party vibe in the Marquis Theatre. That vibe, combined with Gloria's greatest hits, like "Conga" and "Get On Your Feet," made me nostalgic for the early 90s, when Gloria Estefan and Miami Sound Machine were ever-present in my life.

As a young girl in South Florida, Gloria's music was the soundtrack to the bar/bat mitzvah circuit; I'd hear it Saturday after Saturday at friends' and family's parties. My nostalgia was buoyed by the closing mega mix, which brings the audience to its feet for a dance party. I haven't had that much pure fun at a show in a long time.
Alexander Dinelaris Ana Villafane Andrea Burns Broadway Emilio Estefan Gloria Estefan Jerry Mitchell Josh Segarra Miami Sound Machine On Your Feet Sergio Trujillo