I'm so Happy that he Hosted SNL 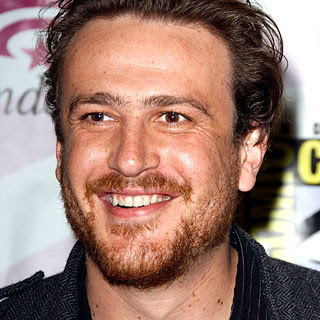 It finally happened, dear readers: Jason Segel hosted Saturday Night Live. And it was a great, thoroughly funny show. I was reminded of the episode two years ago (almost to the date) that Joseph Gordon-Levitt hosted. In both cases, the show had a versatile host who committed to the show and was game for anything. The result? A funny episode.
The show got off to a great start with "Mitt Romney: Raw and Unleashed," easily SNL’s sharpest political satire of the season. They included little moments, like Romney unbuttoning his jacket, only to later say, “This is making me uncomfortable,” that make the sketch elicit a smarter, deeper laugh.
And then came the great opening monologue:


Later, in a sketch that used several cast members (rather than featuring one member in a one-joke impression/character...) "Kelly Ripa" was auditioning new co-hosts. I don't know if others will feel this way, but I now love Abbey Elliot for her Zooey Deschanel impression. She got exactly what I don’t like about Deschanel: “You’re a woman, but I’m just a little bitty girl,” "Zooey" said. Deschanel trades on her quirk - it’s one note and it’s not very funny. Well done, Abbey!

Usually, my favorite part of each episode is Weekend Update. And it was full of great zingers last night. I liked John Huntsman’s self-effacing turn at the Update desk. By joking about himself, he endears himself to the public and gains a little national exposure. But my favorite part of Update was "Really!?! with Seth and Kermit," reacting to Congress approving guidelines that, regarding school food, declare the tomato paste on pizza a vegetable.

And even in the post-Update sketches, which are generally less funny than the ones up front, there were still laughs. For example, in "New Jack Thanksgiving" we had Toni, Tone, Tony Shaloub. (This is hilarious for anyone who remembers Toni, Tone, Tony!) And as someone who can quote all of The Princess Bride, I thrilled over "Andre the Giant Chooses an Ice Cream Flavor," which included a “Hello, lady!”
Fans, including me, have been waiting for years for Jason Segel to host SNL. He got his chance last night and didn't let us down. Congratulations, Jason!
Jason Segel SNL