I love writing and I love talking about writing, especially with other writers. (Talk to comedy writers about writing (and life) – you’ll get the funniest and most honest answers.) So it should come as no surprise that I delighted in Rebeck’s Seminar, a sharply observed look at the psychology behind writers. (One gem from early on in the play: “Writers, in their natural habitats, are like feral cats.”)

What propels all the talk about writing is—wait for it—a seminar. Martin (Hamish Linklater), Kate (Lily Rabe), Izzy (Hettienne Park) and Douglas (Jerry O’Connell) have congregated at Kate’s spectacular Manhattan apartment for the first in a series of private writing seminars conducted by writer-turned-lecturer Leonard (Alan Rickman). As the action of the play (which is really a character study, at heart) moves forward, Leonard pontificates on good vs. bad writing; female writers; the benefit of traveling to third-world countries; and more. And, because the characters are in mixed company, sexual tensions rise and fall, revealing interesting character quirks along the way. Also, writers drink a lot.

Bringing these writers to life is a great cast. Hettienne Park (most recently in The Intelligent Homosexual’s Guide to Capitalism and Socialism with a Key to the Scriptures) is serviceable as a subtly opportunistic writer. Making his Broadway debut is Jerry O’Connell, well known for his film work, including Stand by Me and a favorite blast from the past, Sliders. I had very low expectations for O’Connell so though his performance isn’t one for the history books, I was impressed. His Douglas is well-connected, though a bit dim, but fortunately O’Connell keeps him from falling into caricature territory. 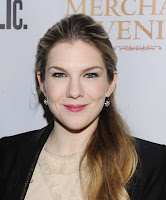 Lily Rabe, who reportedly gave a phenomenal performance in last season’s The Merchant of Venice, does great work here. Kate is a strong, capable, sometimes caustic woman but that doesn’t stop Rabe from finding honest and tender moments. Her droll voice lends itself to Kate, who is seemingly perpetually unimpressed. When you see this play, watch Rabe when others are speaking. She doesn’t upstage anyone, but she is undeniably present in every moment, and conveys more when she’s not talking than most actors do when reciting their lines.

Rounding out the company are two stellar actors, Hamish Linklater (The School for Lies) and Alan Rickman. Their characters’ relationship—though they mostly talk around each other—is really the crux of this play. It’s so fascinating to watch where they start and where they end up. And it’s because both actors attack their roles with ferocity and commitment. 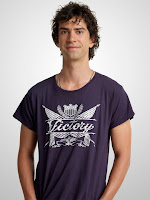 Linklater is fantastically twitchy and uncomfortable, putting up an unstable wall of false strength before allowing himself to be vulnerable. Rickman lays bare a defeated man. Leonard is teaching because he can’t “do” anymore. He can still write, but he can’t commit to the full process. Rickman finds beautiful shades of regret and passion within Leonard, which make the play’s climax all the more potent.

The scenic and costume design by David Zinn were spot on. In particular, I loved the sagging bookshelves in Leonard’s apartment, and the straight-from-Brooks Brothers outfits worn by Douglas. Truly, all the characters’ costumes spoke volumes about their place in the world.

Directing Seminar is one of my favorite directors, Sam Gold (The Aliens). This is easily the most active and talkative play I’ve seen him direct, and he does well. The jokes land where they should, as do the audiences' eyes. Once again showing a knack for pacing and quiet strength, Gold goes against conventional wisdom for the play’s climax. Instead of Leonard shouting out a diatribe, Gold directs Rickman to play it low, slow and steady, proving that power is not necessarily defined by volume or physical force.

It’s not often that smart, sophisticated plays—plays that don’t rely on cheap sight gags or easy laughs—make it to Broadway. With the winning combination of Theresa Rebeck’s unflinching writing, a noteworthy cast and Sam Gold’s expert direction, this limited run of Seminar is not to be missed.

Visit seminaronbroadway.com for more information and to purchase tickets.