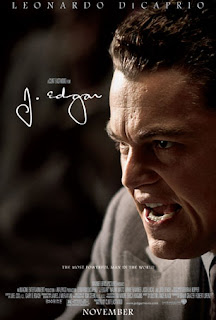 "What determines a man’s legacy is often what isn’t seen,” or so says J. Edgar Hoover in the new biopic, J. Edgar. Written by Oscar winner Dustin Lance Black (Milk), directed by Clint Eastwood and starring Leonardo DiCaprio, this film traces Hoover’s rise to power, and along the way, reveals some parts of his legacy the man may have wished remained unseen.

The story is told mostly through flashbacks, as Hoover is dictating his biography to a series of writers. This allows the storytellers (Black and Eastwood) to make leaps of time and logic without laborious exposition. Plus, it offers some interesting juxtaposition between young and old Hoover, showing off, ultimately, how little changes over the course of so many years.

Also helping to tell the story are the colors, or lack thereof, of the film. The entire film is rife with shades of gray, suggesting the murky morality marsh that must be traversed when on assignment for the FBI. The color scheme also reflects the questionable decisions Hoover made throughout his life, as well as (arguably) the veracity of everything that’s depicted in this film about a very secretive man’s life.

Much of the history of the FBI may be known to viewers, which makes the interpersonal relationships much more interesting. J. Edgar focuses on three key relationships in Hoover’s life. 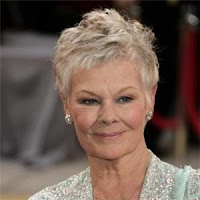 His first (and perhaps most indelible) influence is his mother, portrayed with astonishing zest by Dame Judi Dench. Annie Hoover’s a piece of work, instilling delusions of grandeur in little Hoover’s mind, delusions that will turn into an insatiable lust for power and control. Keen observers will also notice how mommy dearest’s points of view and parenting style lead J. Edgar to a life of secrecy, denial and repression. 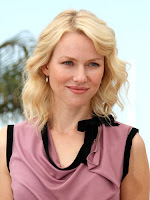 Hoover’s second important relationship is with Helen Gandy (Naomi Watts), his lifelong secretary. (Think Mrs. Landingham, except younger and with a fumbled romantic beginning.) Hoover values loyalty above almost all else, and Gandy is nothing if not loyal. She reminded me of the long-suffering sports widows who are devoted to their husbands but receive little to no gratitude for their efforts. Hoover shows his affection by trusting Gandy, but does little else to show he cares. And that may have something to do with his third very important relationship.

Clyde Tolson (Armie Hammer (The Social Network)) was Hoover’s second in command and, according to this telling of Hoover’s life and many long standing rumors, also his life partner. Hammer gives a transcendent performance. He easily goes toe to toe with DiCaprio, revealing all the pent up frustration of living a life according to someone else’s rules (but dutifully caring for that someone anyway) while also capturing the excitement of being in love. There’s a moment toward the end of the film in which Hoover kisses Tolson’s forehead. Even with all the make up on his face, you can still see the joy radiating from Hammer as Tolson and the love of his life share a tender moment. He’s really terrific in this, and I hope he’s remembered this award season.

At the center of all this is the incomparable Leonardo DiCaprio as J. Edgar Hoover. True to form, he never makes a false move. I was taken aback by how young the veteran actor looked when we first met young Hoover. I was later struck by his vulnerability during a tense Hoover-Tolson scene. It’s an emotionally charged, manic scene and during its climax, Hoover says, “I love you, Clyde.” In that moment, DiCaprio’s face looked like that of a scared, lost boy, who might truly be in love but has no capacity for handling the intense, complicated emotion. It’s remarkable how DiCaprio seems to lose himself in this role, with the private actor opening up to play a very private man. (While he was physically recognizable, I did notice that the usually blue-eyed actor had brown eyes throughout. I guess accuracy still counts for something these days!)

J. Edgar is an interesting look at one of our nation’s most enigmatic trailblazers. At times, the film moved a little slowly, but at others I was dissatisfied with the too-quick camera edits. Ultimately, though, that’s okay. While there is definitely a solid script, and plenty of important plot points, the real selling point is the exceptional performances from Armie Hammer and Leonardo DiCaprio. J. Edgar is a star-making turn for the former, and solidifies the latter as the paragon of fearless, honest and exquisite acting.