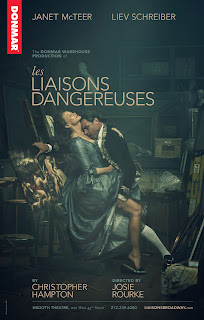 “Those most worthy of love are never made happy by it," but that doesn't stop the characters in Les Liaisons Dangereuses from pursuing it.

The action of Christopher Hampton's play is set in Paris and the French countryside in the early 1780s, and centers on the chess match being played by one-time lovers La Marquise de Merteuil (Janet McTeer, making a meal out of Hampton's words) and Le Vicomte de Valmont (Liev Schreiber). The Marquise wants Valmont to seduce the virginal Cecile (Elena Kampouris) so as to humiliate Merteuil's ex. Valmont thinks that’s too easy, and, anyway, has his sights set on Madame de Tourvel (Birgitte Hjort Sorensen), a married woman with a reputation for moral certitude. Tourvel is, helpfully, staying with Valmont's aunt, Madame de Rosemonde (Mary Beth Peil). The Marquise and Valmont agree on a bargain: If Valmont can conquer the virtuous Tourvel—and provide written proof of the affair—his reward will be a night with the Marquise. 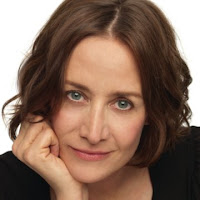 This is all a game, and in a game of love, like the game of thrones, either you win or you die. In fact, in one telling exchange between the Marquise and Valmont, Valmont asks how the Marquise managed to invent herself. She replies,


"I had no choice, did I? I’m a woman. Women are obliged to be far more skillful than men. You can ruin our reputation and our life with a few well-chosen words. So of course I had to invent not only myself, but ways of escape that no one has ever thought of before. And I’ve succeeded because I’ve always known I was born to dominate your sex and avenge my own. I distilled everything to one simple principle: Win or die."

The Marquise–Valmont character study is fascinating. As Rosemonde says, "The only thing you must know is how little the world changes." Indeed, men and women (and, I'm sure, men and men, and women and women) still play games with one another, and when it comes to matters of the heart, it's always a high stakes game. So the scenes between our two chess players are riveting, especially because McTeer and Schreiber have such great chemistry. These are two evenly matched power players who are continually trying to outwit each other. Of course, love complicates matters, leading one of the players let their guard down, take their eyes off the target (or, without wanting to acknowledge it, move the target.) 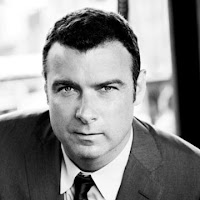 That said, some things do change. The eponymous Choderlos de Laclos novel upon which the play is based was published in 1782. (Hampton's play debuted on Broadway in 1987.) Maybe a man in his late forties (Valmont) forcefully seducing a 15-year-old girl (Cecile) was commonplace and accepted in the late 18th century, but in 2016, I can't help but see it as rape.

There's a lot of talk about rape culture and consent these days, and it is important.There is a thin line between passion and force, and that line is consent. It's difficult to watch Valmont ravish Cecile (especially because this Cecile looks so young). You could argue that he doesn't, technically, rape her, but he makes it nearly impossible for her to resist, not taking no for an answer, and preying on her naïveté to make her think she wants him. It's entirely predatory.

The direction, by Josie Rourke, doesn't help; it definitely looks like Valmont is grabbing Cecile against her will. (It doesn't have to come off this way. I saw a French production that was in New York as part of Lincoln Center Festival a few years ago. It was performed entirely in French—a language I do not speak—so I was particularly attuned to the physical action, to what I saw. I did not see something lecherous.) And to top it off, my fellow audience members were laughing! Maybe they were charmed by Schreiber's machismo, and maybe they were tickled by the coquette's fleeting resistance, like it's cute that she says no, playing her own game. But there is definitely no consent.

It's not just Valmont who takes advantage of Cecile. The Marquise is a player in this game, after all, and when Cecile tells her about the liaison, asking for advice, the Marquise encourages Cecile to continue her "tutelage." She tells Cecile to keep sleeping with Valmont and be sexual. There’s an argument to be made that she’s teaching Cecile to own her sexuality, but because the Marquise is telling this to a young, impressionable girl—a girl who’s just been sexually assaulted and is, therefore, more susceptible to think differently about sex—it feels more like Cecile is being drafted into a ring of high class hookers. These really are dangerous liaisons.

Less dangerous is the liaison between Valmont and Tourvel. Both characters are adults, so any negotiation between them doesn't rankle the way Valmont's pursuit of Cecile does. What does bother me is that Schreiber (Spotlight) and Sorensen (Vinyl) have no chemistry. We are supposed to believe that Valmont truly loves Tourvel, but in performance, Schreiber's Valmont seems much more interested in the Marquise, making the time (a lot of time) he spends trying to woo Tourvel boring, at best. This could be an intriguing love triangle, but it isn't. We just had a revival in 2008. Sure, McTeer and Schreiber are red hot lovers as the Marquise and Valmont, but everyone and everything else (save the always welcome Peil) pales in comparison. Danger, Will Robinson. Skip this liaison.
Birgitte Hjort Sorensen Broadway Janet McTeer Les Liaisons Dangereuses Liev Schreiber Mary Beth Peil play revival