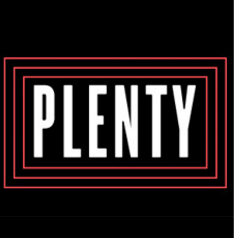 I don't have much to say about Plenty because I don't think that much of it. The David Hare (Skylight) play focuses on Susan Traherne (Rachel Weisz), who does some spy/undercover work during WWII, and Raymond Brock (Corey Stoll), a diplomat (of sorts) with whom Susan develops a relationship.

In program notes, Public Theatre artistic director Oskar Eustis says the play charts "the disillusionment of the post-war years." I was disillusioned with the undue hype surrounding this production. The play premiered at the Public in 1982, and this production is the first major New York revival. Many people were excited for it (I was excited to see Weisz and Stoll). What a disappointment they were.

That's not entirely fair. They were not disappointing. It's the material. Academy Award winner Rachel Weisz and Corey Stoll are terrific actors; we know this. Unfortunately, they have no chemistry on stage, leaving a void where there is supposed to be dramatic tension or intrigue. Neither of their characters is interesting, nor is the goings on around them. (A shame, since they have a great supporting cast, including Emily Bergl and Byron Jennings.) 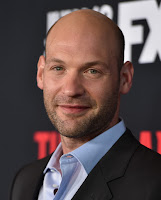 Perhaps just because but perhaps because of the lack of chemistry and interest, I found nothing compelling about the play (directed by David Leveaux), and, in fact, found the two-and-a-half hours I spent watching it to be tedious. There are multiple scenes that have a hint of climax, scenes that seem to be building somewhere, but there's no denouemont, no resolution. This just left me tired, with no reason to care or lesson to learn. There are plenty of roles for Weisz and Stoll, and plenty of plays that could be running. Why Plenty was chosen is a mystery.
Corey Stoll David Hare off-Broadway Public Theater Rachel Weisz