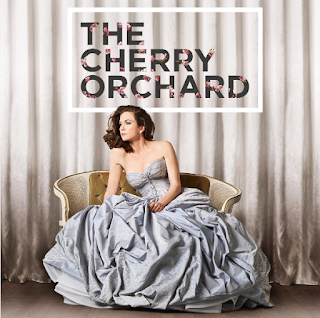 One of the great things about a revival is that you get to revisit and, if you're lucky, reimagine a classic. British director Simon Godwin had the idea of getting an American take on Anton Chekhov's notable work, and enlisted the help of Tony Award winning playwright Stephen Karam (The Humans). Together (and with the aid of a more diverse cast than most productions of The Cherry Orchard), they put an American spin on the Russian staple, making it vital and relevant. (Oh, and funny. People don't often think of Chekhov as funny, but he is, even more so as interpreted by Karam.)

As stated in my review of the CSC production of The Cherry Orchard, which starred John Turturro and Dianne Wiest, the plot revolves around Lyubov (Diane Lane). She and her brother, Leonid (John Glover, whose clowning and slapstick is just right for the role), live beyond their means, and are faced with the prospect of selling their estate, the estate on which they grew up and which is home to the titular tally of trees. Lyubov has a daughter, Anya (Tavi Gevinson), and adopted daughter, Varya (Celia Keenan-Bolger), to look after, though, in practice, the daughters do more overseeing than their mother.

The estate employs several servants, maids, and tutors, including the aging Firs (Joel Grey). Firs may seem like a senile old man, but he's quite possibly the heart of the estate. In the waning moments of the play, Firs, as played by the sensitive theatre legend, Grey, encapsulates the entire goings on when he says, "Life's gone by as if I never lived." 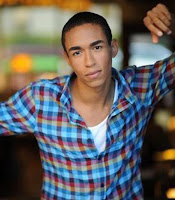 The estate also is a frequent crash-pad for perpetual student Pyotr (Kyle Beltran), who'll go on to do what students tend to do in plays like this, and stir up passions in heretofore naive young women (like Anya). Beltran (The Fortress of Solitude, Head of Passes) is hungry and impassioned, giving a stand out performance among top-notch actors.  Watch for his act one speech about how people are treated and classicism.

The conflict truly lies, though, in the relationship businessman Yermolai (Harold Perrineau) has with Lyubov (who comes from money) and her family. Yermolai, who built himself up from nothing, proposes a plan that would allow Lyubov to keep the estate and pay off her debts. His efforts to get her to pay attention, and the class divides that emerge, are the meat of the play (and, especially in Karam's hands, what make this a modern American play).

Though she's doing fine work, Lane seems too young to be Lyubov. Maybe it's because I've seen Dianne Weist in this role so I think of Lyubov as a senior citizen... The character just strikes me as someone older, someone who looks more weathered. That said, Lane does fine work, and it's nice to see her back on Broadway in a play in which she made her Broadway debut 39 years ago.

At the act break, I was most eagerly awaiting Perrineau's take on Yermolai's big moment and Keenan-Bolger having something to do other than fret. They delivered in spades. Tony nominee Celia Keenan-Bolger (The Glass Menagerie, Peter and the Starcatcher) is nothing if not a sensitive actress. Her character has to hold it all together, has to be the responsible one throughout. Toward the end, Varya is finally ready for a change, but when it doesn't come, Keenan-Bolger crumples to the ground and breaks your heart. The commanding Harold Perrineau (Romeo and Juliet, Zero Dark Thirty) brings so much of himself and his cultural roots, seeming almost possessed as Yermolai revels in his acquisition. It's a kinetic performance I won't soon forget.

The Cherry Orchard is all about staring down the barrel of change, and doing everything you can to avoid the transition. As such, Scott Pask's scenic design is punctuated with mobiles and other representations of scales and change, as if, everywhere you go, something important hangs in the balance. (This is in addition to the slab of tree trunk that serves at the playing floor.) It's a vibrant, meaty production, one that feels just as urgent as the original 1904 Moscow Art Theatre production must have felt.
Broadway Celia Keenan-Bolger Diane Lane Harold Perrineau Kyle Beltran play revival Roundabout Stephen Karam The Cherry Orchard