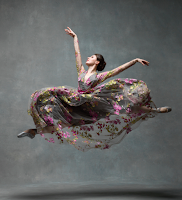 NYC Dance Project—The Art of Movement
My Modern Met has some of the incredible photos that have been taken as part of the NYC Dance Project, a photo series that captures the art and movement of ballet dancers. Featured dancers in the My Modern Met excerpt include NYCB's Tiler Peck, Chase Finlay, and Zachary Catazaro, as well as dancers from Alvin Ailey, ABT, Martha Graham, Bolshoi Ballet, Mariinsky Ballet, Complexions Contemporary Ballet, and Ballet de Santiago. Those and additional photos have been compiled into a coffee table book, The Art of Movement, which is now available for pre-order. 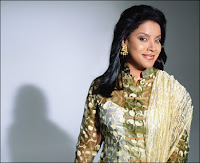 Sunday in the Park with George Casting
Additional casting the for upcoming benefit concerts of Sunday in the Park with George has been announced. Among those joining stars Jake Gyllenhaal and Tony winner Annaleigh Ashford are Tony nominee Brooks Ashmanskas (Shuffle Along...); Tony nominee Phillip Boykin (Porgy and Bess, On the Town); Max Chernin (Brooklynite); Tony nominee Carmen Cusack (Bright Star); Tony winner Gabriel Ebert (Matilda, Preludes); Tony nominee Zachary Levi (She Loves Me); Tony winner Ruthie Ann Miles (The King and I); and Tony winner Phylicia Rashad (Head of Passes). Playbill has the full cast list. Also of note: a Wednesday matinee performance has been added for October 26; this additional performance necessitated moving that evening's performance to a 7:30 curtain, rather than the previously announced 7pm.

Broadway's Leading Men
What's next for some of Broadway's leading men? Gotham checks in with Tony winners Alex Sharp (The Curious Incident of the Dog in the Night-Time) and Leslie Odom, Jr. (Hamilton), Tony nominees Michael Arden (Spring Awakening) and Robbie Fairchild (An American in Paris), and stage and screen favorite Aaron Tveit (Next to Normal, Grease Live), whose new film, Better Off Single, is now in theaters and available on demand. 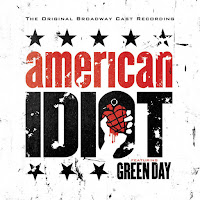 American Idiot Movie Confirmed
HBO have given the green light to the American Idiot film adaptation. Billie Joe Armstrong revealed to NME magazine that there isn't a specific timeline yet, but it's moving forward. Armstrong, who co-wrote the book with the show's director, Michael Mayer, and, of course, wrote the songs with his Green Day bandmates, Tre Cool and Mike Dirnt, appeared in the show on Broadway as St. Jimmy, and is set to reprise the performance for the film.