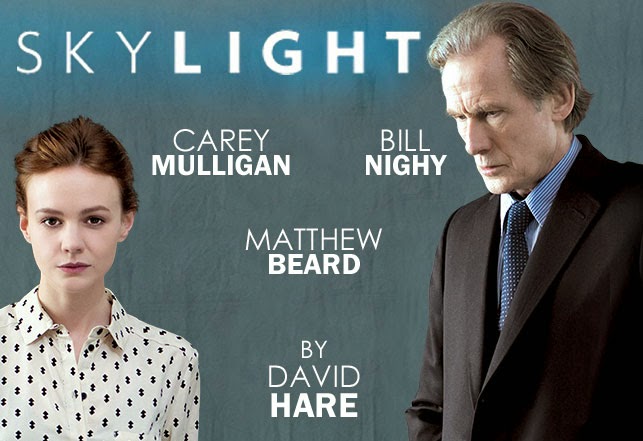 I don't have a lot to say about Skylight because playwright David Hare used up all the words in his verbose play. Mostly a two-hander (with a third character appearing in what is essentially a prologue and an epilogue, and with a fourth character spoken of but never seen), Skylight is a relationship drama that sees an older man and his former young mistress talking at each other for two hours. 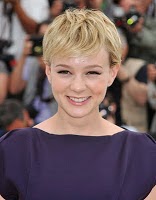 That those characters, Tom and Kyra, are played by pros Bill Nighy and Carey Mulligan, respectively, is the saving grace of the play, directed by Steven Daldry (although Nighy (Love Actually) looks too old, even for an older man, for Mulligan (Inside Llewyn Davis, Shame), who looks younger than her years). This revival played the West End prior to its Broadway transfer, and many of the theatre cognoscente are excited to see it here in New York. I kept nodding off.

I don't know why I'm supposed to care about these people. The whole first act is ostensibly character development, but it feels superfluous, except the last five minutes. Everything that came before was leading up to the act break, so you'd expect act two to deliver. Except it was really more of the same. Maybe I missed something while I was watching Mulligan make bolognese (Kyra is making dinner while she and Tom talk/shout at each other), or maybe this just isn't my cup of tea.
Bill Nighy Broadway Carey Mulligan David Hare play Skylight Stephen Daldry