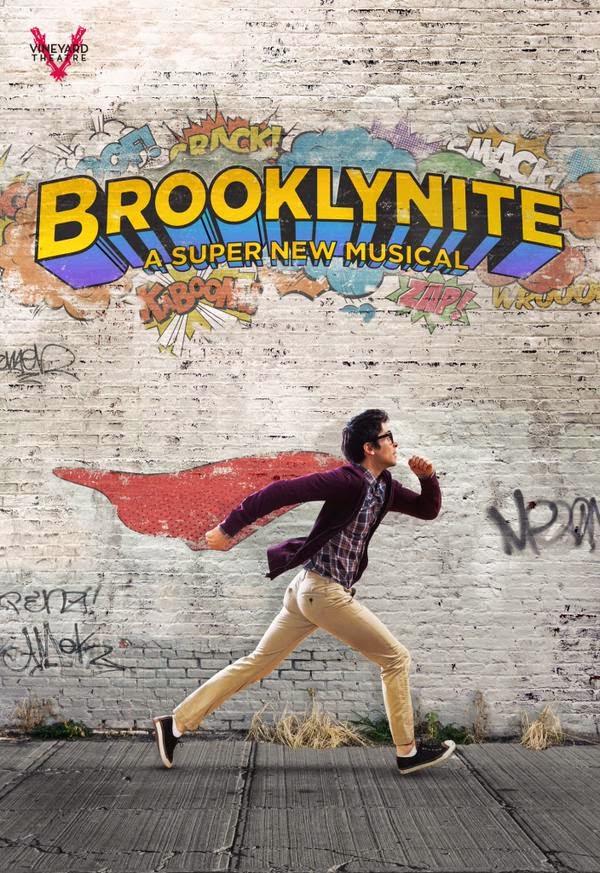 If you've been holding out for a hero, look no further than Brooklynite, the original musical that just opened off-Broadway at the Vineyard Theatre. Michael Mayer (Spring Awakening, American Idiot, Hedwig and the Angry Inch) directs the musical he co-wrote with Peter Lerman (book: Mayer and Lerman; score: Lerman), and in doing so brings audiences a delightful tale of a young man who discovers you don't need super powers to be a hero. 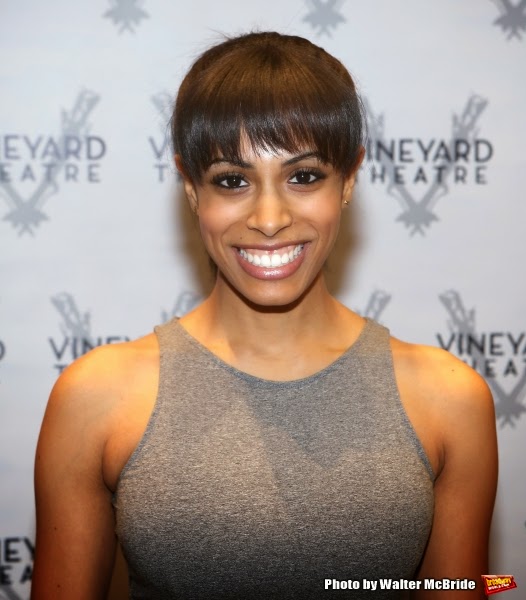 Brooklynite is set in Brooklyn in a time that is "real soon," according to the program. About ten years before "real soon," an asteroid hit NYC, and the fallout imbued six Brooklynites with super powers. This Legion of Victory has kept Brooklyn safe and virtually crime-free for years. Trey (Matt Doyle) is a normal guy, a hardware store clerk who wants to recreate the asteroid effect so he, too, can become a superhero and save the world. Legion member Astrolass (Nicolette Robinson) has been saving lives for ten years and yearns to be a normal young woman. Working together, they try to find a super way of life.

There's nothing revelatory about this but, dear readers, it's good and thoroughly entertaining. Brooklynite has a fairly traditional book musical structure, complete with the "I want" song and love ballads, yet the superhero background and related details make this charming, fresh and fun. The book and pop score are well balanced, and music director Kimberly Grigsby (Spring Awakening) gets beautiful harmonies out of the versatile cast.

Many of the cast members will be familiar to Mayer's fans. In addition to Doyle (Spring Awakening), Andrew Call (American Idiot), Gerard Canonico (SA and AI) and Remy Zaken (Spring Awakening) are featured. And they're not the only Mayer alumni on board. Mayer has assembled an all-star creative team, re-teaming with American Idiot choreographer Steven Hoggett, who does his most traditional musical theatre choreography to date. Frequent collaborator and Tony winner Kevin Adams (SA, AI and Hedwig) serves as lighting designer, with Andrea Lauer (American Idiot) designing the costumes. Teaming up with Mayer for the first time is Tony Award-winning scenic designer, Donyale Werle (Peter and the Starcatcher).

I'll admit that parts of the book are a little clunky (particularly in the B storyline), and the lyrics are more straightforward than poetic, but overall it's an enjoyable show. This is due, in particular, to the central relationship between Trey and Astrolass, and the winning talents of Doyle and Robinson. 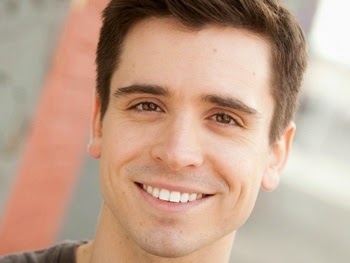 Robinson (The Affair) has a beautiful voice. She plays Astrolass as a sweet sincere person with just enough strength and edge to keep her from being a one-dimensional, saccharine pushover. Doyle (War Horse) is eager and earnest, and also has a strong, versatile voice. It's nice to see the hard-working Doyle create this leading man role. Both actors make it easy to identify with their characters' wants.

With a little more work, and a little more room to breathe (the Vineyard is a great incubator but doesn't offer a lot of stage space), this could have a long life. It is not hard to imagine Brooklynite becoming an off-Broadway and regional/college staple.
In addition to the above mentioned actors, the talented ensemble includes: Max Chernin, Nick Choksi, Tony nominee Nick Cordero, Ann Harada (the original Christmas Eve in Avenue Q), John-Michael Lyles, Grace McLean, Olivia Oguma, and Tom Alan Robbins.
Brooklynite Matt Doyle michael mayer musical Nicolette Robinson off-Broadway super hero vineyard theatre