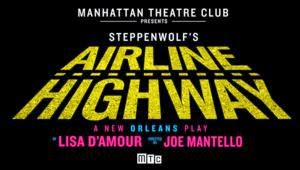 Lisa D'Amour's Airline Highway, like some of her other plays (Detroit), looks in on the lives of fringe people, those misfits who get lost along the way and end up on the outskirts of town, making the best of being outcasts and forming their own community. 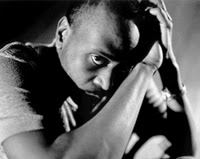 The action takes place at the Hummingbird Motel, located on Airline Highway in New Orleans. The time is now, the first week in May, to be exact, when Jazz Fest takes over and bros from Michigan infiltrate the city. The motel is home to a colorful, eclectic group, most of whom have a good heart (but that's not enough to pay the bills), including Sissy (Tony nominee K. Todd Freeman) and Tanya (Tony winner Julie White, who also earned a Tony nomination for this performance).

During the time we get to know them (as some residents of the Hummingbird will tell you, you can't really know them in one afternoon) Sissy, Tanya and the others put together a living funeral for the ailing Miss Ruby (a feisty Judith Roberts), who is sort of like the house madame. As they look back on their lives and reminisce about all Miss Ruby has done for everyone, Tanya wonders aloud, "Who will remember us?" It's a startling question, one that makes you take stock of your life. 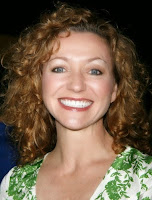 The pot is stirred a little bit more when Bait Boy (Joe Tippett) returns to the Hummingbird. He came of age at the motel and has a history with the aimless Krista (Caroline Neff), but he has since gotten out of New Orleans and made his way to Atlanta, where he cleaned up his act and took up with an older, financially comfortable woman, Joyce (whom we never meet). Joyce's daughter, Zoe (Carolyn Braver), accompanies Bait Boy back to Airline Highway.

The 16-year-old is looking for some break from the mundane life she lives in Atlanta and the residents of the Hummingbird are happy to oblige. (Don't worry, there's nothing predatory or child-endangerment-esque about it.) In this sense, Airline Highway is a little trite, with the white, suburban girl learning something from the "others," the outcasts. (You've seen this in plenty of culture clash rhapsodies.) That doesn't make the telling of this particular interaction uninteresting; indeed, I was rapt throughout. It just makes it a little stale.

But in the end, Airline Highway, directed by Joe Mantello (The Last Ship, Casa Valentina) is about community. About being yourself and finding solace and strength in the people you choose to make your family.
Airline Highway Broadway comedy Joe Mantello Julie White K. Todd Freeman Lisa D'Amour MTC New Orleans play