Long Day's Journey to Broadway
Added to Roundabout's 2015-2016 season is a revival of Eugene O'Neill's Long Day's Journey into Night, and a fantastic cast is in tow. The revival, set to begin previews March 31, 2016, with opening night scheduled for April 19, will be led by Jessica Lange, Gabriel Byrne and—wait for it—Tony Award winner John Gallagher, Jr., who'll be returning to the stage for the first time since 2011's Jerusalem. Directed by Jonathan Kent, the play, Broadway.com reports, is being "mounted in association with...Ryan Murphy." Other cast and creative team members will be announced later. (Young adult theatergoers: this is a Roundabout production so if you're between the ages of 18 and 35, you can purchase Hiptix for just $25.)

Annaleigh Ashford and Julie White Team Up for Sylvia
A revival of A. R. Gurney's Sylvia will bow on Broadway this fall, and it boasts two fantastic ladies as the stars. Tony nominee Annaleigh Ashford (Kinky Boots, You Can't Take It With You) and Tony winner Julie White (who's nominated this year for her performance in Airline Highway) will lead the cast, which also includes Robert Sella. Directed by Daniel Sullivan (The Country House), the production will begin previews on September 25. An opening night and theatre have yet to be determined/announced. Gurney was represented on the boards this season with Love Letters. Broadway.com has more. 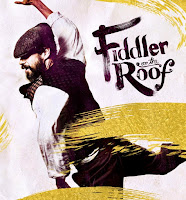 Fiddler Officially Finds His Roof
The much-talked-about revival of Fiddler on the Roof, the fifth revival of the musical, will play at the cavernous Broadway Theatre, with opening night set for December 17, almost a month earlier than first speculated. As previously reported, previews will begin November 17, and Tony nominee Danny Burstein (Cabaret, Follies) will star as Tevye. Tony nominee Bartlett Sher (The King and I, The Bridges of Madison County) will direct. Broadway.com reports that Hofesh Shechter will choreograph the production, basing his work on the original production's choreography by none other than Jerome Robbins. See the same Broadway.com report for more about the creative team. 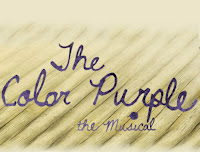 The Color Purple Updates
The revival of The Color Purple will celebrate its official opening night about a week later than first planned. Opening night will now be December 10; previews still begin November 9, and the production will still run at the Jacobs Theatre. In addition, Danielle Brooks (Orange is the New Black) has joined the cast as Sofia. This will mark Brooks's Broadway debut. Brooks joins the previously announced Cynthia Erivo and Jennifer Hudson. John Doyle (The Visit) will direct. Broadway.com has more. 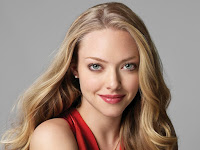