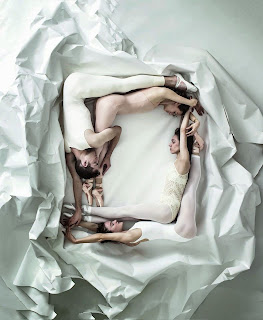 It's almost unheard of for New York City Ballet to import a ballet, yet sometimes exceptions are made. This spring brought the premiere of La Slyphide, a seminal work from Danish choreographer August Bournonville, to City Ballet, under the vision of Ballet Master in Chief, and fellow Dane, Peter Martins. 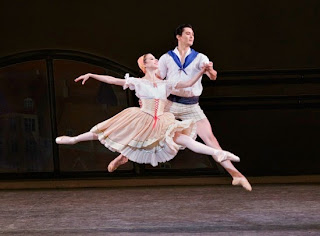 The Bournonville program began with Bournonville Divertissements, set to music by Edvard Helsted and Holger Simon Paulli. This iteration was staged by Nilas Martins, Peter's son and former NYCB principal, after Stanley Williams's staging of Bournonville's choreography. It includes four movements, and is a fairly typical selection of divertissements. 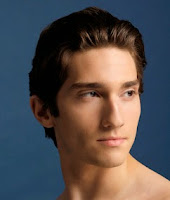 Diversissements are meant to entertain; there's no story and no through line. Such is the case with the Bournonville Divertissements. Throughout, the scenery and costumes are rather drab and muted, as is the choreography in the first and third movements. (The first movement, Ballabile, was led by soloists Erica Pereira and Allen Peiffer; the third movement, Pas de Six, was a little more lively, and featured Sara Adams, Harrison Ball, Ashly Isaacs, Russell Janzen, Meagan Mann, Brittany Pollack and Andrew Scordato.) 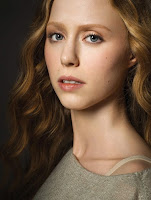 Things pick up, however, in the second movement, a pas de deux danced by principal Teresa Reichlen and soloist Zachary Catazaro. (Catazaro has been partnering with female principal dancers of late, dancing in roles you might expect to see danced by male principal dancers. I wouldn't be surprised if he were promoted to principal within the next couple of seasons.) Reichlen is playful and Catazaro is athletic. They pair well together for this fun, showy pas de deux. Their playfulness rubs off on the rest of the company for the fourth movement, a spirited tarantella, which makes for a lively, percussive finale. 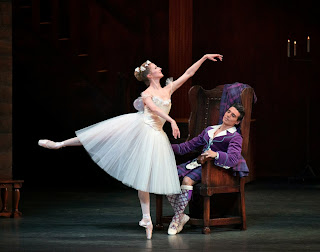 Next came the piece de resistance, La Sylphide. This narrative ballet was staged by Peter Martins, who notes in the repertory notes that La Sylphide was the first ballet he ever saw. Bournonville, Martins continues, saw the Paris Opera Ballet's production of La Sylphide and was so inspired that he bought the libretto and commissioned a new score (from Herman Lovenskjold). In 1836, "the Royal Danish Ballet premiered Bournonville's version of La Sylphide, and in an unbroken tradition, the work has remained in the company's repertory ever since." Martins says that for his staging, he remained true to Bournonville, imbuing nothing of himself in the ballet—except that he eliminated the intermission.

The intermission-less two-act ballet takes place in a Scottish manor-house and later the forest. At the manor, James (Anthony Huxley), is roused from his slumber by the Sylph (Lauren Lovette), a beautiful winged creature. She enchants him. The Sylph disappears just as James's fiancé, Effie (Lauren King), his friend, Gurn (Troy Schumacher) and others descend upon the living room. Preparations and celebrations for the impending nuptials abound, but James can't shake the thought of the Sylph.

Meanwhile, an old fortune teller, Madge (Gretchen Smith), slips into the living room. James tries to shoo her away but Effie entreats him to let her stay. Madge begins telling the guests' fortunes, but when she gets to Effie, James doesn't like what he hears and banishes Madge. She'll have her revenge. When the guests disperse and James is alone, he is once again visited by the Sylph. She professes her love for him and he returns the proclamation. She scurries out again as the guests return, and James runs off to find her.

Act two begins with a sort of "double, double, toil and trouble" tableau, as Madge and some attendants gather around a bubbling cauldron Madge is using to create a spell and an accompanying scarf. We quickly move to the forest, depicted by a colorful and evocative backdrop designed by Susan Tammany, an artist whose night job is ushering at NYCB! (See her in front of her backdrop, at right.) In the forest, James and the Sylph reunite, only not entirely. 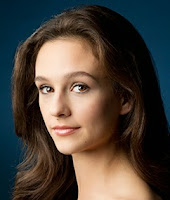 James cannot touch the Sylph. She is elusive, both literally and figuratively. Every time he goes to hold her, she eludes him, spinning off to another area of the forest (or the living room, as she was untouchable in act one, as well). This was probably the most interesting aspect of the ballet—to see a pas de deux in which the partners couldn't touch. It necessitated a degree of cleverness and innovation to allow the dancers to dance a fully realized pas de deux without the help of one of the fundamentals of the pas de deux: direct partnering.

In the end, the Sylph remains unattainable. Gurn ends up with Effie (part of Madge's vengeance), and though James uses Madge's scarf to take hold of the Sylph, that same scarf causes the Sylph's wings to fall off and she dies in her would-be lover's arms. As the synopsis states, James realizes "that in trying to possess the unobtainable, he has lost everything." It makes for a pleasant and pretty ballet, but as someone who tends not to like narrative ballets, I wasn't enthralled. On the plus side, though, Martins's staging is efficient, and there is less gesturing and more dancing than in typical narrative ballets. Still, I don't share Martins's romance for La Sylhpide, and I'm looking forward to next week when I'll see my favorite ballet, NY Export: Opus Jazz.
ballet Bournonville City Ballet dance Lauren Lovette nyc ballet nycb Peter Martins Teresa Reichlen Zachary Catazaro