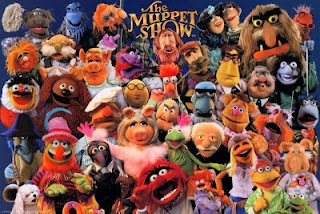 (Scroll down for your first look at the new Muppets show.)

Theatre Award Season Updates
Winners of the Outer Critics Circle Awards were announced this week, with The Curious Incident of the Dog in the Night-Time leading the pack. The OCC is made up of critics who cover the New York Theatre scene for out of town outlets, and the awards honor excellence in Broadway and off-Broadway. An American in Paris also won multiple awards: Best Musical; Best Director and Best Choreographer, Christopher Wheeldon; and Best Actor in a Musical, Robbie Fairchild. Unsurprisingly, Hamilton took home the honor for Best Off-Broadway Musical, as well as Best Score and others. Visit Theater Mania for the full list of winners. 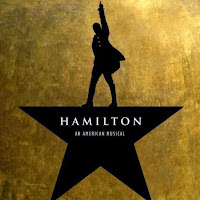 Public Season
The Public Theater, which brought us recent hits like Hamilton and Here Lies Love, announced its 2015-2016 season, which will include two world premiere musicals and five new plays. Included in the lineup: First Daughter Suite, a new musical by Michael John LaChiusa, to be directed by Kristen Sanderson and starring Rachel Bay Jones (Pippin), slated for October-November. The Total Bent, written by Stew and Heidi Rodewald (the team behind Passing Strange) will follow, slated for May-June 2016. (The musical was originally scheduled to be part of the 2014-2015 season, but had to be postponed due to a family emergency.) Among the plays set to bow are Barbecue, written by Robert O'Hara (Bootycandy), slated for September-November; Head of Passess, written by Terell Alvin McCraney (Choir Boy), slated for March-April 2016; and Dry Powder, written by Sarah Burgess and directed by Thomas Kail (Hamilton), slated for March-April 2016. Visit Broadwayworld.com for full season details.

Encores! 2016 Season Announced
With the 2015 Encores! season just behind us (Zorba! ran last weekend), New York City Center announced the shows making up the 2016 Encores! season. First up, Cabin in the Sky, running February 10-14, 2016. George Balanchine choreographed the original Broadway production. Next will be 1776, running March 30-April 3. It's a timely choice, given the popularity of Hamilton. And closing out the season will be Do I Hear a Waltz?, which features a score by Richard Rodgers and Stephen Sondheim. That show will run May 11-15. Casting and ticketing information will be announced later. Visit Theater Mania for more about the shows.

Muppets TV Show Trailer
The series, simply titled The Muppets, will air Tuesdays at 8 on ABC. 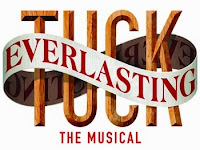 Tuck Everlasting Added to the 2015-2016 Broadway Season
After a run at Atlanta's Alliance Theatre earlier this year, Tuck Everlasting, the musical adaptation of Natalie Babbitt's eponymous novel, is set for Broadway. Previews (at a theatre to be announced) will begin March 19, 2016, with opening night scheduled for April 17. Tuck Everlasting features a book by Claudia Shear and a score by Chris Miller (music) and Nathan Tysen (lyrics), and will be directed and choreographed by Casey Nicholaw (Something Rotten, The Book of Mormon). No casting has been announced, though Andrew Keenan-Bolger (Newsies) starred in the Atlanta production. Broadway.com has more.