The Way We Get By

So you meet (or reunite) with someone. You both get a little tipsy. You sleep together. Then what? The next morning, regardless of whether or not the sun is up, can be a delicate, intense, exciting, scary, complex time, and in his new play, Neil LaBute explores those precious moments.

His two-hander, starring Tony nominee Thomas Sadoski (Other Desert Cities, Wild) as Doug and Amanda Seyfried (Les Miserables, A Million Ways to Die in the West) as Beth, plays out in real time, beginning in the wee hours of the morning. Doug and Beth have a history but have just slept together for the first time, and over the course of 85 minutes, they try to figure out what's next.

LaBute takes his time in revealing details, which I appreciate. Giving away too much too soon would have made the work overwrought and melodramatic. Withholding for too long would be tantalizing to the point of tedious. Instead, LaBute creates a timeless and universal arc of a fledgling relationship. No spoilers here, merely a call to pay close attention. Indeed, The Way We Get By is as much about what we do as what we say. 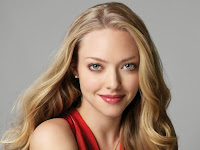 Director Leigh Silverman (Violet) applies an expert's touch as she guides her two gifted actors through the night/morning. (Watch how she has Sadoski try to huddle further and further into the corner as Doug attempts to avoid conflict.) Sadoski, who has a history both with LaBute and Second Stage, is magnificent, as is his scene partner, the natural Seyfried, who is making her stage debut.

Though there are only two characters who speak, there is a third, fully developed character spoken of, and brought to life by Neil Patel's precise scenic design. The setting for the play is the apartment Beth shares with the perky, girly, type-A Kim. Kim, we learn, is controlling; she is a neat freak; she is anal retentive about staying organized and delineating between what's hers and what's Beth's. Though we never meet Kim in the flesh, Patel's scenic design and the way Beth and Doug talk about her keep her ever-present, and she becomes the catalyst for some of Beth and Doug's conversations, as well as the frenetic, almost manic flurry of physical action that is the play's conclusion.

I'll be honest: I was surprised I liked The Way We Get By as much as I did. I'm not typically a fan of LaBute's work. As a woman commented during a post-show talkback, LaBute's work tends to be bleak, often characterized by aggressive, sometimes cruel (to the point of abusive) men, with women often around as objects and not people. That is not the case here. During the talkback, the prolific playwright said that with this play he set out to write something more romantic. (Perhaps most surprising: throughout the talkback, I found LaBute to be thoroughly charming. Go figure.) So if you're one of those people who thinks Neil LaBute is not for you, I urge you to keep an open mind and head to Second Stage. You might be surprised to learn a thing or two about the way we get by.
Amanda Seyfried comedy Neil La Bute off-Broadway play Second Stage Thomas Sadoski