Theatre Award Season Updates
The Hollywood Reporter released podcasts of discussions among Tony nominated actors and actresses. Listen to the nominated women, Kristin Chenoweth (On the Twentieth Century); Helen Mirren (The Audience); Carey Mulligan (Skylight); Kelli O'Hara (The King and I); Chita Rivera (The Visit); and Ruth Wilson (Constellations), and then listen to the nominated men, Bradley Cooper (The Elephant Man); Brian d'Arcy James (Something Rotten); Michael Cerveris (Fun Home); Ben Miles (Wolf Hall); Steven Boyer (Hand to God); Alex Sharp (The Curious Incident of the Dog in the Night-Time); and Tony Yazbeck (On the Town). In addition, the first slate of Tony performers was announced. Broadway.com has the details.

Winners of the Off-Broadway Alliance Awards were announced this week. The awards honor excellence in off-Broadway. In what's become a trend, Between Riverside and Crazy was named Best New Play and Hamilton was named Best New Musical. Broadwayworld.com has the full list of winners. 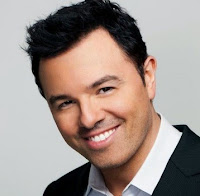