A View from the Bridge

I had never seen Arthur Miller's A View from the Bridge before, even though there was a celebrated revival in 2010. In fact, even as a theatre major, I had never even read it before. (We always focused on Miller's Pulitzer Prize winner, Death of a Salesman.) I can't compare Ivo van Hove's vision of this drama with another, but I know good theatre when I see it.

Van Hove strips the play down to the essentials: The words and the performances. Jan Versweyveld's scenic design is bare, just a square, white resin floor closed in by a low ledge. (Versweyveld is also responsible for the effective lighting design.) The black cube covering the playing area during the pre-show lifts as the play begins, and lingers over the action throughout, threatening to come crashing down at any moment. The actors are trapped, essentially, as are the characters. They are confined to this small boxing ring and must fight to get out.

It's an epic battle, in truth, because our anti-hero, Eddie (Mark Strong), isn't fighting something tangible. He's at war with himself, unable to come to terms with the life he has created and his relationships. His inner turmoil builds and bubbles until he can no longer bear it. (He must have felt something simmering. When the black cube rises for the first time, we see Eddie and his pal Louis (Richard Hansell) undressing and cleaning off, as if preparing for yet another battle, before getting dressed for the next one.)

Eddie and his wife, Beatrice (a strong Nicola Walker), have been raising Bea's niece, Catherine (Phoebe Fox), who is now 17. Eddie hasn't acknowledged it yet, but his feelings for Catherine are...complicated. Things are going smoothly, and then Catherine says she wants to take a job. Her independence kick starts something in Eddie, which is only exacerbated when Bea's cousins, Marco (Michael Zegen) and Rodolpho (Russell Tovey) come to Brooklyn from Italy illegally, and try to stay under Immigration's radar. Marco wants to work so he can send money to his wife and children back in Italy. Rodolpho seems to just want to be an American. The burgeoning romance between Rodolpho and Catherine sets Eddie down a dark spiral. 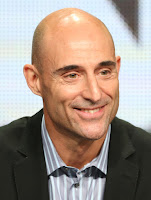 Perhaps because the production is so raw and bare, it's easy to see this as a Shakespearean tragedy (without naturalistic affectations and set dressings, you can focus on the story), and it is easy to draw comparisons to Miller's other leading men. Like Willy Loman before him, Eddie wants respect. A working class guy, he wants to feel in charge, to feel like attention is being paid. And I dare you to not pay attention to the magnetic Mark Strong. 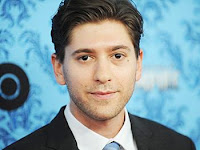 I've been dazzled by Strong on screen before, but this is the first time I've seen him on stage. His tall, muscular body is a striking sight on stage. His performance goes deep, fearlessly tapping into the rage, love, confusion, and angst Eddie is feeling. It's a bit of a shame that he is unmatched by some of his sparring partners, like Phoebe Fox as Catherine (she cannot grasp the Brooklyn accent, and it's difficult to understand her British-wannabe-Brooklyn dialect, making her ineffective) but it is exhilarating when it's a fair fight. Michael Zegen (Bad Jews) is captivating as Marco, a worthy opponent for Eddie. Zegen is strong and commanding, and his chair-lifting skills might leave you breathless. The tension between Eddie and Marco builds to a ferocious and visually stunning climax involving everyone. Van Hove has revitalized a classic.