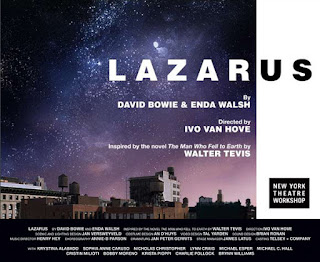 Lazarus is abstract and intriguingly weird, and I thoroughly enjoyed the trip.

Inspired by the Walter Tevis novel The Man Who Fell to Earth, Lazarus is about...well, that's open to interpretation, which is why this complex work is so worth seeing. As the novel's title suggests, the protagonist, Newton (Michael C. Hall), is not of this world. He lives in a sparse, beige space, punctuated by an oversize screen upstage center and two large windows on either side of the screen. (We can see the band through the windows.) Both the windows and the TV screen allow Newton to see out into the world, but they also allow others to look in on him. He's living in a fishbowl (designed and lit by Jan Versweyveld), which can only make him feel more out of place.

Indeed, throughout the show (written by David Bowie and Tony winner Enda Walsh (Once, Hunger)), all I kept thinking was "alienation." These people—not just Newton but also Elly (Cristin Milioti), who is, ostensibly, his assistant, and Valentine (Michael Esper), who is a dangerous interloper—are longing for a sense of belonging. They ache to feel love and to be loved. (And home is where the heart is, right?) Newton has visions, predominantly of a young girl, aptly named Girl (a transfixing Sophia Anne Caruso). While Newton acknowledges Girl is only in his head, it's not entirely clear what else is real and what only exists in someone's mind. But isn't that always the case when you're looking for love? Isn't that struggle to determine if this intangible, un-proveable thing is real the great leap of faith we take when we open ourselves up to someone? 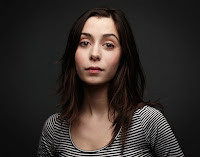 Golden Globe winner Michael C. Hall (Dexter) is great at expressing that anguish and struggle. Hall deftly portrays the highs and lows that come with Newton searching for a glimmer of hope and home, and his voice lends itself well to the rock score. (The score consists of several canonical Bowie tunes, as well as some songs written for the show.) Tony nominee Cristin Milioti (Once, The Wolf of Wall Street) flings her body around the stage (direction is by Ivo van Hove (A View from the Bridge) and choreography is by Annie-B Parson), exuding this truly manic sense while Elly tries to figure out who she is. (Bobby Moreno (Grand Concourse) is sensitive and understated as her husband.) 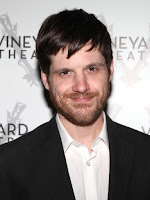 Meanwhile, Michael Esper (The Last Ship) is so damn intense and committed. He's utterly seductive as the sinister, barbarous fiend, Valentine, which made me uncomfortable. And I should be uncomfortable because we're not quite sure who Valentine is. Is he real, or is he a Tyler Durden-esque alter ego? And why is he dressed all in black, taking on someone else's story as his own, and wielding a knife?

In truth, I'm not sure I got it all (too bad it's sold out and I can't see it again); Lazarus strikes me as the kind of show that gets deeper with each viewing. Yet, in just one performance I did feel the longing, the alienation of everything. I did understand the struggle for all of us starstuff beings—alive, dead, undead—to find "home," whatever and wherever that may be. Oh, and it was a trip to hear Bowie's tunes in this context, with these voices. This isn't a jukebox musical. This is a story that uses (mostly) previously written songs to further the narrative.
Cristin Milioti David Bowie Enda Walsh Ivo van Hove Lazarus Michael C. Hall michael esper musical NYTW off-Broadway