Add Jordan Harrison's Marjorie Prime to the pantheon of plays/movies/TV shows exploring the quickly evolving world of artificial intelligence. (Recent works that are also in there, in my opinion, The (curious case of the) Watson Intelligence and Ex Machina.) 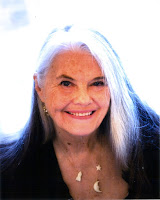 At rise, we see Marjorie (the wonderful Lois Smith) talking to Walter (Noah Bean), her husband. Or, rather, Walter Prime, an AI robot version of her husband, as he looked when he was 30. Marjorie is elderly, and lost her husband about ten years ago. (The action of the play takes place in an unspecified time in the future; if you pay attention, though, you can pick up the little clues Harrison leaves, and guess that we're somewhere in the 2055-2060 range. Kudos to Laura Jellinek for her sparse and spacious natural futuristic set.) The fashionable thing to do in response to loss is, apparently, create a Prime, an AI version of your loved one, in order to provide companionship.

You (and anyone else you choose) can talk with the Prime, and because it has AI, it learns about you. It retains facts and has the entirety of the Internet at its fingertips/motherboard, but it also learns about character quirks that make people human, offering something that approaches a semi-authentic interaction.

But that's the struggle. Marjorie's daughter, Tess (Lisa Emery), isn't quite on board with Walter Prime. When interacting with another Prime later on, Tess says, "Oh, no. You wouldn't respond like that." The Prime didn't get the information wrong, but the intention and delivery and color, everything that makes a human a human, was missing. Clearly, this Prime has some things to learn about this particular human's style. (The Prime responds with the robotic, "I'll remember that fact.") 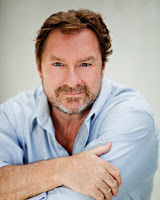 It's utterly fascinating to think about AI, and what's so oddly discomfiting is the way AI is represented here. Typically, AI stories focus on the singularity and robots taking over. That's not what Marjorie Prime, directed with sensitivity by Anne Kauffman, is about. Indeed, Tess's husband, Jon (a wonderfully natural Stephen Root), champions the Primes, seeing them as allies. Yet, throughout the course of the play, sort of a sophisticated Turing Test, we wonder if the line between human intelligence and artificial intelligence is too blurred for its own good.

In the aforementioned The (curious case of the) Watson Intelligence, it was posited that connection is the highest form of human intelligence. We see Marjorie and others try to connect with the Primes, but then the Prime will say something like, "I don't have that information," which communicates "I don't know" in way that gives them away as a robot. And so can you actually connect? Toward the end, a Prime says, "How nice that we could love somebody." The Prime knows its human counterpart once loved because it's been told that, but can the Prime feel love?

The Primes know your stories, they know about you, but do they actually know you? And, if not, what's the virtue of having a Prime around? I wonder if I would feel companionship if I were constantly being reminded of the fact that I wasn't truly connected to this other mass in the room. It would almost be easier to stomach the robots-attack-humans arc, used in so many other AI stories, because that's clear cut. But the ambiguity of the Primes... I don't have that information.
Visit Playwrights Horizons' website to learn more about Marjorie Prime and to purchase tickets.
Jordan Harrison Lisa Emery Lois Smith Marjorie Prime Noah Bean off-Broadway play playwrights horizons Stephen Root