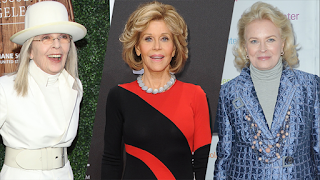 Scroll down for some exciting news about these grand dames. 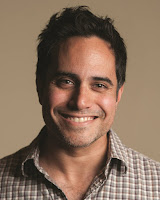 Michel Moore on Broadway—Academy Award winning documentary filmmaker Michael Moore will make his Broadway debut this summer in his one-man play, The Terms of My Surrender, to be directed by Tony winner Michael Mayer (Spring Awakening, American Idiot). Running for a limited engagement at the Belasco Theatre, previews begin July 28, with opening night set for August 10. The run, which will mark Moore's Broadway debut, is scheduled to conclude on October 22. Broadway.com has more.

Vineyard Season—While the full 2017-2018 Vineyard Theatre season has yet to be announced, the off-Broadway company has revealed that the new season will include The Beast in the Jungle, a new musical written by John Kander (music) and David Thompson (book), and directed and choreographed by Susan Stroman. That will run in spring 2018. The other two main stage productions, the developmental lab, and the reading series offerings will be announced soon.

It's an Honor
Tony Awards—Nominees for the 71st annual Tony Awards were announced this week. The Great Comet led the pack with 12 nominations, and Dear Evan Hansen was close behind with nine. (Many prognosticators might be quick to say that The Great Comet now has the edge but tread carefully: Both shows earned nominations in the high profile categories of Best Musical, Best Score, Best Book, and Best Orchestrations, and both earned three acting nominations, including for their respective leading men, Josh Groban and Ben Platt. The volume of nominations does not indicate a certain win.) Happily, the fantastic new play A Doll's House, Part 2 earned the most nominations for a play (eight nods), including nominations for its four actors. Check out my post from Tony Nomination Day for the full list of nominees, and tune into CBS on June 11 to watch Broadway's biggest night. (Extra: Broadway World, Theater Mania, and The New York Times have reactions from nominees. Broadway.com has photos from the Meet the Nominees presser. In addition, Dallas Theater Center has been named the recipient of the 2017 Regional Theatre Tony Award. Playbill has details.)

Chita Rivera Awards—Honoring excellence in dance on both stage and screen, the nominees for the Chita Rivera Awards (nee, Astaire Awards) were announced. Among the nominees are Denis Jones (choreographer) and Corbin Bleu (actor) for Holiday Inn; the Natasha, Pierre, and the Great Comet of 1812 ensemble; NYCB soloist Georgina Pazcoguin (Cats); and David Neumann (choreographer) and Ato Blankson-Wood and Curtis Wiley (actors) for The Total Bent. Visit Broadway World for the full list of nominees.