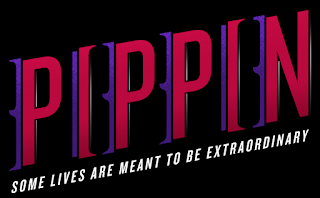 Diane Paulus’s revival of Pippin is a glorious and poignant production. The musical is a couple of generations old while the story is several hundred years old; but the visionary Paulus (Hair, Porgy and Bess) has tapped into the universal themes inherent in what is essentially another coming of age tale.

Pippin, with a book by Roger O. Hirson (Bob Fosse’s contribution to the libretto is uncredited) and score by Stephen Schwartz (Godspell, Wicked), tells the story of the young Pippin, son of Charlemagne, and his quest for fulfillment in life. He searches in Glory (war), The Flesh (carnal desires, mostly, with some basic human connection thrown in), Revolution, Politics and (after gaining a little Encouragement) Ordinary Life. He keeps thinking his corner of the sky is something as big and boundless as the sky itself, not realizing until it’s almost too late that we can find fulfillment in more humble but no less satisfying places.

Paulus sets the whole thing in a circus tent and I love, love, love it. First of all, it makes sense since this is supposed to be a traveling troupe telling a tale (good old show-within-a-show device). The circus spills out into the house (thanks to scenic designer Scott Pask), with the boxes emblazoned with the “Pippin pattern” and festive lights leading from the stage to the lighting rigs in the mezzanine. But more important, I love the circus frame (maintained throughout with Kenneth Posner’s beautiful lighting) because it is such an effective storytelling device. (The stunts are spectacularly impressive, but we’ll get to that later.)

Politics are a circus. War is a gruesome, chaotic circus, one that we laugh at (in the show) while the atrocities are being masked by all the razzle dazzle. Finding love can be a circus. Life is a circus, Pippin learns. It’s a high wire act filled with multiple rings—distractions, pit falls and highs—along the way. How ingenious to set this story of a boy trying to find himself against the backdrop of a circus. (It’s so much more effective than a simple wagon full of actors, as has been seen in most other productions of the celebrated show.)

But the thing is that the circus is present for everything except Ordinary Life. I suppose this is Paulus’s way of suggesting that once you find where you’re supposed to be the circus goes away. The absence of the circus—and particularly the way the show ends—drives home the point of the show. Ordinary life can be fulfilling and can, in fact, be freeing. We’re not all meant for big, huge, flashy lives, but we are all destined for loving, meaningful lives. We just find that love in different places.

The meaning of the circus aside, the spectacle is phenomenal. What’s so impressive about the acrobatic feats, by Gypsy Snider of Les 7 doigts de la main, is that it is a testament to human strength. These athletes are performing all the stunts without wires and without a net. They have to trust each other (and the stage crew) that rings and balls and ladders and people will be in the right place at the right time, and it shows that we are all a lot stronger and more capable than we think. (Come to think of it, that’s another layer of meaning behind the circus device.) Snider’s circus is seamlessly integrated with Chet Walker’s choreography, which is in the style of Bob Fosse.

Leading all the players is Patina Miller (Sister Act) as the Leading Player. Miller hits all her marks, but unfortunately that’s exactly what it looks like. Certainly for the circus tricks she has to be sure to do so, but there’s plenty of choreography that is, I think, simply meant to look sharp but Miller makes me see the effort. She has a powerful voice, though, and once she settled into the performance and started adding a little of her own flair, I began to cotton to her.

Matthew James Thomas (Spider-Man: Turn Off the Dark) takes on the titular role quite well. He fully embodies Pippin’s wonderment and makes the several emotional transitions feel natural. A resplendent Rachel Bay Jones (Hair) is stunning in the un-flashy but pivotal role of Catherine, Pippin’s love. She brings warmth and humor to the role, being the emotional anchor of the second act.

Real life married couple Terrence Mann and Charlotte d’Amboise (Chicago) appear as Charlemagne and his wife, Fastrada, respectively. Mann turns in a strong performance as Pippin’s wry and sometimes curmudgeonly father, while d’Amboise (daughter of renowned dancer Jacques) is good and shows off her dancers’ gams.

But it’s veteran Andrea Martin who steals the show. The Tony and Emmy Award winner, who is also up for a Tony for this performance, is absolutely enchanting as Pippin’s grandmother, Berthe. (It doesn’t hurt that she gets to sing one of the best songs in the score, “No Time at All.”) Martin is spunky and funny but what wows is the choreography. Martin sings the latter half of “No Time at All” while contorting all over and consorting with one of the players on a trapeze. This nimble woman twists and wraps herself all around the player (Yannick Thomas) without missing a beat—or note! This was the eleven o’clock number even though it came in the middle of act one.  (To wit: several audience members gave that song a standing ovation and Martin took an encore bow.)

There’s so much to see on the boards right now but nothing speaks to the human spirit like Diane Paulus’s Pippin.

Visit pippinthemusical.com to learn more about the show, to purchase tickets and to pre-order the cast recording.