Theatre Award Season
The Tony Award nominations were announced this week! One of the most anticipated days of any theatre season brought with it some pleasant surprises (like a Best Musical nomination for Bring It On, plus Kinky Boots, not Matilda, leading the pack with 13 nominations) as well as some unpleasant ones, depending upon your perspective and taste. Read my Tony nominations post for the full list of nominees, and be sure to continue to visit my Tony Pinterest board for Tony-related pictures throughout the season. And now, some Tony reactions and follow up:


The day before, the Drama Desk nominations were announced, showering a lot of love on Hands on a Hardbody, Annie Baker (for both The Flick and Uncle Vanya) and Bring It On. Visit the Drama Desk website to see the full list of nominees. (And today, the New York Drama Critics announced their picks for best play and musical: Vanya and Sonia and Masha and Spike and Matilda, respectively. Broadwayworld.com has more.)

Rocky Coming to Broadway
A Tony hopeful for the 2013-2014 season will be Rocky. When it was announced a couple of weeks ago that the long-running Mama Mia! would vacate the Winter Garden and move to the Broadhurst Theatre many suspected that the musical stage adaptation of Rocky would take up residency at the Winter Garden. This week that rumor was confirmed. After an acclaimed premiere in Germany, the musical, which is directed by Alex Timbers (Bloody Bloody Andrew Jackson, Peter and the Starcatcher) and has a score by Stephen Flaherty and Lynn Ahrens (Ragtime) and a book by Thomas Meehan (The Producers), is coming to Broadway in 2014. Previews will begin in February and opening night will be in March. Broadway.com has details, including a video sneak peek at the show. Visit rockybroadway.com for more.

First Listen: Love's Labour's Lost
The Public Theater released a second song from the upcoming Shakespeare in the Park production of Love's Labour's Lost. This song is "Love's a Gun," and features Lindsay Mendez (Dogfight, Godspell). The musical adaptation of Shakespeare's comedy comes from team Bloody Bloody Andrew Jackson, Michael Friedman (score) and Alex Timbers (book and direction). It plays in Central Park's Delacorte theatre this summer, July 23-August 18. Listen here and check back next week for another song!

New York City Ballet Documentary
AOL is getting into the original programming game with a slate of digital content for its New Front platform. One of the shows is a documentary that goes behind the scenes at New York City Ballet. As press notes state, City.Ballet. "reveals what it takes to perform on the ultimate stage," and is executive produced and narrated by Sarah Jessica Parker, a longtime City Ballet patron and supporter. In the trailer (that has since gone missing), we see everyone from principal dancers Robert Fairchild and Sara Mearns to corps de ballet members and even the ballet master in chief, Peter Martins. It promises to be a fascinating look at the Company so tune in this fall! (The Hollywood Reporter has more information about all the shows.) 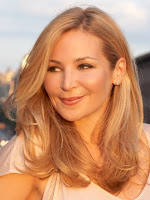