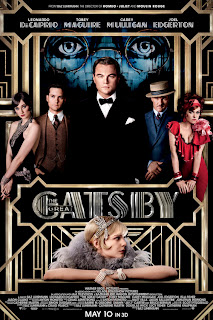 F. Scott Fitzgerald’s The Great Gatsby was one of the few book assigned to me throughout high school that I actually read. (Don’t tell my English teachers!) While reading it, I found it to be a well-written soap opera, and then discussing it in class brought to light the layers of symbolism abounding in Fitzgerald’s revered novel. (Never read the novel? Read the Cliff’s Notes for a quick synopsis of the goings on.) I re-read it last month, in anticipation of Baz Luhrmann’s screen adaptation (the sixth of its kind), and, with notes scribbled in the margins and my junior year AP English teacher in my head I connected the excesses and facades and decline seen in Fitzgerald’s 20s-set novel to today, and became even more excited to see the movie. (Also: Leonardo DiCaprio has been my favorite actor for over 20 years and I never miss his flicks.)

That said, I did have mixed feelings as I anticipated the movie. On the one hand, I like the novel and I love DiCaprio. I quite enjoyed the results the last time he teamed up with Luhrmann, for the 90s, Miami Beach-set take on Romeo + Juliet. On the other hand, I hated Moulin Rouge, another Baz Luhrmann picture, although it was sans Leo. Plus, I had been hearing unenthusiastic “pre-reviews” from trusted film critics (like Rolling Stone’s Peter Travers). So I went in with somewhat neutral expectations.

Baz Luhrmann’s telling of the story (he co-wrote the adapted screenplay with Craig Pearce) didn’t thrill me overwhelmingly, but I liked it. Through his noted point of view and style of filmmaking, he vividly brings Gatsby’s world to life, creating a visually stunning world in which his terrific actors play, though there are a couple of missteps along the way.

Right off the bat, I was displeased with the framing device used to the tell the story. If you remember the novel, you’ll remember that Nick Carraway is our narrator and guide, and we only see what he sees. In the film, for no other reason, it seems, than to justify the narration, Nick (Tobey Maguire) is a patient in a mental institution, a depressed alcoholic, writing the story at his doctor’s behest. The device would be forgivable except for two flaws.

One, the storytelling doesn’t stick to its own rules. If Nick is telling the story, he can’t know what’s happening when he’s not around and so when we see Gatsby and Daisy in intimate moments—moments for which Nick is certainly not present—it directly conflicts with the actual telling of the story. And two, whenever we break from the story and flash on Nick in the doctor’s office, it completely knocks you out of the story, shattering the decadent world in which you’ve heretofore been immersed. (The 3-D does help you to feel directly in the world, making it all the more troublesome when you’re unnecessarily kicked back to the cold, drab setting of the sanitarium.)

The other liberty Luhrmann took was to omit certain elements from the novel. Of course, it’s his right to do so, but his omission of a key sequence really stuck in my craw. At the end of the novel, Nick meets Gatsby’s father. It’s a brief part of the novel but it, in my opinion, greatly helps to flesh out Jay Gatsby, or James Gatz, as he was once called. That meeting does not occur in the film so there is a key piece of Gatsby missing.

Still, the omission didn’t come until the end and the cuts to drunk Nick grew fewer and farther between as the story moved on so there was still much to enjoy.

Most notably the aesthetic. This is one of the most sumptuous, beautiful-looking films I’ve seen. It appears as if no expense was spared in creating Gatsby’s parties. (Fitting, since Gatsby would spare no expense in order to impress his one true love.) Luhrmann’s creative partner and wife, Catherine Martin, served as production and costume designer, and does extraordinary work. (Side note: though the action is set on Long Island and in Astoria + Manhattan, the film was shot in Sydney, Australia.) Martin’s designs dazzle as they show off the excesses of the day or the decline of civilization, depending upon the character, location and time in the film. (Fun side note: to make Gatsby stand out visually at his parties, Martin dressed DiCaprio is a dark blue tuxedo, rather than black, as worn by all the other revelers.) And it’s all stunningly captured by Simon Duggan’s cinematography.

Luhrmann is known for his audacious soundtracks, and he’s drawn a lot of attention for this one. Produced by Jay Z, the Gatsby soundtrack blends the hip-hop of today with the roaring jazz of the 20s. (Original music for the film is by Craig Armstrong.) Some say it’s too discordant, that hearing classic Jay Z tunes in a jazz age-set film doesn’t work. I disagree.

If you trace the lineage of hip-hop, it has its roots in jazz. The hip cats blowing on a trumpet in the 20s evolved into hip-hop beat-boxers. And today’s hip-hop culture, especially as depicted in music videos, is one of decadence and partying to excess. If that doesn’t scream Gatsby, then I don’t know what does. Plus, bringing in a little of the new into the old makes the old seem new again. It helps to solidify the connections between where we were and where we are. (And possibly forewarns where we are headed.)

And then, of course, there are the performances. The casting of our three main characters, Nick, Daisy and Gatsby, was perfect, but there’s a strong supporting cast, too. Joel Edgerton (Zero Dark Thirty) is full of white male bravado, signaling everything that scares Tom Buchanan about the changing times. As his mistress, the over zealous Myrtle Wilson, Isla Fisher (Bachelorette) is manic, flitting from emotion to emotion just as quickly as she knocks back drink after drink. Jason Clarke (Zero Dark Thirty) appears briefly but effectively and pivotally as Myrtle’s dim but vengeful husband, George the mechanic. 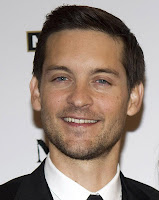 Elizabeth Debicki makes an impressive debut at Jordan Baker, Daisy’s best friend and Nick’s sometimes companion. As Nick, Tobey Maguire returns to top form. After his Spider-Man franchise finished, he seemed to drop off the radar. But he was a natural at playing Gatsby’s only friend. (Maguire’s real-life lifelong pal, DiCaprio, urged him to take the part.) Maguire has a wide-eyed, sort of cockeyed optimist demeanor to him, making him perfect for introducing us to Gatsby’s world and then allowing us to have our illusions shattered along with him. 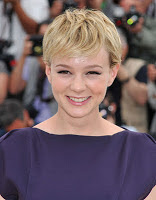 The illusions have all been built up, of course, for Gatsby’s great love, Daisy Buchanan (Carey Mulligan). The two met five years before the main action of the film, but Gatsby, penniless, went off to war and Daisy married into money, Tom’s money. Mulligan (Shame) is sensational as the fragile Daisy. She enlivens Daisy’s many sides, from her veneer of fabulousness to her susceptibility to being swept up in Gatsby’s grand gestures. Mulligan plays Daisy as the young, insecure but climbing bride that she is, making it clear why she makes the choices she does.

But The Great Gatsby is nothing without a great actor as Gatsby and we have him in Leonardo DiCaprio. DiCaprio is really a character actor trapped in a leading man’s body (to wit: Django Unchained), and this is his first film in a long time that has featured his good looks as a character. Looking lean and as handsome as ever, DiCaprio embodies Gatsby’s charm, making it so easy to see why Nick and Daisy become utterly enchanted by him.

No longer looking like a boy but rather like a man who’s been through some things, DiCaprio captures all of Gatsby: the put-on charm he uses to bring people close; the hidden insecurity that what he has created will never be enough for his love; the simmering disdain for the obstacles (particularly Tom) in his way of what he thinks is happiness. DiCaprio presents a full picture of the enigmatic Gatsby (filling in what the adapted screenplay leaves out), eliciting sympathy for the man child James Gatz has turned in to and, no doubt, making us all want to party with the great Gatsby.
Baz Luhrmann Carey Mulligan film Gatsby Leonardo DiCaprio movie The Great Gatsby