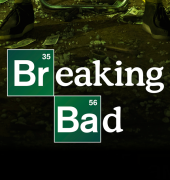 Breaking Bad at Lincoln Center
Whether you're not yet caught up on Breaking Bad or you just want to re-watch the series before the final season begins on August 11, Lincoln Center has you covered. Beginning July 26 and running through July 30, you'll have an opportunity to watch - for free - every episode. The marathon screening leads up to "The Perfect Batch: Breaking Bad Cast Favorites," which is exactly what it sounds like. Creator Vince Gilligan and stars Bryan Cranston, Anna Gunn, Betsy Brandt, RJ Mitte and Bob Odenkirk will be on hand to present their favorite episodes to partake in a question and answer session. Visit The Wrap for a schedule and ticket details.

Broadway Barks
The line up for this year's Broadway Barks has been announced. (Broadway Barks is hosted by Bernadette Peters and Mary Tyler Moore, and is a dog and cat adoption event attended (and therefore promoted) by stage veterans. This year's event will take place on Saturday, July 13 in Shubert Alley.) Tony nominee Annaleigh Ashford (Kinky Boots) and Tony winners Gabriel Ebert (Matilda) and Andrea Martin (Pippin) are among those slated to appear. Visit Broadwayworld.com for the full list, and look below for two of my favorite photos from the last couple Broadway Barks events! 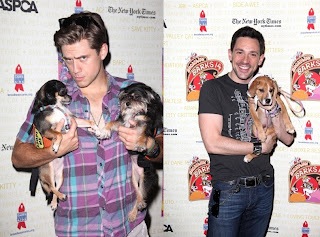 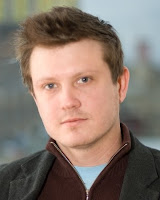 Hollywood Innovators
In a new feature, The Wrap presents its inaugural list of 12 Innovators Changing Hollywood. (That link takes you to the gallery. Click here for the feature article.) Those on the list represent artists of all stripes. I think The Wrap is playing a little fast and loose with the term "innovator" (for example, Zach Braff is on the list - what?!?) but nevertheless I'm glad to see certain emerging artists (or artists who've been toiling away and are beginning to gain recognition) on the list, including Beau Willimon, who adapted his play Farragut North for the screen (it became The Ides of March) and was recently featured in a The Hollywood Reporter roundtable discussion because of his work and show runner for House of Cards. Way to go, Beau!