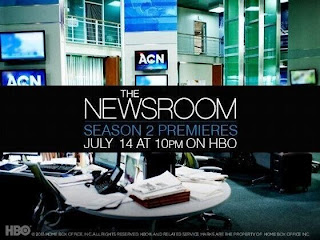 Reviewing the Drama will be on a two-week Media Morsels hiatus beginning July 19, but will return on August 2. 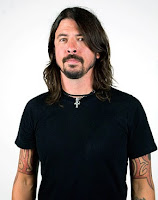 Foo Fighters' Dave Grohl Goes Off Camera
The rocking muscian and music fan is on the cover of the current issue of Off Camera. In this penetrating interview, which you can read, watch or listen to here, Grohl talks about, what else, rock and roll, imparting wisdom like, "Sound City was kind of a platform for me to talk about something that I really believe in, which is the sound of human beings playing music and people collaborating and the effect of the things that you don't necessarily take into consideration. ... Music's a big fucking deal, so I guess for me, it's important that everyone feels the way I feel about music, you know? It's such a luxury in life that everybody has music available to them..." along the way. I love the music this man makes and I love listening to him talk about music. This is why.

Dustin Hoffman Talks About Being a Woman
In this touching clip from the American Film Institute (AFI), the talented actor talks about developing Tootsie and preparing to be a woman.

The Newsroom: Season 2
Your treat of the week: The Newsroom, season 2, begins this Sunday night, July 14, on HBO. (As mentioned at the top of this post, I'll be on break and won't be here to wrap up the first two episodes for you. Check back on August 2 for coverage of the first three episodes.) Below, Aaron Sorkin thanks you for watching, and has two clips from the new season, including one featuring stage veteran Hamish Linklater (Seminar). And here are some other Newsroom treats:

Academy Award News: The Songs
The Oscars aren't until March 1, 2014, but some interesting news was announced this week: The Academy will host a concert in LA that will feature performances of the nominated scores and songs. Thompson on Hollywood reports that the Governors of the music branch said, "a symphony orchestra of Los Angeles studio musicians will perform a suite from each score of up to ten minutes in length. Subject to availability, each original composer will conduct his or her own work," and the Academy plans to invite composers and directors to talk about their creative processes. While this does not spell out anything as far as what kind of musical performances we will actually see on the Oscars telecast, it's noteworthy, nonetheless. 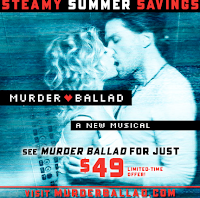