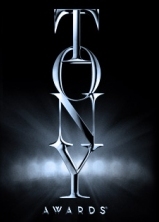 The 67th annual Tony Awards are in the books and it was a fun-filled broadcast with some emotional and unexpected wins.

Hosting for the fourth time, Neil Patrick Harris did a terrific job selling Broadway. From his opening number written by Tom Kitt and Lin-Manuel Miranda, to his Les Miserables Tom Hooper close up joke (zing!), to the entertaining if unnecessary medley featuring Broadway vets with canceled TV shows (the medley was written by Michael John LaChiusa and featured Laura Benanti (Go On), Andrew Rannells (The New Normal) and Megan Hilty (Smash)) to the surprise closing number, featuring five-time Tony winner Audra McDonald and written by Miranda (who, according to his tweet, was playing the piano!), it was a great night for Broadway.

And now, without any further ado, the full list of winners for the 2013 Tony Awards! (Winners are notated in boldface type and with an asterisk.)

Best Revival of a Play
!!!!!!!!!!!!!!!!!!!!!!!!!!!!!!!!!! There were several prognosticators and other talking heads who either wanted Golden Boy to win or thought Trip to Bountiful might. But how could anything other than this most perfect production of a classic American play win? The play was the absolute best show on Broadway in the entire season. And, it had the best logo. How do you not vote for a show that uses a whiskey bottle for its show art? Perfect.

Best Performance by an Actor in a Leading Role in a Play
I'm so glad the prognosticators were wrong. Many were saying Hanks would win this award. I haven't seen Lucky Guy, though I hear that the two-time Oscar winner is quite good in his Broadway debut. However, I've been pulling for Letts the whole time because he gave a master class performance in the incredible revival. I was surprised but overwhelmingly delighted that his performance (in a show that closed, after extending several times, in March) was honored. Plus, it makes Letts the only Pulitzer Prize winning playwright to win a Tony for acting. (He won the Pulitzer for August: Osage County; a film adaptation will be released at the end of this year, and Letts adapted his play for the screen.)

Tyson's is the only performance in this category I haven't seen, so I can't justifiably comment on whether her win over favorites Morton and Nielsen is deserved. The buzz around town is that she's giving a fantastic performance. I just wonder how such a small woman can hold up such a big and fussy dress!

Best Performance by an Actor in a Featured Role in a Play
This looked like a tough category. I had been pulling for Shalhoub because of his understated and riveting performance. Still, having not seen Vance, I can't comment further.

Best Performance by an Actress in a Featured Role in a Play
Two years in a row! Light won this same award last year for her performance in Other Desert Cities. (The snarky Charles Isherwood, of The New York Times, quipped that this year, Light won again for playing the same character. A little snooty, but not without a ring of truth. Light's characters' in both plays do share some similar traits.)

Best Direction of a Play
Despite my contention that Virginia Woolf? was the best production of the season and a lot of that being due to MacKinnon, this wasn't a lock. I'm so glad she won. MacKinnon was able to find freshness and passion in a 50-year-old play that has been produced numerous times on Broadway. Her production of this classic show is surely the one against which all future productions will be measured.

Best Lighting Design of a Play

Best Sound Design of a Play

Best Musical
OK. So I didn't out-right love Kinky Boots or Matilda, the two musicals most agree this race really came down to, but I'm glad this won over Matilda. In Kinky Boots, you get heart and a clear, inspiring message. Not so much with Matilda. Kinky Boots is fun and flashy in all the right ways and, though set in North Hampton, England, is home-grown, unlike the British import Matilda. Plus, Kinky Boots features Billy Porter (see below) and the glorious break out Annaleigh Ashford. Everybody say yeah!

Best Book of a Musical
Many prognosticators thought this split would happen: Matilda would win for Best Book and Kinky Boots for Best Score (or the other way around, depending up on whom you asked).

Best Original Score
Lauper is the first woman to win this award for a score written without a writing partner. As presenter Jesse Tyler Ferguson said when he announced Lauper as the winner, "Girl, you're gonna have fun tonight!" (The historic nature of Lauper's win aside, I don't think this was the best score of the season, but then again there weren't any transcendent original scores.)

Best Revival of a Musical
!!!! Diane Paulus is three for three. All three of her Broadway revivals, Pippin and Hair and Porgy and Bess, have won this award. They've got magic to do over at the Music Box Theatre - join them!

Best Performance by an Actress in a Leading Role in a Musical
What do the kids say? I feel kind of "meh" about this. This wasn't a particularly strong category. There's no truly stand out performance in the pack. Miller does a fine job and her vocal chops are unquestionable, but I saw all the effort in her performance. However, Miller's win does make Tony history: this marks the first time one role, the Leading Player in Pippin, has netted Tony awards for both a man (Ben Vereen originated the role in the 70s) and a woman.

Best Performance by an Actor in a Featured Role in a Musical
I didn't exactly have a favorite in this category, though I did like Ebert in Matilda and thought he was one of the highlights of the show. (And looking through various photos of the goodnatured, gangly goofball (I say with sincere affection) after his win, he had a great time throughout the night.)

Best Performance by an Actress in a Featured Role in a Musical
!!!!!!!!!!!!!!!!!!! This might have been the toughest acting category of the night, though most people thought Martin had a lock on this. As well she should have. She stops the show, garnering a standing ovation in the middle of act one. Bravo, Ms. Martin! The only other person I was rooting for (what, we can't have a tie?) was Ashford. But I'm not worried about the bubbly break out star of Kinky Boots. She's a powerhouse performer and we'll see a lot more from her over the years.

Best Direction of a Musical
Yay!!!!!!!!!!!!!! I love, love, love Diane Paulus! She shared the quote, "creativity is a form of knowledge," and I couldn't agree more. It's about time this visionary, brilliant, creative and brave director was honored with a win for her unparalleled direction. 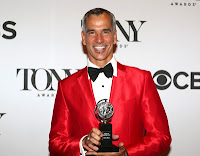 Best Choreography
I thought Walker was going to win, but I'm glad Mitchell was honored. What he has his cast - especially those angels - doing, is astonishing. Bravo! (And I dig his festive, show-inspired red jacket!)

Best Orchestrations
In 2011, Oremus shared this award with collaborator Larry Hochman for their Book of Mormon orchestrations.

Best Sound Design of a Musical
Special Tony Honors (non-competitive awards)
There you have it: the 67th Tony Award winners. Browse through my Tony Pinterest board for Tony pics, and then come to New York to see a show!


And now, I leave you with a quote from Tony Award winner for Spring Awakening John Gallagher, Jr.:

"Theatre award season is over! May we all continue to run our shows with commitment and passion eight times a week." Amen, Johnny!