As is typical for me when seeing off-Broadway shows that are part of a subscription series, I didn't know anything about Arlington when I arrived at the Vineyard Theatre. All I knew was that it was a musical, it was new (and original, to boot), and that Alexandra Silber was starring (which was neither here nor there since I had never seen her in anything).

So I sat in my seat waiting for the show, with book and lyrics by Victor Lodato and music by Polly Pen, to begin. I noticed the pleasant, Crate and Barrel-esque scenic design by Dane Laffrey (that's not a knock; I want to buy everything in Crate and Barrel). I noticed a piano that looked exactly like the one that was and remains in my family's home. And I started wondering about the title. When I think of Arlington, I think of Arlington, Virginia, which often leads me to think of Arlington National Cemetery. (I was not off base.) While waiting I also learned that the show is only an hour. I became curious. 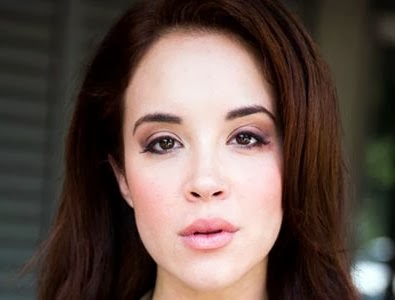 Directed by Carolyn Cantor (The Great God Pan), Arlington starts off fairly light and even a little zany. Sara Jane is waiting for her mother to arrive; they're set to have lunch. She's going on and on about various things, though I can't remember the details of her ramblings.

After lunch (we don't see the lunch; we only meet Sara Jane and The Pianist), things start to get a little more serious. The gravity of where the piece ends sneaks up on you. Tyler Micoleau's lighting design reveals a darker parallel world (powerfully created by scenic designer Laffrey) wherein The Pianist becomes much more than an accompanist.

But then it all just kind of ends. Just as things get interesting and provocative, Arlington concludes. Leaving things open to interpretation is always an option, and not necessarily a good or bad one. Here, I felt like I wanted more, or maybe just some added stage business that would allow Sara Jane's final song to fully sink in. As I write this, it's been less than 24 hours since I saw the show and I don't have a vivid memory of the ending.

What I do have a vivid memory of is how sensational Alexandra Silber was. The talented performer gave a vocal tour de force, going from bouncy character voice to operatic virtuoso in an instant. Her expressive face and glorious singing allowed the audience to engage with her immediately, which was good since she's talking/singing to us!

It's worth noting, I think, that the program states that the inaugural version of Arlington was presented elsewhere in New York City. After that, the "full-length version" had its world premiere in San Francisco in November 2013. I don't know what version this is, but I'm curious to see other iterations.
Alexandra Silber Ben Moss musical off-Broadway vineyard theatre