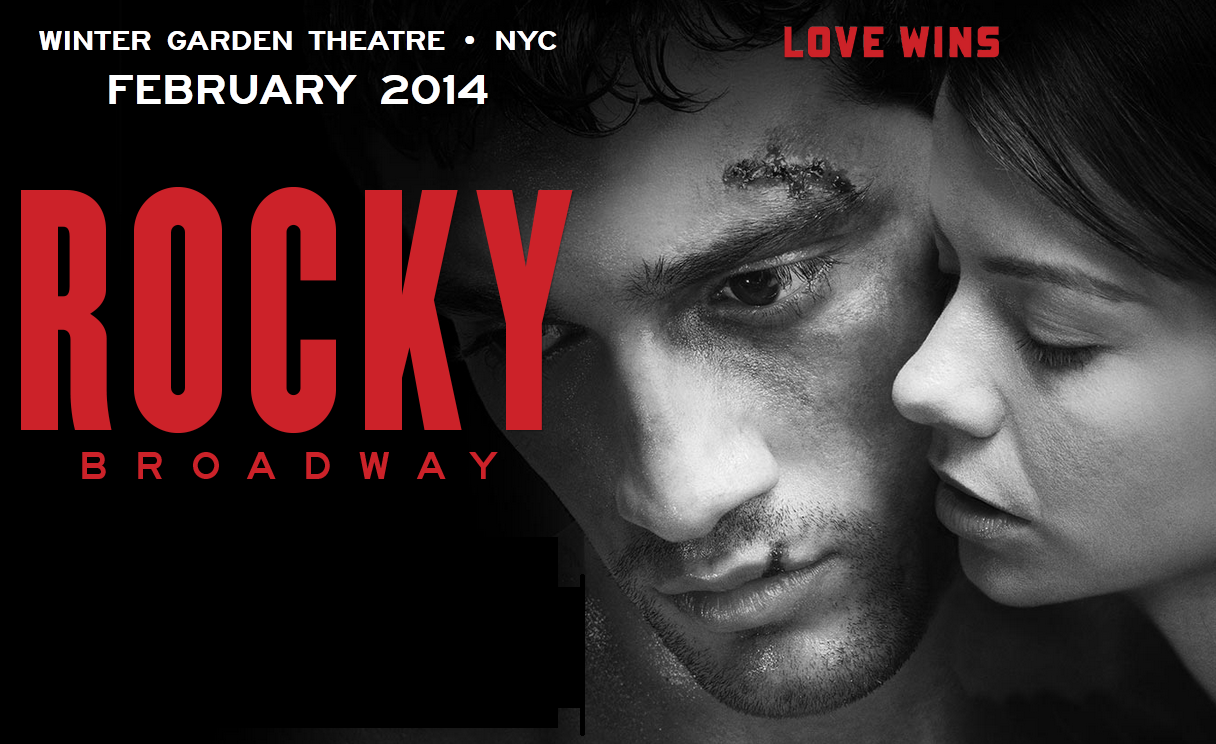 Alex Timbers is a genius, and that’s why Rocky —as a musical and on Broadway—is worthy of your attention.

Based on the 1976 Oscar-winning film, penned by and starring Sylvester Stallone, Rocky centers on 29-year old Rocky Balboa (Andy Karl), a sweet but simple guy from the south side of Philadelphia. (The show is set in 1975.) He has aspirations of becoming like his legendary namesake, Rocky Marciano, but instead he’s down on his luck, struggling to make ends meet and working as a loan shark’s muscle. He “trains” at a boxing gym, but for what is becoming less and less clear. He pines for his friend’s sister, Adrian (Margo Seibert), and that relationship becomes the emotional center of the show. When the heavyweight champion of the world, Apollo Creed (Terence Archie), is in sudden need of an opponent for a hyped up match (are there any boxing contests that aren’t hyped up?), he chooses Rocky, and our titular hero is itching to fight. 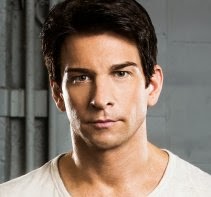 (Karl (The Mystery of Edwin Drood) does an excellent job of finding Rocky’s heart. He’s a gentle brute, if that’s possible, making it clear that beneath Rocky’s tough exterior is a truly nice, tender guy who’s just looking to make a connection.)

Though I have seen all five Rocky movies, it’s been at least ten years since I’ve seen any of them and I don’t remember them vividly. I say this because I don’t remember if the heart that’s palpable in the show was present in the movie. Regardless, I’m glad that book writers Thomas Meehan and Stallone, songwriters Stephen Flaherty (music) and Lynn Ahrens (lyrics) and director Timbers (Here Lies Love) clarified and made express the characters’ emotions and motives. This isn’t just about a fight in a boxing ring.

What the creative team makes clear is that Rocky and Adrian are both fighters, even though only one of them is a pugilist. Rocky is fighting not to win a match but to make something of his life. He’s fighting for something to be proud of and call his own, and, once Adrian agrees to go on a date with him, he’s fighting to keep the happiness she brings to his life. Similarly, Adrian is fighting to live a life beyond the little that is expected of her. When we meet her, she’s shy and mousy, but the fighter in Rocky awakens the fighter in her, and that’s a satisfying character arc to watch. 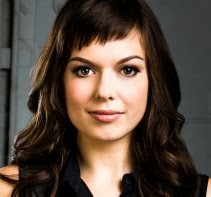 Still, for most of the show it is unclear why there was a need to bring this to the stage, especially in musical form. It’s a fairly traditional book musical; an “I want” song here, a big production number to start act two, followed by a soft, lovers’ duet. The unremarkable Ahrens-Flaherty (Ragtime) score is integrated nicely so it feels natural (within the confines of musical theatre) for these people to be singing at those moments. (There’s really only one full out splashy musical number, “Patriotic,” and it comes courtesy of the flashy Creed and his posse; choreography is by Kelly Devine. As Creed, by the way, Terence Archie (The Elaborate Entrance of Chad Deity) is terrifically over the top.)

There’s one guy with a Philly accent that would make countless Eagles fans happy, and plenty of tropes from the movie to make Rocky-loving audiences happy. To wit: my fellow audiences members clapped, rapturously, at the sight of raw eggs and stairs. (Bravo to scenic designer Christopher Barreca and video designers Dan Scully and Pablo N. Molina for keeping so many of the moments, iconic and otherwise, moving seamlessly and effectively.)

The musical themes you love from the movie, like “Gonna Fly Now” and “Eye of the Tiger” make appearances, and, thanks to Stephen Trask and Doug Besterman’s orchestrations, they’re actually quite powerful. There are also plenty of “Yo, Adrian”s uttered, although I like that they were kept simple and not “Stellaaaaa” level.

For all those trappings, and good performances from all, there still isn't a clear reason to adapt Rocky for the stage, and the show doesn’t really do much for the first several rounds.

But then the final twenty minutes begin and that’s where Alex Timbers’s genius really takes off. He transforms the Winter Garden into Madison Square Garden (or the Wells Fargo Center, since we're "in" Philadelphia) and we get to see the fight we came to see. (Exciting, believable fight choreography is by the talented Steven Hoggett (American Idiot, Once)). Flyers and 76ers banners come down in the mezzanine. The people in the first twenty rows in the center orchestra get up and move to risers on the stage. Technicians work quickly to transform the orchestra so that the boxing ring can come out into the audience for the multi-round final bout.


You get into it, despite yourself; even if you didn’t want to like it because it’s Rocky and what in the world is it doing on Broadway…you get into it. Because Alex Timbers creates a uniquely theatrical experience—he immerses you in the moment—giving you a ringside seat to the fight so that in the end, you’ve gone through this communal experience that can only happen in a theatre—or at a live event where everyone is experiencing the same thing at the same time. With what seem like simple techniques (the complexity is in the orchestration), Alex Timbers is pushing the boundaries of what can happen in a theatre - especially a Broadway theatre. I love Alex Timbers.

For more information about Rocky and to purchase tickets, visit rockybroadway.com. And check out this short clip of Alex Timbers talking about what the show means to him.