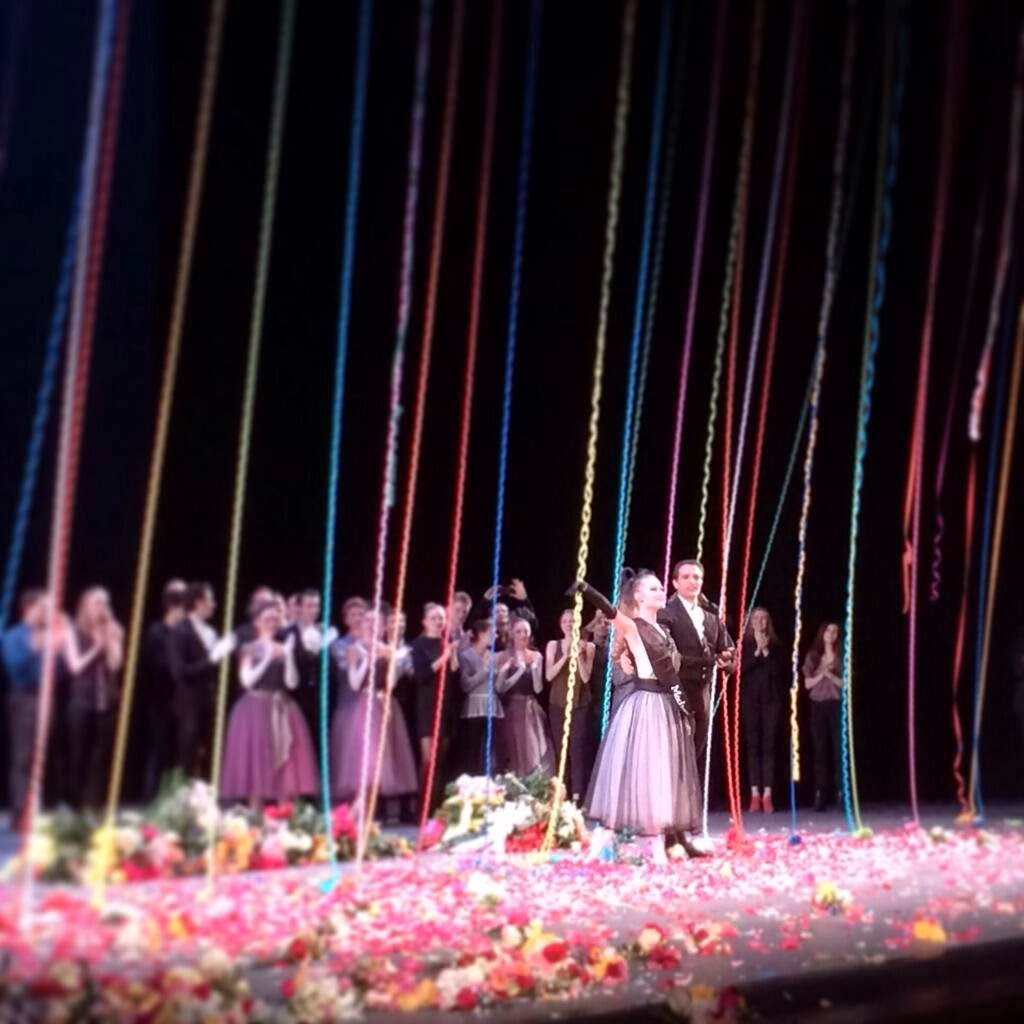 Well, unfortunately, it’s time to say a brief farewell to the New York City Ballet. This weekend marked the end of the Company’s winter season but the spring season is just around the corner, with performances starting on April 29. This weekend also marked, however, the farewell performances of beloved principal dancers Janie Taylor and Sebastien Marcovici. The couple is moving out to LA, where Marcovici will be a ballet master for the LA Dance Project, which was founded by former NYCB dancer Benjamin Millepied. While I didn’t attend their final performance, I was there for their penultimate performance, and it was great to see them on stage one last time. (The photo above was taken as they took their farewell bows, and was shared on the Company's Facebook page.) 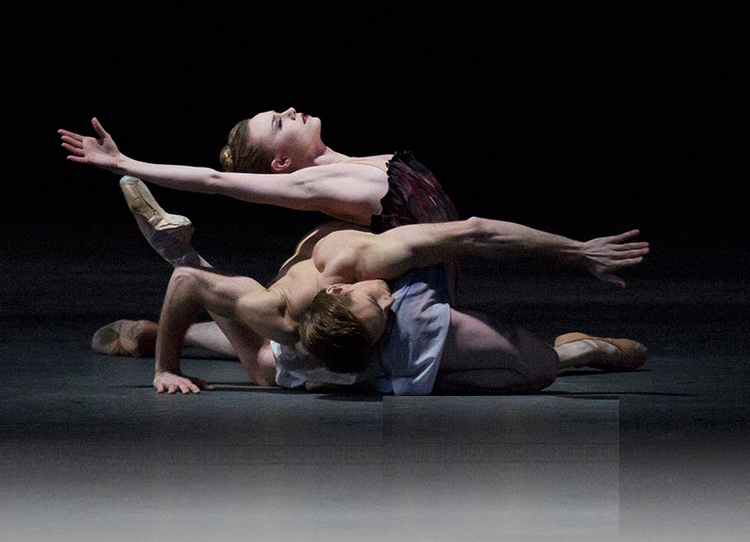 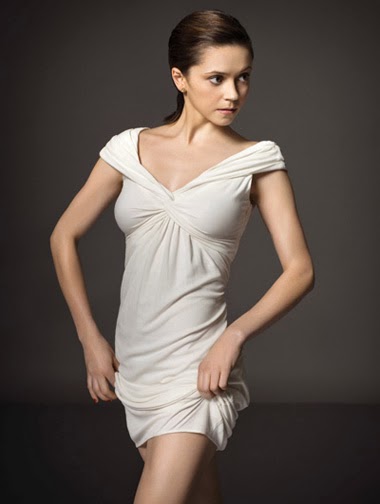 But the afternoon began with a repeat performance of Liam Scarlett’s Acheron. When I booked my season a year ago, this spot on the program was supposed to be filled with a new Peter Martins piece, the one that got pushed back last winter, creating a slot for Justin Peck’s Paz de La Jolla. But the Martins piece is still not ready so instead, I got to see an encore of Acheron, which  turned out to be a good thing.

This time, I got a little more of a theme, having accepted the discomfiting sound of the organ as part of the storytelling. I realized that it’s a sound that portends something bad—or, at least, something disruptive—happening. Just what the trouble 'round the corner is is open to interpretation, but with Anthony Huxley as a loner wandering around the stage, you wonder if maybe he’s death, or some similar spirit, here to decide or make final the fates of the couples. 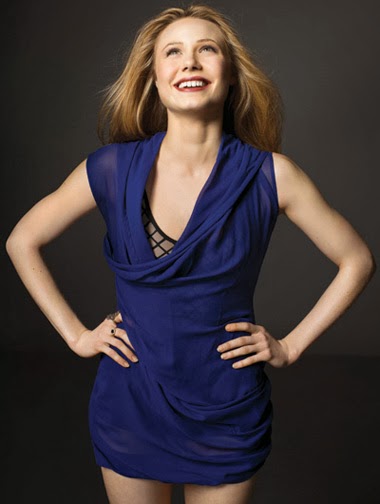 (As before, those couples were Sara Mearns and Adrian Danchig-Waring; and Rebecca Krohn and Tyler Angle; Megan Fairchild and Gonzalo Garcia danced in place of Ashley Bouder and Amar Ramasar.)

The whole piece feels like it’s being danced under water—like the dancers have to push against something, like they’re struggling to achieve something. And sometimes, you see the tempest brewing. It’s in these moments that Scarlett takes advantage of the NYCB style of dance—aggressive, furious and unrelenting. (Particularly noticeable as the tempest was coming was Megan Fairchild’s precision.) 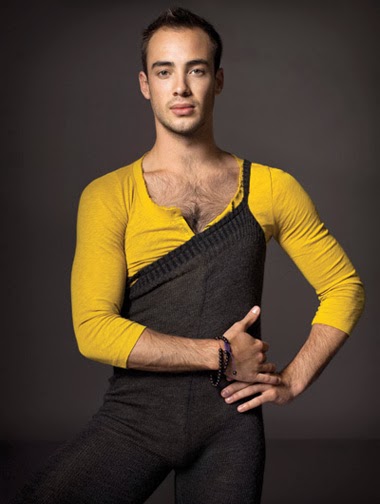 Other highlights of the ballet include the exquisite way Sara Mearns is lifted over Adrian Danchig-Waring during their first pas de deux. He holds her so high and so straight in the air that she looks as if she’s floating away. It’s a beautiful moment. And Rebecca Krohn and Tyler Angle are simply transcendent.

I think it’s a pretty ballet, and shows Scarlett’s promise. He’s clearly still figuring out his choreographic voice. It won’t ever be one of my favorites (although I still loved watching the shirtless men), especially with the organ, but there are good moments, making it worth a view if it comes up on the repertoire. 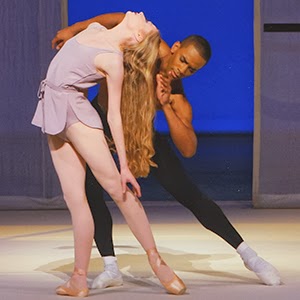 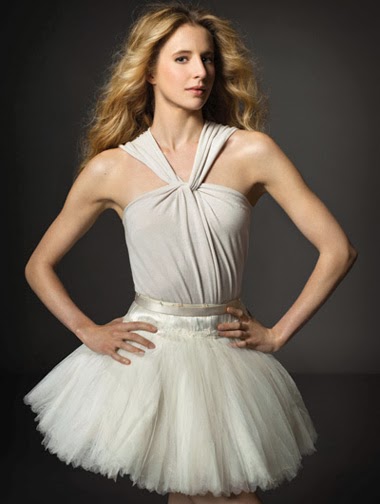 Next was the all-too-brief Jerome Robbins ballet, Afternoon of a Faun, which turned out to be a See the Music piece. (You might recall that for such pieces, before the ballet begins, the orchestra is raised and the music director talks about the music you’re about to hear, with the orchestra playing bits here and there to demonstrate various musical ideas.) This meant hearing Andrews Sill talk about the Claude Debussy music and its place in musical history. (Apparently, it was revolutionary for its time.)

The ballet itself is stunning. For no more than ten minutes (I think that’s a generous estimate) we watch Sterling Hyltin and Craig Hall explore. As it says in the program notes, Debussy’s music, “Prelude a l’apres-midi d’un faune,” was inspired by a Mallarme poem that “describes the reveries of a faun around a real or imagined encounter with nymphs.”

Robbins sets his ballet in “a room with a mirror,” and features just two dancers, playing dancers. It begins with a pensive Craig Hall stretching in front of the “mirror” (there isn’t actually a mirror; when the dancers are looking at the mirror, they are looking at the audience). He’s sort of checking his levels for the day. Then a glorious, muse-like Sterling Hyltin enters, gracefully commanding the stage. They dance, but are looking at the mirror the whole time, not connecting with each other until the very end. Just when there’s a connection, they part. Hyltin floats away and Hall goes back to the start.

Was the whole thing a dream? Is each of them a figment of the other’s imagination? It’s possible. The dancing has an improvisational feel to it, bringing a wonderful sense of romance. Afternoon of a Faun is going to stay with me for a while. Its beauty and power sneak up on you, making it unexpectedly moving. 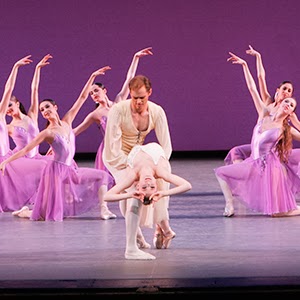 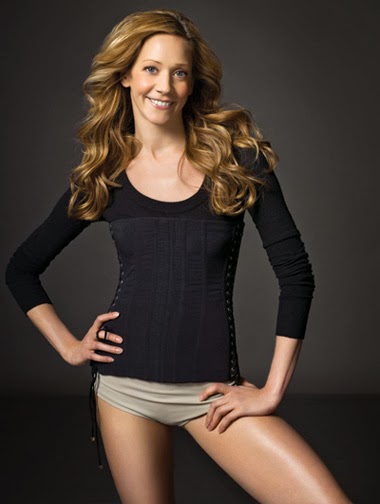 The third ballet of the afternoon was George Balanchine’s Walpurgisnacht Ballet, a divertissement from the Charles Francois Gounod opera, Faust. With the reliably good Maria Kowroski and Ask la Cour leading the large ensemble, it’s a fine, pretty ballet. I found nothing particularly remarkable, although I did like the way the ladies let their hair down at the end, letting their tresses bounce around as they bounded across the stage, adding a little exuberance to an otherwise humdrum (save for the finishing flourish) ballet. (I didn't remember this at the time, but apparently I had seen Walpurgisnacht Ballet before.) 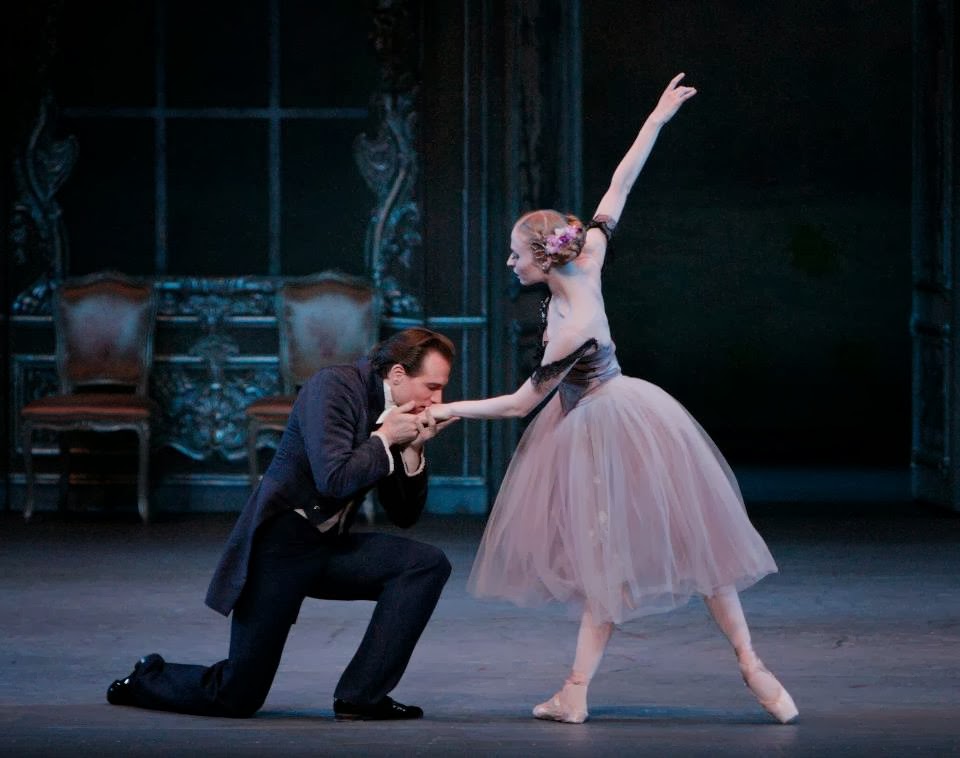 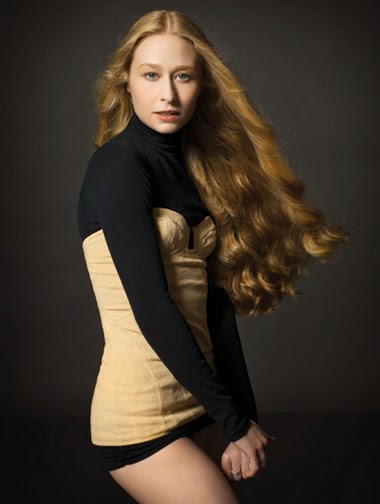 Bringing the program to a close was another Balanchine piece, La Valse. This was the piece featuring the departing Janie Taylor and Sebastien Marcovici, and that’s what made the ballet interesting. (Jared Angle is also featured.)

Divided into two movements, La Valse is set to two Maurice Ravel selections, “Valses Nobles et Sentimentales” and “La Valse.” Each is a series of waltzes. The first movement includes eight waltzes (with Taylor and Marcovici dancing the final waltz). It’s sort of an introduction to the environment, which is a cold, cavernous ballroom. 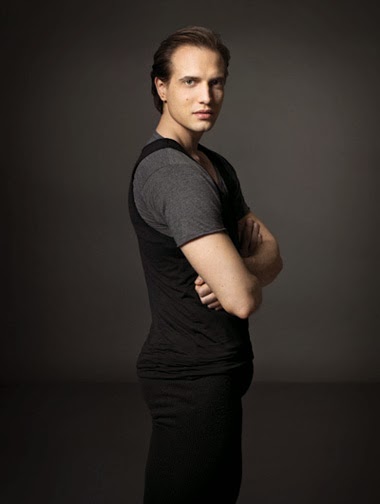 In the second movement, Taylor and Marcovici take center stage, and dance a beautiful pas de deux. Taylor is that rare dancer who is able to display childlike abandon in her dancing while simultaneously expressing the gravity of the piece. And watching her dance a lovers’ pas de deux with her husband is especially enchanting. What a lovely way to say farewell to two exceptional dancers. Merde to then as they embark on this journey.