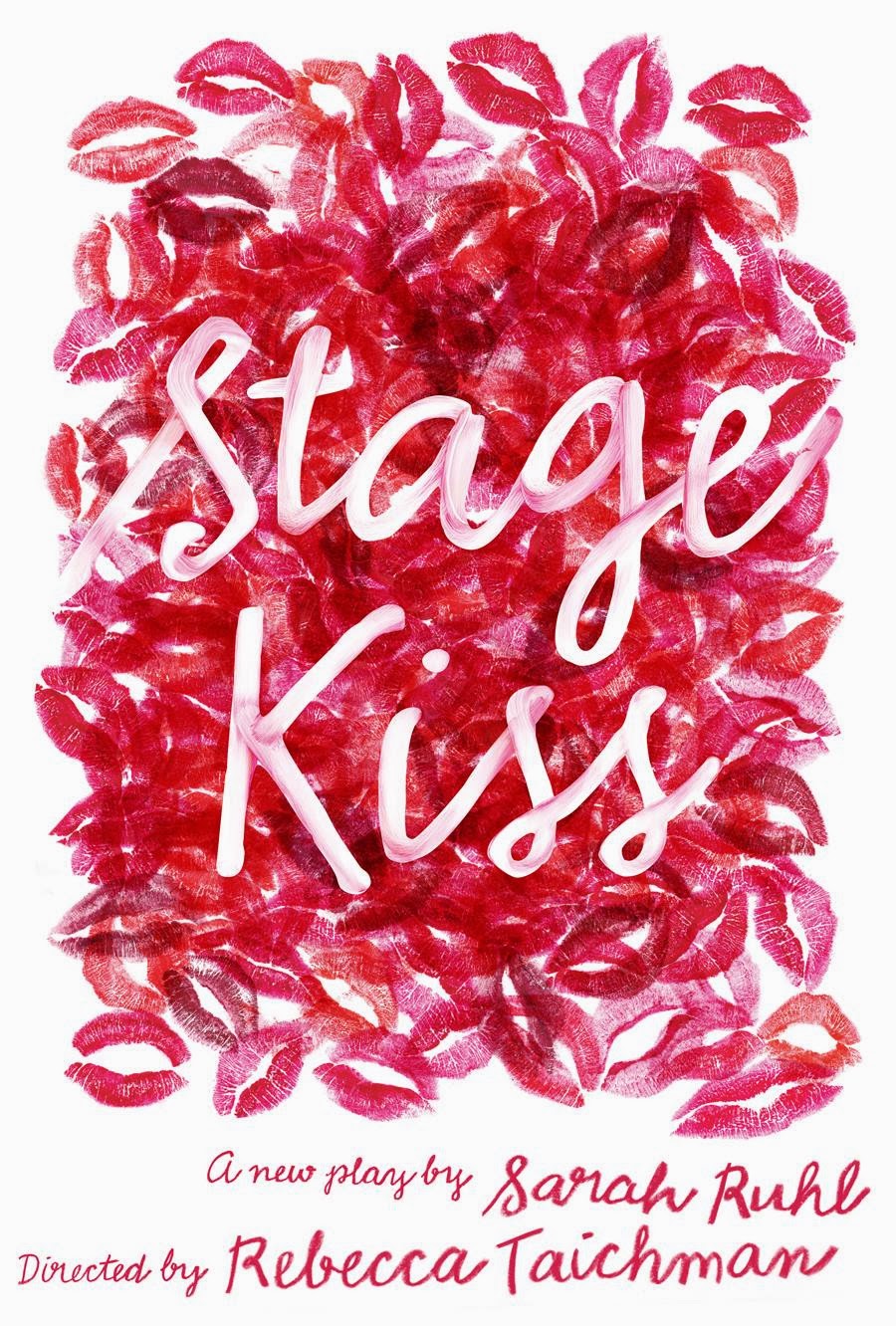 Sarah Ruhl's backstage dramedy is laugh out loud funny, poignant and through provoking, and winningly performed by a game cast directed by Rebecca Taichman.

In a post-show discussion, Ruhl said she was fascinated by the idea of actors kissing—it's a strange part of their job. From that spark, Stage Kiss came to life, telling the story of two exes, She (Jessica Hecht) and He (Dominic Fumusa), who are cast as lovers in a play. Act one follows them (and the company of actors, the director, et al.) as they rehearse, tech and open the show, and act two sees them in yet another show, their personal lives in various states of disarray. All the while, life is imitating art and art is imitating life.

It's a question that can be asked of almost any artistic endeavor and of any audience, though in Stage Kiss it's a question the actors have to ask themselves. In fact, much of the comedy comes from the ways in which they stumble over the question. At times, they try to be sincere in real life but can't keep from letting the dialogue from the show-within-the-show bleed in. At other times, they totally break and start singing "Some Enchanted Evening." Trust me; it's hilarious. (There are other musical interludes here and there, but those are part of act one's show-within-the-show. (Kudos to Todd Almond who wrote the original music and appears in Stage Kiss as The Accompanist.))

The entire company does great work under Taichman (Milk Like Sugar)'s well-timed direction, though the best work comes from Hecht (The Assembled Parties) and Fumusa (Nurse Jackie). Hecht begins with her typical breeziness but comes on strong and grounded as the play—and She's journey—progresses. "She" is an actor who acts in order to continually try new things and experience different lives. On the other hand, He is an actor who gets comfortable doing one thing and continues to play the same role. These differences seep into their personal lives, and Fumusa is heartbreaking in his final scene, as He finally understands the difference between fantasy and reality.

For more information about the terrific Stage Kiss, and to purchase tickets, visit playwrights horizons.org.