If you’re looking for a juicy soap opera, look no further than David Grimm’s Tales from Red Vienna. Set in Vienna circa 1920, Grimm’s tales follow Helena (Nina Arianda), who is trying to keep her life together—often by taking up the oldest profession—after losing her husband in the war. She’s been in mourning—wallowing in it, really—for almost a year when Bela (Michael Esper) enters her life and awakens in Helena something she thought was gone forever. Lots of other dalliances, twists and turns abound (truly; I’m leaving out four other characters and plot details) and it’s all quite fun.

While Tales from Red Vienna is set in the past, it is not meant to be a significant historical drama. While it deals with the fall out from the war, it is not meant to reveal layers of depth about political conflict and the costs of war. (There’s some commentary to that end, but it’s filler, mostly.) With moments of humor and soapy drama, Grimm and director Kate Whoriskey keep things just juicy enough.

And the real treat is watching Tony Award winner Arianda (Venus in Fur) and Esper (American Idiot, The Lyons) on stage together. 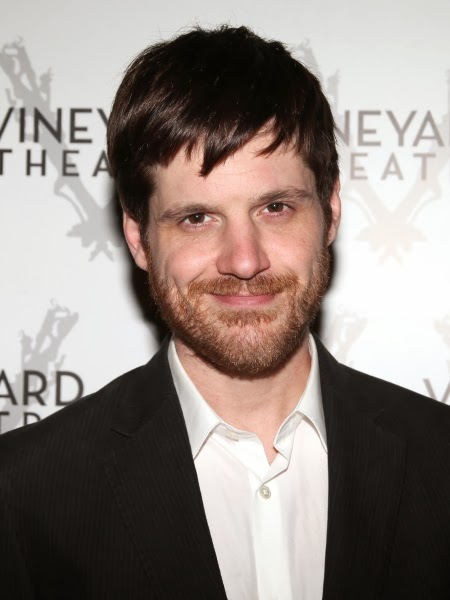 Nina Arianda is a goddess and she’s equally matched by Michael Esper. Their scenes together spark. The way she struggles to keep from succumbing to his charms; the way he gives off this charming, roguish manner. Her strength and naturalism, his powerful physical stance in contrast with his gentle voice. The way she conveys years of pain in a flash and the way he brings the intensity when there’s something to fight for. Thank you, Nancy Piccione and Kelly Gillespie for casting these two fantastic actors together.

Tales from Red Vienna isn’t a particularly important or significant play, but the performances are. What a treat to get to live in New York when Nina Arianda and Michael Esper are working in the theatre.
David Grimm michael esper MTC nina arianda off-Broadway play Tales from Red Vienna