An American in Paris Sitzprobe
The company of Christopher Wheeldon's An American in Paris are in the City of Lights rehearsing for the show's world premiere at the Theatre du Chatelet. (Check out this video of them making their way to Europe.) This week brought the all-important sitzprobe (literally: sit and sing), which is the first time the orchestra and cast (which includes Robert Fairchild (look how excited he is) and Leanne Cope) come together in the same room to play/sing through the score. (And this is a gorgeous score; An American in Paris is a Gershwin trunk musical.) The musical, directed and choreographed by Wheeldon and featuring an updated book by Craig Lucas, runs in Paris November 21-January 4, 2015. Broadway previews (at the Palace) begin March 13, with opening night set for April 12. Watch highlights from the sitzprobe below, then head to anamericaninparisonbroadway.com to purchase tickets. 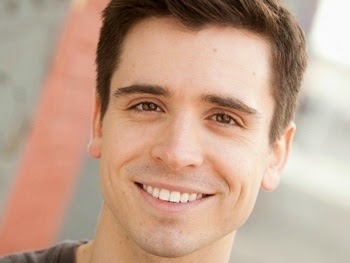 Casting Updates
Off-Broadway—Full casting has been announced for the world premiere of the new musical, Brooklynite, which will run at the Vineyard Theatre January 29, 2015, through March 22. (Opening night is set for February 25.) Matt Doyle (Spring Awakening, War Horse), Tony nominee Nick Cordero (Bullets Over Broadway), Andrew Call (American Idiot), Gerard Canonico (SA, AI, The Talls), Ann Harada (Cinderella, Avenue Q), Remy Zaken (Spring Awakening) and more will star in the musical, which has a book by Peter Lerman and Michael Mayer and a score by Lerman. Mayer (SA, AI, Hedwig and the Angry Inch) directs, Steven Hoggett (The Last Ship, American Idiot) choreographs, and other regular Mayer collaborators fill out the creative team. Broadway.com has more.

Broadway—From the disco to Siam, Here Lies Love stars Ruthie Ann Miles and Conrad Ricamora have joined the cast of the upcoming revival of The King and I. They, along with other featured players of the 51-member ensemble join the previously announced Kelli O'Hara (The Bridges of Madison County) and Ken Watanabe (Inception) in the Lincoln Center Production of the Rodgers and Hammerstein musical, directed by Bartlett Sher (The Bridges of Madison County). Previews begin March 12, 2015, with opening night set for April 16. Broadway.com has more.

Broadway—After much speculation, it was confirmed that John Cameron Mitchell will play the title role in Hedwig and the Angry Inch. Mitchell co-wrote the Tony-winning musical and originated the role, both off-Broadway and on film. Current Hedwig, Michael C. Hall, will remain with the show through January 18, 2015. Mitchell begins performances January 21. Tony winner Lena Hall continues with the production. Visit hedwigbroadway.com for more and to purchase tickets. 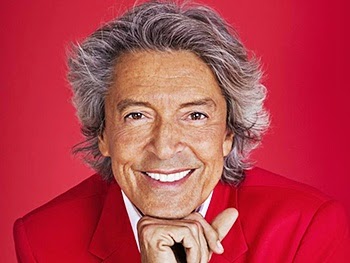 Foo Fighters Announce Tour
As promised, the Foo Fighters announced their North American tour dates this week. They'll return to the eight cities featured in Sonic Highways, and hit several others, as well. In an effort to "Beat the Bots," there will be a box office-only pre-sale for most shows this Saturday. An online pre-sale will follow on Monday, December 1, with tickets going on sale to the general public later that same week. Find more info on the Foo Fighters website. Also this week: Buzz Feed presented "17 Times Dave Grohl was Totally Right about Everything." Cosign. Grohl graces the cover of Rolling Stone's December 3 issue, the magazine announced. The magazine also released an interview with illustrator Stephan Martiniere, who created the beautiful album artwork. Finally, on this week's episode of Sonic Highways, the band visits New Orleans. Check out the tune inspired by that city, "In the Clear." Disney Announces Ticket Exchange Policy
Looks like Genie's been granting some wishes: Disney Theatrics announced a ticket exchange policy for Aladdin and The Lion King. No matter the reason, tickets may be exchanged (for the same production, different dates) up to two hours before curtain. A $12 per ticket fee will be assessed, except when the exchange takes place within 24 hours of the original purchase. Ticket holders should contact the original point of purchase to make an exchange. Playbill has more. (Pro tip: For what it's worth, most shows try to accommodate ticket holders who wish to make an exchange (under certain circumstances), and often without assessing an exchange fee. Hold on to your receipts, talk to the box office staff and be nice.)