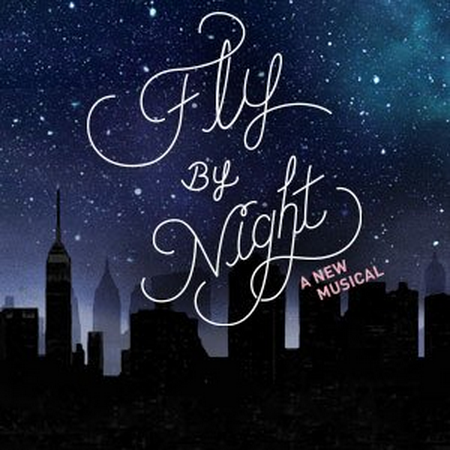 "It's not the things you do in life, it's who you do them with." So says a character in the dreamy original musical, Fly by Night.

Conceived by Kim Rosenstock (Tigers Be Still) and written by Rosenstock, Will Connolly (Once) and Michael Mitnick (Sex Lives of Our Parents), this ambitious musical tells the story of a triangle between one boy, Harold (Adam Chanler-Berat), and two girls, sisters Miriam (Allison Case) and Daphne (Patti Murin). A Narrator (Henry Stram) helps us make our way through the starstuff that is woven into our lives and the lives of the earnest, romantic characters on stage (which also include Harold's father, Mr. McClam (Peter Friedman), a playwright, Joey Storms (Bryce Ryness), and a crotchety deli owner, Crabble (Michael McCormick)).

The story, which takes place over the course of exactly one year, November 9, 1964, to November 9, 1965, is not told in a linear manner, and I like that. Having a narrator allows us to jump around, which allows storytellers to reveal different things at their own pace, rather than chronologically. This puts the audience ahead of the characters sometimes, so moments and instants have more poignancy and power. The Narrator helps us track the stories.

And we want to keep track of the stories because they are deeply compelling and so true to life. We are told and we see throughout that things are simple and complex. Everything is a contradiction—there is light in darkness, a great high is followed by a great fall. And there is beauty in that.

Fly by Night more or less begins with Harold telling us about sea turtles. (Chanler-Berat (Next to Normal, Peter and the Starcatcher) is charming and nervous and splendid.) He describes how, on a beach in Florida, for years sea turtles would come into the world and instinctively know to head toward the light emanating from the horizon, and so they go to their home in the sea. But then a highway was built and the light from the highway confused the sea turtles; they started heading toward that light, away from home and away from safety and security. Harold is at a crossroads and wonders if he is a sea turtle. 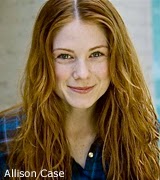 Everyone we meet is wondering if they've chosen the right path. They muddle through the year trying to figure out what their place in this big, star-filled world is. Miriam (Case (Hair, Hands on a Hardbody) is wonderful), whose late father taught her the cosmos, meets a gypsy who tells her her fate, and she spends the rest of the year looking for signs rather than letting life happen. (These competing approaches—looking for the signs or letting things happen—are thought-provoking, and addressed with care in Fly by Night.)

I like this musical. It's staying with me. Stars, light and darkness are significant symbols in Fly by Night (a blackout plays a pivotal role), and we are reminded of the starstuff from which we come. We are reminded that life is precious, and that, indeed, it's not the things you do in life but who you do them with. A fly by night romance this is not, but a romantic, wondrous exploration of the stars and the paths our lives take—that's a musical that's headed to the right light.