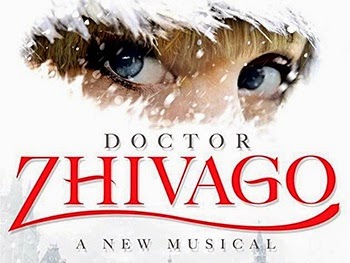 I never read the Boris Pasternak novel. I never saw the Warner Bros. film. And I'm not particularly well-versed in the early 20th century Russian revolution. Which is all to say I didn't know quite what to expect when seeing this musical adaptation of the epic story. Doctor Zhivago isn't really bad (with some exceptions) but it's also not really good.

This is probably a byproduct of having source material that's so epic in scope. The creators of the musical (book by Michael Weller; lyrics by Michael Korie and Amy Powers; music by Lucy Simon) were clearly trying to cram in a lot of story into a two-and-a-half hour show. In doing so, they present a lot of drama without a lot of exposition and character development.

We, therefore, don't get a true sense of the stakes (especially if you're unfamiliar, as I am, with the internal politics of the revolution). And, unfortunately, much of the drama reads like eyeroll-inducing, soap opera-level melodrama. (I'm thinking in particular of the early scenes between Lara (Kelli Barrett, who has a lovely voice) and Pasha (Paul Alexander Nolan). In fact, almost everything about Nolan's (Jesus Christ Superstar) Pasha—and his eventual alter ego, Strelnikov—is over the top, including his volume.)

During intermission, I found myself wanting something truly gripping and intriguing in act two. I did get a little of it when the titular doctor, Yurii Zhivago (Tam Mutu), reunites with his love, Lara. It wasn't enough, though, for me to invest in these characters. Because of the anemic build up, the pay off didn't pay off. 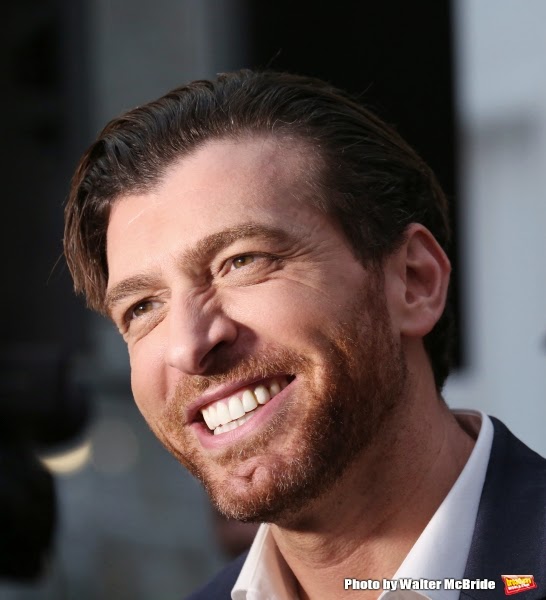 The main plot points of Doctor Zhivago go something like this: Yurii is orphaned at a young age and taken in by a neighboring family, who happen to have a daughter, Tonia (Lora Lee Gayer as adult Tonia). After growing up together, Yurii and Tonia marry. Meanwhile, Lara and her mother hit on hard times but are given a break by Viktor Komarovsky (Tom Hewitt), a local magistrate whose carnal desires, it seems, inform all his actions. Around the same time Yurii and Tonia marry, Lara marries Pasha, the revolutionary. The war breaks out in earnest and goes on to cause families and lovers to be in an endless cycle of losing one another and then reuniting. It goes on like this for a while. (Until all of a sudden it doesn't; the end seems to skip nearly a decade, leaving some significant plot holes in its trail.)

It's a big production, with Michael Scott-Mitchell's scenic design and Sean Nieuwenhuis's projection design trying to match the epic scope of the story. Directed with relative efficiency by Des McAnuff (Jersey Boys, Jesus Christ Superstar), the show did hold my interest while I was watching, though, if I'm being honest, that's mostly because Tam Mutu, making his Broadway debut after racking up credits across the pond, is so appealing. Aside from his rugged good looks, Doctor Zhivago fails to impress.