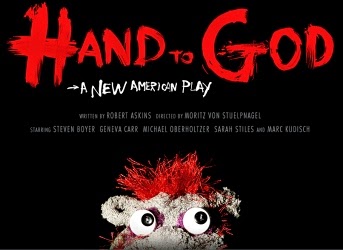 Thank Thespis for producers (like Kevin McCollum) who bring fearless plays like Robert Askins's Hand to God to Broadway. After a celebrated run off-Broadway, Hand to God moves uptown, which is a good thing for savvy theatergoers.

Taking place "nowish" in Texas, Hand to God looks in on Jason (Steven Boyer), an adolescent who recently lost his father. His mother, Margery (Geneva Carr), is channeling her grief into teaching puppet-making at the church, and Jason is a natural, creating his hand puppet, Tyrone. And then Tyrone gets a mind of his own.

Toward the end of the play, Pastor Greg (the always welcome Marc Kudisch) tells Jason that "every man has only one voice, and he has to learn how to use it." Indeed, that is, essentially, what Jason is learning to do throughout. Tyrone is id incarnate (sort of); he has no filter and seems possessed (there's talk of an exorcism).

But in truth, Tyrone is saying the things Jason can't.  Like telling a girl, Jessica (a terrific Sarah Stiles), he likes her. Or standing up to Timothy (Michael Oberholtzer), the kid who's been antagonizing Jason. Or telling his mother what he needs from her. (I can't talk about fight club, but you might say the Jason–Tyrone relationship is reminiscent of Fight Club.)

Hand to God, directed with finesse by Moritz von Stuelpnagel, is outrageous, hilarious and has great music cues. (Pre-show: Christian rock music, fittingly; elsewhere: Johnny Cash's take on "God's Gonna Cut You Down," and The Black Keys' "Howlin' for You.") It is unapologetically adult and biting, with the guts to be mean and make the audience uncomfortable. 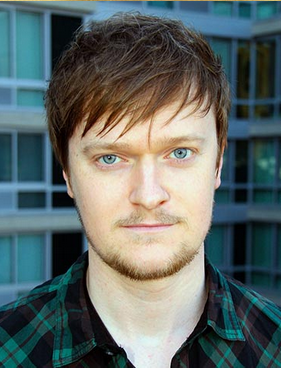 And Steven Boyer (Modern Terrorism) is fantastic. In his hands (literally), Tyrone is a complete character—and so is Jason. Boyer deftly and seamlessly flits from Jason to Tyrone. Sometimes it's adorable (as in the best "cover" of "Who's on First") and sometimes it's appropriately disturbing (as in most of the rest of the show). Boyer plays Jason/Tyrone with sincerity so there are actual pathos involved, we feel for Jason. Hand to God is a triumph of American theatre, hand to god.