The Great Comet, Josh Groban Extend
Josh Groban announced via a tweet that he is staying in Russia a little longer. The singer and actor is making his (impressive) Broadway debut in the the terrific new musical, Natasha, Pierre, and the Great Comet of 1812, and will remain with the show through July 2, 2017. In a follow up tweet from the show's account, we learned that tickets are now on sale through Labor Day. No word on who will succeed Groban, though the current standby, Scott Stangland, played the role in the A.R.T. production, and went on last month when Groban was ill. Additionally, Groban will miss 10 performances this spring, and the show's creator and the original Pierre, Dave Malloy, will step into Pierre's salon, making his Broadway performing debut. Groban will be out and Malloy will be on May 4-9; May 16; June 13; June 20; and June 27. (By the way, in a menschy move, Groban committed to matching Colts owner Jim Irsay's $20,000 gift to BC/EFA. Playbill has the details.) In other Josh Groban news, the performer chatted with Forbes about plans for a new album. 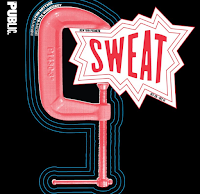 Sweat on Broadway
The insightful Lynn Nottage play, Sweat, running off-Broadway at the Public through December 18, will transfer to Broadway in the spring, marking the Pulitzer Prize–winning playwright's Broadway debut. The production is set to play at Studio 54 (an entirely too large house for the intimate play, in my opinion), with previews beginning March 4, 2017. Opening night is scheduled for March 26. Kate Whoriskey directs, though there is no official word regarding whether or not the (talented) off-Broadway cast will make the transfer, as well. Broadway.com has more.

It's an Honor/End of Year Lists
Kennedy Center Honors—Presenters and tribute performers for the Kennedy Center Honors have been revealed. The honorees—Martha Argerich, the Eagles, Al Pacino, Mavis Staples, and James Taylor—were feted at a December 4 ceremony. Presenters and performers include President Bill Clinton; Yo-Yo Ma; Cynthia Erivo; Bobby Cannavale; Lily Rabe; Bonnie Rait; and Itzhak Perlman, among others. Playbill has the full list of presenters and performers. You can catch an edited version of the celebration on CBS on Tuesday, December 27. 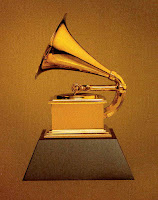 Grammy Awards Nominations—Nominees for the 59th annual Grammy Awards have been announced. View the full list of nominees on grammy.com/nominees. Below, find some nominees in some categories of interest:

Academy Awards—Jimmy Kimmel will host the Academy Awards. This will be Kimmel's first time hosting the Oscars, though he's an experienced awards show host; he most recently hosted this year's Emmys. Oscar nominations will be announced January 24, 2017, and the big show will be held February 26. Variety has more.

Writers Guild of America Awards—The nominees for achievement in writing for TV, new media, news, radio, and promotions have been announced. Among those nominated for WGA Awards are the writing staffs of Game of Thrones; Silicon Valley; Veep; The Night Of; Last Week Tonight with John Oliver; Inside Amy Schumer; and Jeopardy. The Wrap has the full list of nominees, and winners will be announced and honored on February 19, 2017. Additionally, as Variety reports, Aaron Sorkin will received the Guild's Paddy Chayefsky Laurel Award for Television Writing Achievement.