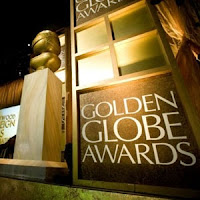 It's an Honor
Golden Globes—The 74th Golden Globe Awards are this Sunday night, and you can expect to see Viola Davis, Brie Larson, Justin Theroux, Reese Witherspoon, Steve Carell, Laura Dern, Timothy Olyphant, Diego Luna, and Amy Schumer, among others, presenting. Visit The Hollywood Reporter for the full list of presenters, and see my post from last month for the full list of nominees.

Eddie Awards—Nominees for the American Cinema Editors Eddie Awards have been announced. Editors for Arrival, Moonlight, and La La Land are among the nominees. Winners will be announced and honored on January 27. The Hollywood Reporter has more.

Casting Awards—Nominees for the Casting Society of America Artios Awards have been announced. Among the nominees are the casting directors for La La Land, Arrival, Nocturnal Animals, 20th Century Women, and Moonlight. Visit The Hollywood Reporter for the full list of nominees.

Writers Guild Awards—Nominees for the Writers Guild of America Awards, honoring achievements in writing for film, have been announced. (WGA Awards for TV and other mediums were announced last month.) For Original Screenplay, Damien Chazelle (La La Land), Kenneth Lonergan (Manchester by the Sea), and Barry Jenkins and Tarell McCraney (Moonlight) are among the nominees. Nominees for Adapted Screenplay include August Wilson (adapting his play, Fences), Eric Heisserer (Arrival), and Tom Ford (Nocturnal Animals). Winners will be announced and honored at a February 19 ceremony. Broadway World has the full list of nominees.

Art Directors Guild—Nominees for the Excellence in Production Design Awards, honoring design work in TV, film, commercials, and music videos, were announced. Emmy winner David Korins (Hamilton, Dear Evan Hansen) is nominated for his work on Grease Live, as are designers for Arrival, La La Land, Nocturnal Animals, Manchester by the Sea, Game of Thrones, Mr. Robot, House of Cards, The Night Of, Mozart in the Jungle, Silicon Valley, Veep, and others. Broadway World has the full list of nominees; winners will be announced on February 11.

Producers Guild of America—Nominees for the PGA Awards (in TV categories) were announced this week. (Nominees for film categories will be announced next week.) Nominees include the producers of The Night Of, Game of Thrones, House of Cards, Silicon Valley, Hamilton's America, Full Frontal with Samantha Bee, Last Week Tonight with John Oliver, and Sesame Street. Deadline has the full list of nominees.