The Newsroom
This week's episode is the pinnacle of storytelling. It was absolutely perfect, don't you agree? From the opening party, which sees John Gallagher, Jr., playing guitar and singing along with Jeff Daniels, to the team's human reactions to the news that Osama bin Laden had been killed (including Charlie Skinner (the great Sam Waterston) asking, "What's the virtue of being first?"), this was an incredible episode. (And, as Aaron Sorkin reminds viewers in "Inside the Episode" on HBO.com, Elliot, Don and Sloan were on a plane because they were coming back from the White House Correspondents Dinner, which took place the night before.) Check out the preview for the next episode, "The Black Out Part 1: Tragedy Porn" (I love a good Aaron Sorkin two-parter!), which pits news against ratings and brings some personal skeletons out of the closet (and also features more theatre vets!) And then check out a preview of what to expect in the weeks to come:

Bonuses:
Speaking of the assassination of Osama bin Laden, Entertainment Weekly has an update on Oscar winner Kathryn Bigelow's film about the hunt for the terrorist leader. 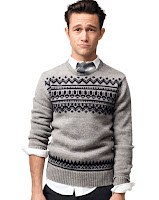 Casting Update: Sesame Street
Broadway.com reports that there are tons of our favorite stars making their way to (or back to, for some) Sesame Street for its 43rd season. Among those slated to hang out with Big Bird and Oscar the Grouch are Amy Ryan, Joseph Gordon-Levitt, funny lady Maya Rudolph, Don Cheadle, Halle Berry, Timothy Olyphant, Modern Family's Eric Stonestreet, Jon Hamm and Supreme Court Justice Sonia Sotomayor!!! So whether or not you have a little tot by your side, tune in to catch these luminaries and all your favorite residents of Sesame Street!

Great Gatsby Pushes Release Date
Baz Luhrmann's film adaptation of F. Scott Fitzgerald's classic novel, The Great Gatsby, was supposed to open on December 25, 2012. Instead, Warner Bros. is moving the release to summer 2013. While president of domestic distribution Dan Fellman says the move is being made to ensure a wider audience for the film, both The Hollywood Reporter and I theorize that it's because Gatsby star Leonardo DiCaprio already has a buzz-worthy movie coming out on Christmas Day: Quentin Tarantino's Django Unchained. This certainly takes care of my dilemma regarding which Leo movie to see on that day, but what do you think it means for the respective films?

Matt Taibbi on Romney's Tax Returns
Weighing in on the ongoing saga of presumptive Republican presidential nominee Mitt Romney, Rolling Stone contributing editor Matt Taibbi says that rather than focusing on the tax returns Romney refuses to release, we (and specifically President Obama) should focus on the content of the already-released returns. In his new blog post, Taibbi says, "The Romney tax returns are a prime example of our increasingly two-tiered bureaucratic system, in which there is one set of rules for poor and middle-class people, and another set of rules for people like Mitt Romney." Taibbi continues, "In Mitt’s case, the money you and I make to support ourselves is called income and is taxed up to 35 percent, but the money Mitt makes raiding companies with borrowed money and extracting draconian management fees from captive companies that have no choice but to pay them is called 'carried interest,' and taxed at a top rate of 15%." Stay tuned to Taibbi's blog and other news outlets throughout the election season, and make an informed decision on Election Day. (Visit Rock the Vote for more information about registering to vote and other Election Day miscellanea.)

This is 40
Check out the latest trailer for Judd Apatow's This is 40, starring Paul Rudd and Leslie Mann:

Arrested Development is Back
The Bluths and Funkes are back in the model home! Deadline reports that the entire cast—Jason Bateman, Portia de Rossi, Will Arnett, Tony Hale, Jessica Walter, Jeffrey Tambor, David Cross, Alia Shawkat and Michael Cera—has reunited and officially begun production on the "gap" season. This fourth season, ten episodes in total, will serve as a bridge to the Arrested Development movie. Each episode, according to previous reports, will follow one character to catch us up on what's been happening since the show prematurely went off the air in 2006. This new season will be available exclusively on Netflix in 2013. 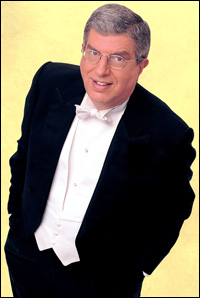