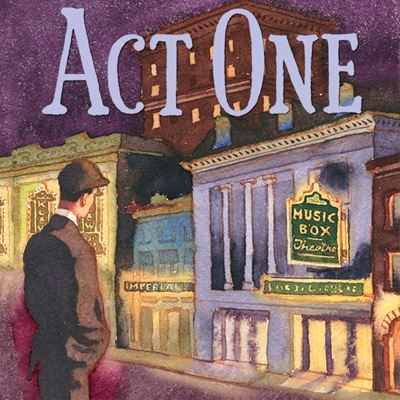 A life in theatre. Act One is a theatre story for theatre lovers, but like all good plays it’s about something much more universal: pursuing a dream. 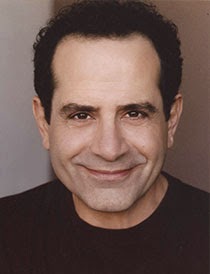 I haven’t read Moss Hart’s eponymous autobiography, from which this James Lapine play is adapted (Lapine also directs the play). That is to say that I can’t speak to the play’s fidelity to the source material, but I don’t think that matters.

What matters is that Hart had a dream, and with tenacity and some remarkably lucky breaks, he carved out a fulfilling and rich life for himself.

We watch as Moss (Santino Fontana) falls in love with the theatre and sets out to become a contributing member of the community. He talks his way into a producer’s assistant job and starts making connections. While working various assistant-level jobs and working in the Catskill Mountains during the summer, he continues to write, and with the help of his friends and an adventurous producer, is connected to the great George S. Kaufman (Tony Shalhoub), who, already established as a theatre stalwart, would go on to be one of Hart’s frequent collaborators. (This all plays out, by the way, on an exquisite, almost-constantly rotating carousel of a set, designed by Beowulf Boritt, that is a character itself.)

Tony Shalhoub, Santino Fontana and Andrea Martin are all top notch. A Tony nominee this year, Shalhoub (Golden Boy) wears many hats portraying not just Kaufman but also other pivotal players in Hart’s life, like his father; and in direct address, Shalhoub also plays adult Hart. (Throughout, Hart is played by three actors: Matthew Schechter, appearing as Hart as a boy; Fontana, who takes over as teenage and young adult Hart; and Shalhoub.) Fontana (a Tony nominee for Cinderella) gives a wonderfully sensitive, twitchy and ardent portrayal. And Tony winner Martin (Pippin), ever the comedienne, appears as all the most important women in Moss’s life, including Aunt Kate, who instilled in Moss a love of theatre.

Touching and funny, this play about a dreamer is the kind of show we’ve been waiting for.
Act One Andrea Martin Broadway Lincoln Center play Santino Fontana theatre Tony Shalhoub