Obie Awards—Celebrating off-Broadway excellence, the 59th annual Obie Awards (Obie as in O.B., off-Broadway) were presented this week. Among the winners were John Ellison Conlee, for his work in The (Curious Case of the) Watson Intelligence, and Sydney Lucas, for her work in Fun Home, making her the youngest Obie winner ever. Broadway.com has the full list of winners, and Broadwayworld.com has photos.

Lily Awards—Honoring women of distinction in American theatre, Lily Awards will be presented to honorees on June 2. Honorees will include Kelli O'Hara (The Bridges of Madison County), Rebecca Naomi Jones (Murder Ballad, American Idiot), Jeanine Tesori (Violet) and recent Oscar winner Kristen Anderson-Lopez, among others. Playbill has the full list of honorees.

Tony Awards—Playbill reports that the Tony Awards broadcast will begin with a performance from After Midnight, one of the four musicals nominated for Best Musical. After Midnight's performance will feature several of the "special guests" who have joined the After Midnight company thus far, like Fantasia and k.d. Lang, as well as upcoming special guests, like Patti LaBelle and Gladys Knight. Broadway's big night will also feature nominee Jessie Mueller and (most likely) Carole King performing a song from Beautiful, and a preview from the upcoming Broadway show, The Last Ship, which features a score by Sting. In addition, casts have been told to stick around until the end of the broadcast for a mega finale. Hosted by Hugh Jackman, the Tony Awards will be presented on Sunday, June 8, and broadcast on CBS.

Shakespeare in the Park Casting: King Lear
A terrific cast is being assembled to join John Lithgow in this summer's Shakespeare in the Park production of King Lear. The cast will include Annette Bening as Goneril; Jessica Hecht (Stage Kiss) as Regan; and Jessica Collins as Cordelia. Theater Mania has the full cast list. King Lear is scheduled to begin previews on July 22, with opening night set for August 5. The limited run will conclude August 17 (unless, of course, it's extended, which is a probability). The first production of the Shakespeare in the Park season is Much Ado About Nothing, which stars Lily Rabe and Hamish Linklater as Beatrice and Benedick. (Rehearsals for that began this week, and Broadwayworld.com has photos!) Visit shakespeareinthepark.org for more information.

Comedy Tonight?
A Broadway revival of A Funny Thing Happened on the Way to the Forum might be headed our way in spring 2015. Broadway.com, reporting on a New York Times piece, says the Stephen Sondheim, Larry Gelbart and Burt Shevelove musical could return to Broadway, but don't expect any old revival: Alex Timbers (Here Lies Love, Rocky) is rumored to be directing this iteration! What will Timbers do to freshen up this classic? Scroll down for a Soundcheck interview with the genius director. Additionally, reports speculate that Tony winner James Corden (One Man, Two Guvnors) might star as Pseudolus, taking on a role made famous by Zero Mostel. I'll be sure to keep you posted, but in the meantime, enjoy this: 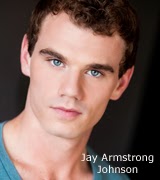 Broadway—Ahoy, sailors! Jay Armstrong Johnson (Hands on a Hardbody), Tony Yazbeck (Gypsy) and Clyde Alves (Bullets Over Broadway) will lead the company of the upcoming On the Town revival. The musical was created by the impressive team of Jerome Robbins, Leonard Bernstein and Betty Comden + Adolph Green, and has its origins in Robbins's Fancy Free. The revival marks the 70th anniversary of the show, and will be directed by John Rando, with choreography by Joshua Bergasse. Also of note is, as Playbill notes, the production will feature a 28-piece orchestra, which is impressive these days. On the Town will play the Lyric (nee Foxwoods) Theatre, with previews beginning September 20. Opening night is scheduled for October 16.

Television—The hunky and talented Steven Pasquale (The Bridges of Madison County) has been cast in a recurring role in the upcoming Netflix original series from Damages creators Todd Kessler, Daniel Zelman and Glenn Kessler. (The drama series is still untitled.) Pasquale joins the previously announced Norbert Leo Butz (Big Fish, How I Learned to Drive), Kyle Chandler (Zero Dark Thirty) and Linda Cardellini (Freaks and Geeks), among others. Deadline has more.

Broadway—Full casting has been announced for the Broadway mounting of The Curious Incident of the Dog in the Night-Time (which might win next season's prize for the most awkward title). The hit production from London's National Theatre will begin Broadway previews at the Barrymore on September 10, with opening night set for October 5. Among the cast are Alexander Sharp, Ian Barford and Francesca Faridany. The Curious Incident... is written Simon Stephens, adapted from Mark Haddon's novel, and directed by Marianne Elliott (War Horse). Playbill has the full cast list. 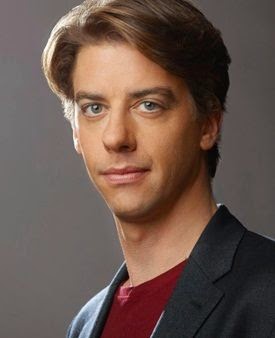